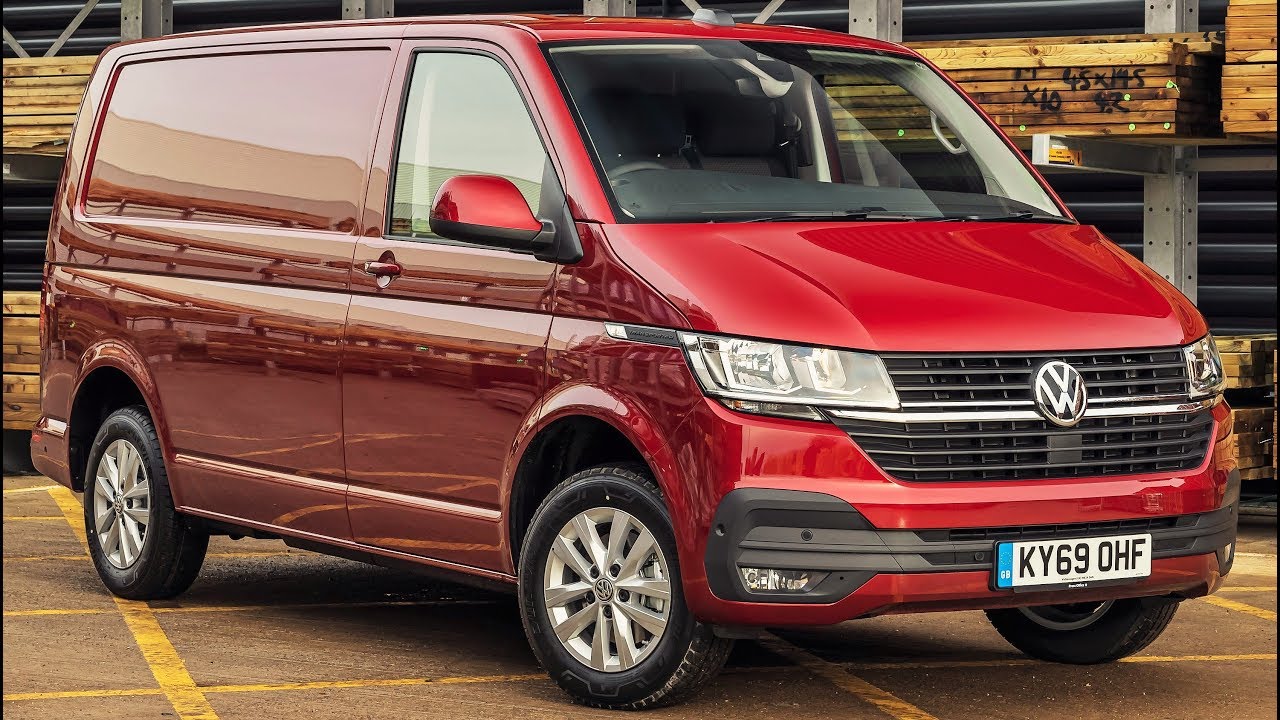 Such is the strength and rigidity of the T6.1’s body that it can be fitted with two sliding doors. A nearside door is standard, with a right-hand door available as an option. Electrically operated sliding doors are also available.

Every T6.1 is available with a choice of either a large tailgate, or versatile rear wing doors – with the option to specify 250 degree opening angle hinges (LWB only). Both are available glazed or in solid metal for maximum security.

With a low load bed, maximum opening width of 1,473 mm and maximum load height of 1,940 mm, the T6.1 is designed to make work easier. All panel van models provide a spacious load compartment with volumes ranging from 5.8 m3 for the short wheelbase low roof, to 9.3 m3 for the long wheelbase high roof. Up to three Euro pallets can be accommodated in long wheelbase models, while multiple load-lashing rings, sturdy painted load floors and a range of optional bulkheads and storage solutions mean that all requirements can be catered for.

Powering the T6.1 is a range of efficient and refined diesel engines with power outputs ranging from 90 PS to 199 PS. Seven-speed DSG gearboxes are available on selected models, as is 4MOTION four-wheel drive. All Transporter 6.1 TDI engines fulfil the latest Euro 6d TEMP EVAP emissions standard.
Another first for the Transporter 6.1 is the fitment of electromechanical power steering. Unlike the hydraulic system it replaces, the new steering system can be controlled electronically as needed and thus reduces fuel consumption.

The move to an electro-mechanical design also allows for the introduction of a range of new driver assistance systems including Lane Assist, Park Assist and Trailer Assist. To use the latter, the driver uses the rotary knob of the electrical wing mirror adjustment system as a joystick. Using the display on the dashboard, the driver simply sets the angle at which the trailer needs to be reversed and the Transporter takes care of the rest.

The layout further refines Volkswagen’s acclaimed ergonomics and adds a host of additional storage areas, including a new shelf in front of the driver and a larger, open storage bin and extra shelf in front of the passenger. Also new are the cup holders near the A-pillars, plus a larger tray for a smart phone with, as an option, an inductive interface for charging.

Typifying Volkswagen’s attention to detail, the reworked air vents can now be adjusted in every direction and simultaneously opened or closed using one slider control. Previously a second slider was needed for opening and closing. The steering wheels have also been redesigned. On the new multifunction steering wheel there is now a View button, which enables the driver to switch between the Digital Cockpit’s different display configurations with just one click.