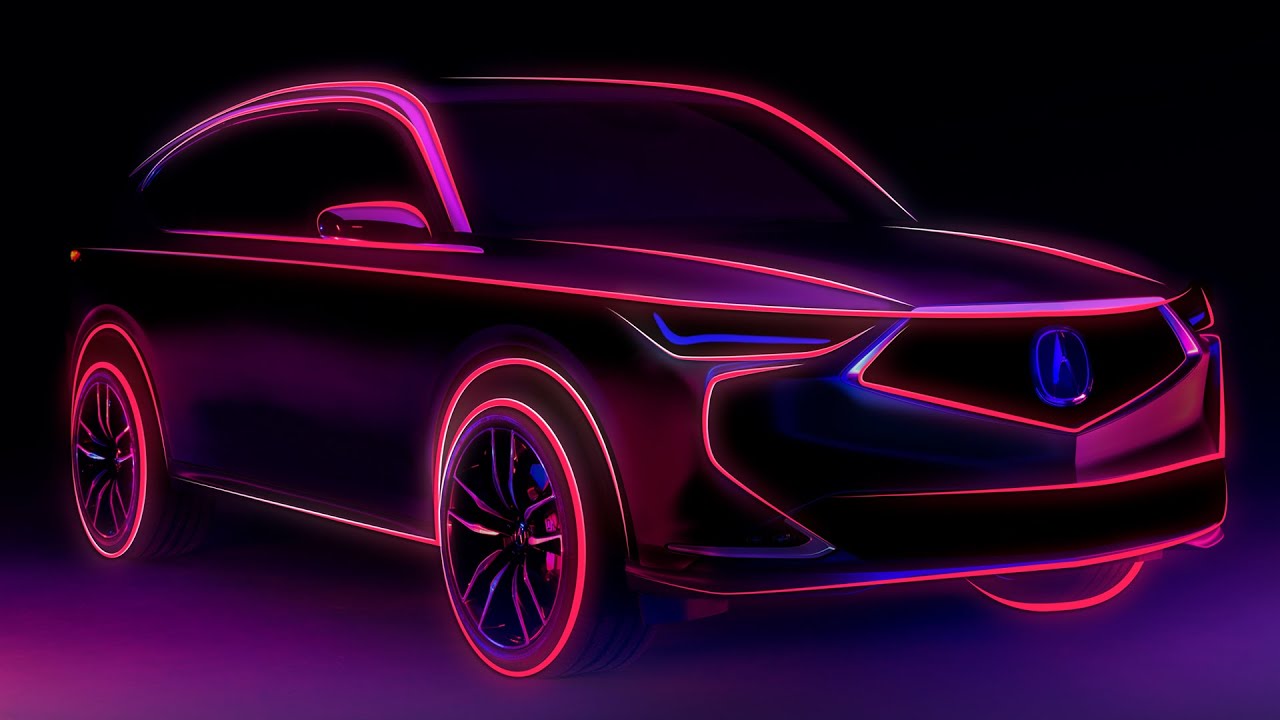 2021 Acura MDX 3-row luxury SUV – Exterior and Interior Teaser. Next week, Acura will reveal a prototype of the fourth-generation MDX crossover. It’s a preview of the production version to come, and a new teaser – a preview of a preview – gives us our first glimpse of its interior, though, honestly, this looks production-ready. The stylized, blue-and-red colored video has the camera swooping through the interior, transitioning between dramatic closeups and disorienting twirls.

The prototype’s interior looks strikingly similar to that of the 2021 Acura TLX with its split dashboard and instrument panel design. Like the TLX, the MDX features a wide full-HD tablet-style infotainment screen on top with the HVAC and other controls underneath it and a pair of HVAC vents. The center console features a shift lever – no fancy buttons here – and a touchpad. Acura says the prototype features a 25-speaker ELS Studio 3D premium sound system and the Acura Precision Cockpit.

Even with the video’s frenetic filming style, it was easy to spot details like the high-contrast French stitching and piping and open-pore wood used throughout the interior. It’s a nice touch that stands out on the top of the dashboard. Creature comforts include multiple-mode massaging front seats, and, likely, much, much more. It’s a welcomed upgrade over the third-gen MDX, which had several aging aspects, like the infotainment system wrapped in a dated-looking package.

Acura says this will be its flagship offering, sitting above the RDX in the lineup. It’ll have three rows and seven seats and be another notch in the automaker’s ambitious redesign plan. A teaser video from last week saw Acura showing off the exterior, revealing the crossover’s principal design lines. That teaser appeared to match patent images and other leaked photos of the vehicle’s exterior. From everything we see so far, it looks like Acura will have a stunning new crossover – er, prototype – soon.