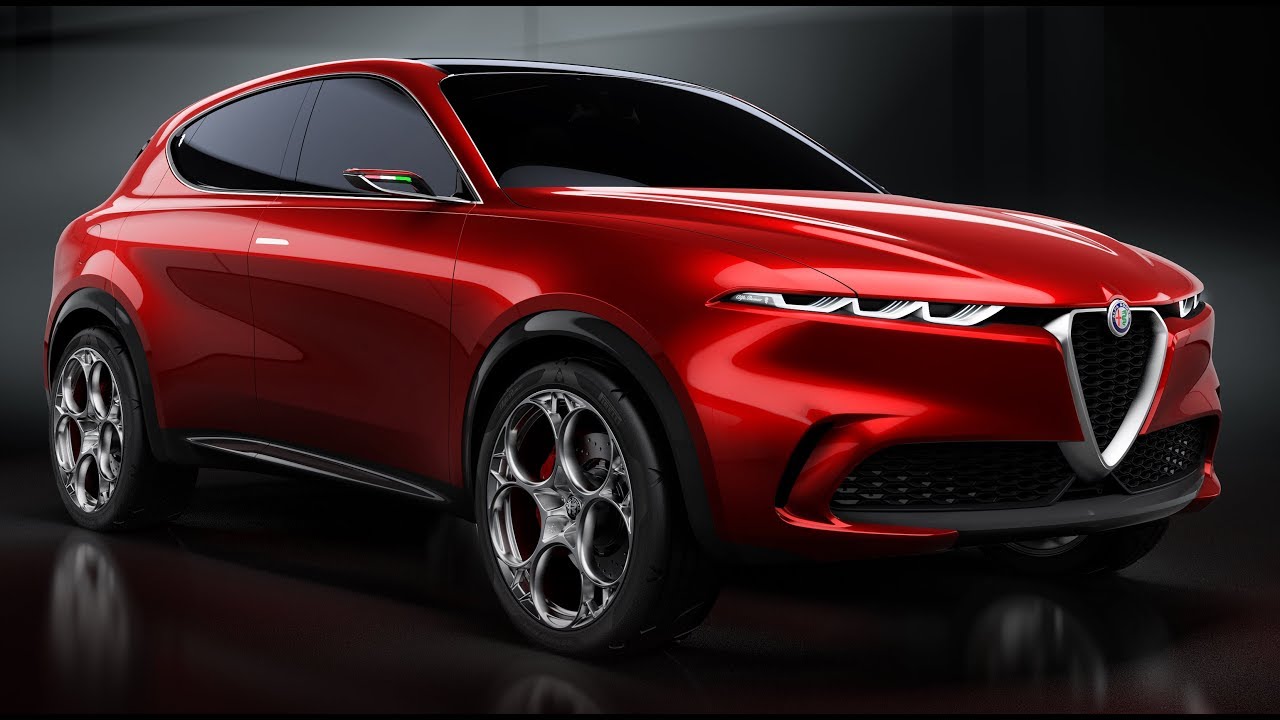 2021 Alfa Romeo Tonale – Fantastic SUV. There was a time when sporting brands like Alfa Romeo wouldn’t consider making an SUV. But two years ago it launched the Stelvio, proving that it can mix with the best, so now the stage is set for a smaller, more affordable SUV. That model will be the Tonale, which was recently revealed in concept form.

Underneath, the Tonale is closely related to the Jeep Renegade, but its styling naturally takes inspiration from the Stelvio, as well as older Alfa Romeo models; the 21in wheels, for example, are inspired by the 1960s 33 Stradale sports car, while the narrow, tri-part headlights look like those on the SZ and Brera coupés.

power and range
Most excitingly, though, the Tonale will be Alfa Romeo’s first electrified car, with a plug-in hybrid system comprising a petrol engine at the front and an electric motor at the rear. A similar set-up was recently revealed in the Renegade with 236bhp, but any Alfa Romeo version should have significantly more power.

No further technical details have been revealed, but an electric-only driving range of at least 30 miles is expected. Conventionally powered Tonales are likely to follow, and there’s the possibility of a red-blooded Quadrifoglio performance model.

Drivers will be able to choose from three driving modes: Advance, which makes the Tonale drive on electricity alone, Dual Power, which serves up optimum performance, and Natural, which mixes the petrol and electric power sources with fuel economy in mind.

interior
Much of the concept car’s interior styling will be toned down, but key elements, including the Alcantara-and-leather seats, backlit panels, steering wheel-mounted start button, 12.3in digital instrument display and 10.3in infotainment touchscreen will remain. The latter displays new software with a focus on ease of use and greater connectivity.

price
The Tonale is expected to cost less than the Stelvio, despite being a plug-in hybrid. An entry price of close to £30,000 would make it competitive against the likes of the Audi Q3, BMW X1 and class-leading Volvo XC40.