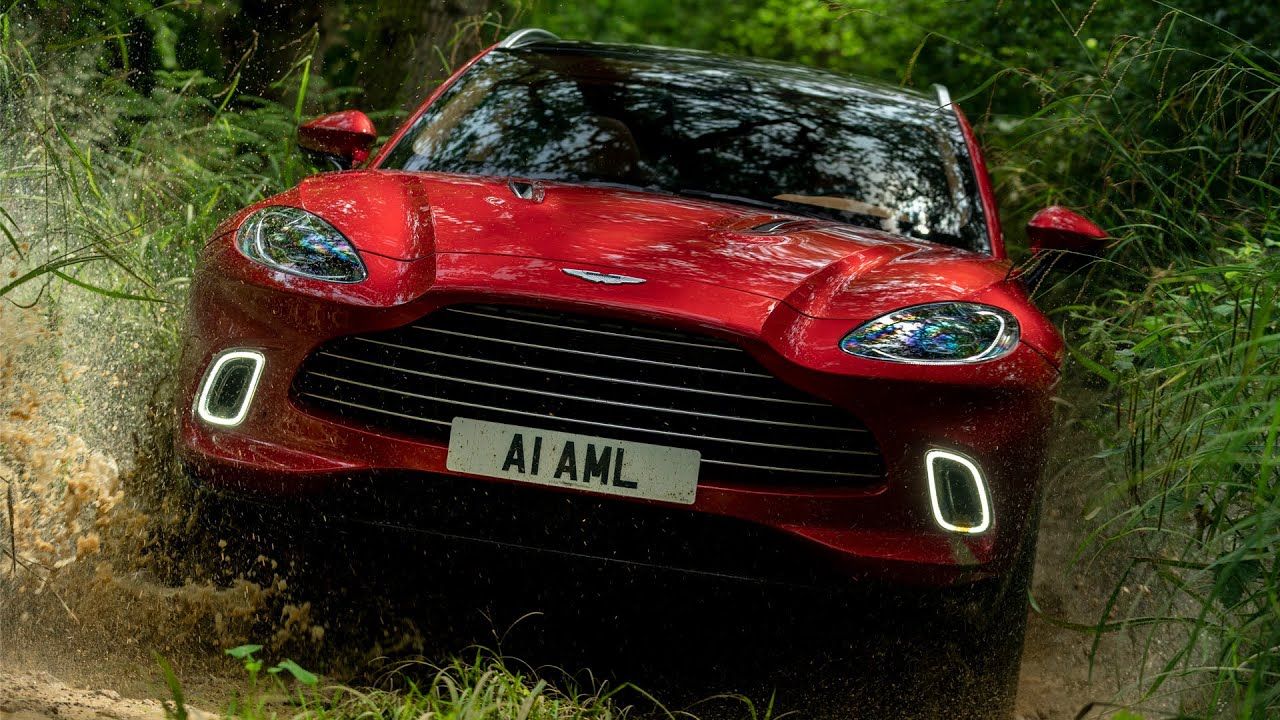 2021 Aston Martin DBX SUV – OFF-ROAD TEST DRIVE. The 2021 Aston Martin DBX marks the legendary British sports-car maker’s first foray into SUV territory—and its simultaneous entrance into high-end family transportation. The company best known for supplying James Bond with his wheels now aims to capitalize on the hugely popular crossover market that has already seduced iconic rivals, such as Lamborghini with its wild Urus SUV. While the DBX doesn’t have the Lambo’s extroverted styling, it delivers its own brand of beauty. It also drives with the same liveliness and grace that Aston Martin is known for. Plus, the 2021 DBX can be taken off-road and tow heavy loads, which is what’s expected of ultra-expensive luxury crossovers.

The DBX is totally new for 2021 and is Aston’s first SUV. Rumor has it that a three-row variant could join the lineup next year; a performance AMR model with more power and more aggressive suspension tuning is also a possibility.

Aston Martin offers an impressive number of personalization options for the DBX, especially through its Q customization service. The company’s online configurator has several different themes that are similar to appearance packages, but with a better sense of exclusivity. Among the myriad choices, which include names such as Malibu Opera and Capri Machine, we’d select the Bohemian Escape for its beautiful color options that are said to be inspired by the British countryside. We’d stick with the default Minotaur Green paint as well as the 22-inch black-and-bronze Ribbon wheels. We’d also opt for the Indulgence package, which brings heated and ventilated front-seat cushions, additional front-seat adjustments, and rear windows with acoustic privacy glass.

Engine, Transmission, and Performance
The DBX is powered by a twin-turbo 4.0-liter V-8 engine supplied by Mercedes-AMG. The engine makes 542 horsepower and 516 lb-ft of torque and pairs with a nine-speed automatic transmission also supplied by Mercedes. While the DBX is fundamentally rear-wheel drive, a center transfer case sends torque to the front axle when slippage is detected at the rear, and there is also a limited-slip rear differential. Adaptive dampers and air springs are also standard. The version we drove on England’s best roads showcased the engine’s lusty soundtrack and the transmission’s unobtrusive operation. Its chassis demonstrated a broad range of demeanors, thanks to a diverse set of drive modes, which ranged from refined and relaxed to responsive and playful. The DBX is not just another pretty face, either: it can tow 5940 pounds and can actually venture off-road with its adjustable ride height and descent-control features.

Interior, Comfort, and Cargo
The DBX shares a lot of its switchgear with the rest of the Aston Martin family. The cabin is covered in attractively stitched leather, soft-touch surfaces, and a microsuede headliner. The DBX comes standard with a 12.3-inch fully digital gauge cluster, customizable ambient lighting, three-zone climate control, and heated front and rear seats. Its top options include ventilated front seats, a heated steering wheel, and a variety of even fancier cabin materials. Rear-seat space is ample, with plenty of knee- and headroom for adult occupants. There’s good cargo space, too, with 22 cubic feet of space behind the rear seat and 54 cubic feet with the rear seats folded.

Infotainment and Connectivity
While every model has a large 10.2-inch infotainment screen, it doesn’t respond to touch inputs. Instead, the unit is based on an obsolete Mercedes interface and is controlled through steering-wheel controls as well as a rotary knob on the center console—an integrated touchpad is optional. The DBX does include popular features, such as Apple CarPlay, built-in navigation, a 14-speaker audio system, and several USB and 12-volt charging outlets.

Safety and Driver-Assistance Features
The 2021 DBX hasn’t been crash-tested by the National Highway Traffic Safety Administration (NHTSA) or the Insurance Institute for Highway Safety (IIHS). The Aston is available with some driver-assistance technology, but the roster is surprisingly absent of content such as lane-keeping assist. Key safety features: