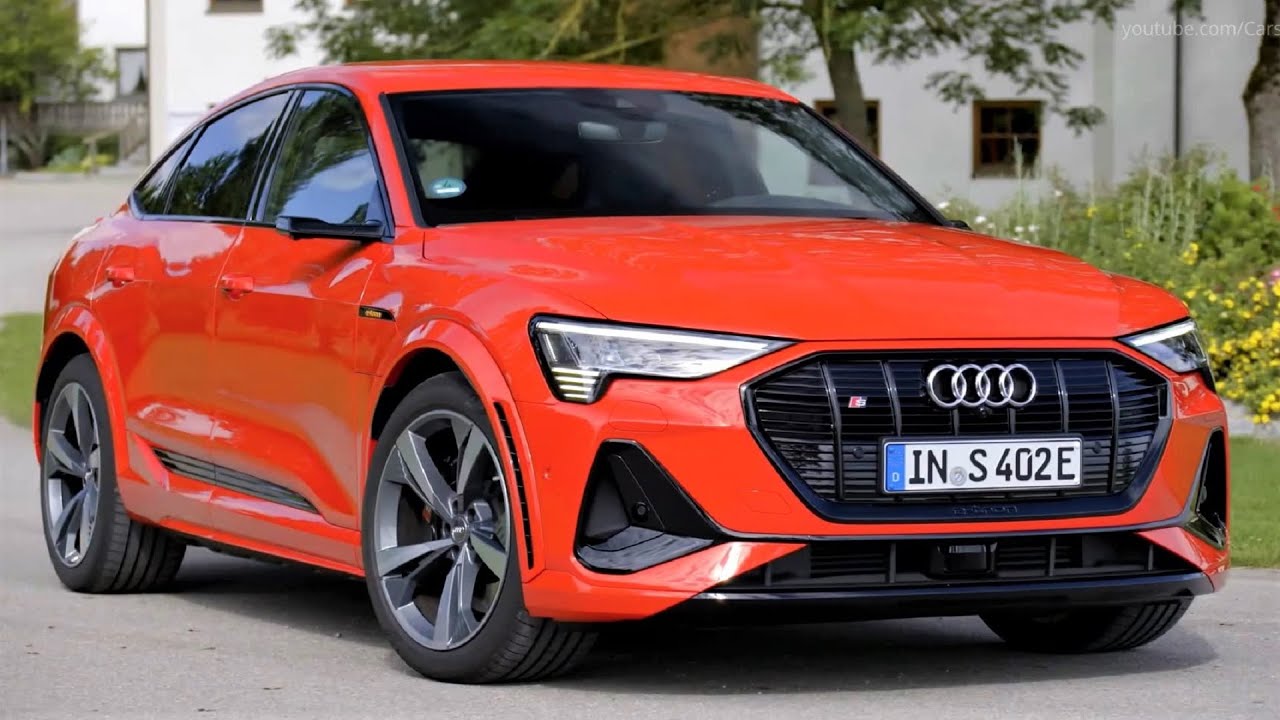 The new Audi e-tron S and the new Audi e-tron S Sportback deliver dynamics in a new dimension. In S gear, they provide their full boost performance for eight seconds – 370 kW of power and 973 Nm (717.6 lb-ft) of torque. The standard sprint takes just 4.5 seconds and acceleration ends at 210 km/h (130.5 mph).

The front electric motor from the e-tron 55 operates together with a structurally identical counterpart and individual modifications in the rear. The high-voltage battery has a gross energy capacity of 95 kWh, of which 91 percent (86 kWh) is usable. With one battery charge, the Audi e-tron S and the Audi e-tron S Sportback achieve ranges of up to 364 km (226.2 mi) and 370 km (229.9 mi) respectively in the WLTP cycle.

In order to improve efficiency, only the rear electric motors are engaged as long as the Audi e-tron S and the e-tron S Sportback are operating in normal driving mode. The front electric motor flashes into action when the driver demands more performance, or predictively before traction subsides.

Electric all-wheel drive is now enhanced with electric torque vectoring: Each of the rear electric motors sends the drive torques directly to the respective wheel via a single-speed transmission; there is no more mechanical differential. Need-based regulation takes just milliseconds and can manage very high drive torques.

Drivers experience the excellent agility and traction of the electric S models in particular when challenging them on curvy roads. Their character has a stronger emphasis on the rear end and is even sportier than that of the technical basis. If the ESC stabilization control is set to “sport” and the Audi drive select dynamic handling system is set to maximum performance in “dynamic” mode, the drive layout facilitates a high level of transverse dynamics and, upon request, controlled drifts as well. When approaching the physical limit, the unloaded front wheel on the inside of the curve is decelerated slightly via the wheel brake to prevent slip and further refine handling. The sharp dynamism, high level of precision, and uncompromising safety are based on the close networking between all control units that manage the drive and suspension systems.

The large high-voltage battery ensures a balanced distribution of the axle loads and is installed in a low position comparable to that of the three electric motors. This lowers the car’s center of gravity, which offers great advantages in terms of handling. The progressive steering, whose ratio becomes increasingly direct as the steering movement increases, emphasizes the sporty character. The suspension has S-specific tuning. The Audi drive select system offers seven driving profiles. For example, it accesses the adaptive air suspension sport – the air suspension with regulated damping can vary the level of the body by up to 76 millimeters (3.0 in) depending on the driving situation and settings.

The electric S models are equipped with 20-inch wheels as standard and come with tires that are already 285 millimeters (11.2 in) wide. 21-inch wheels are available upon request and even sportier 22-inch wheels will follow at a later time. Fixed calipers with six pistons each are installed in the front above the large brake disks; fist calipers are installed in the rear. The brake calipers are painted black as standard and feature the S logo. Upon request, they can be painted in a bright orange and decorated with the e-tron logo.

The brake is actuated and regulated via a compact module that controls the pressure build-up electronically (by wire), reinforces it electrically, and actuates the brakes hydraulically. An electric spindle drive actuates the displacing piston in a flash: The brake pads are in full-pressure contact with the disks after just 150 milliseconds. Depending on the driving situation, the brake control system decides individually for each axle whether the car will decelerate with the electric motors, the wheel brakes, or a combination of both systems.