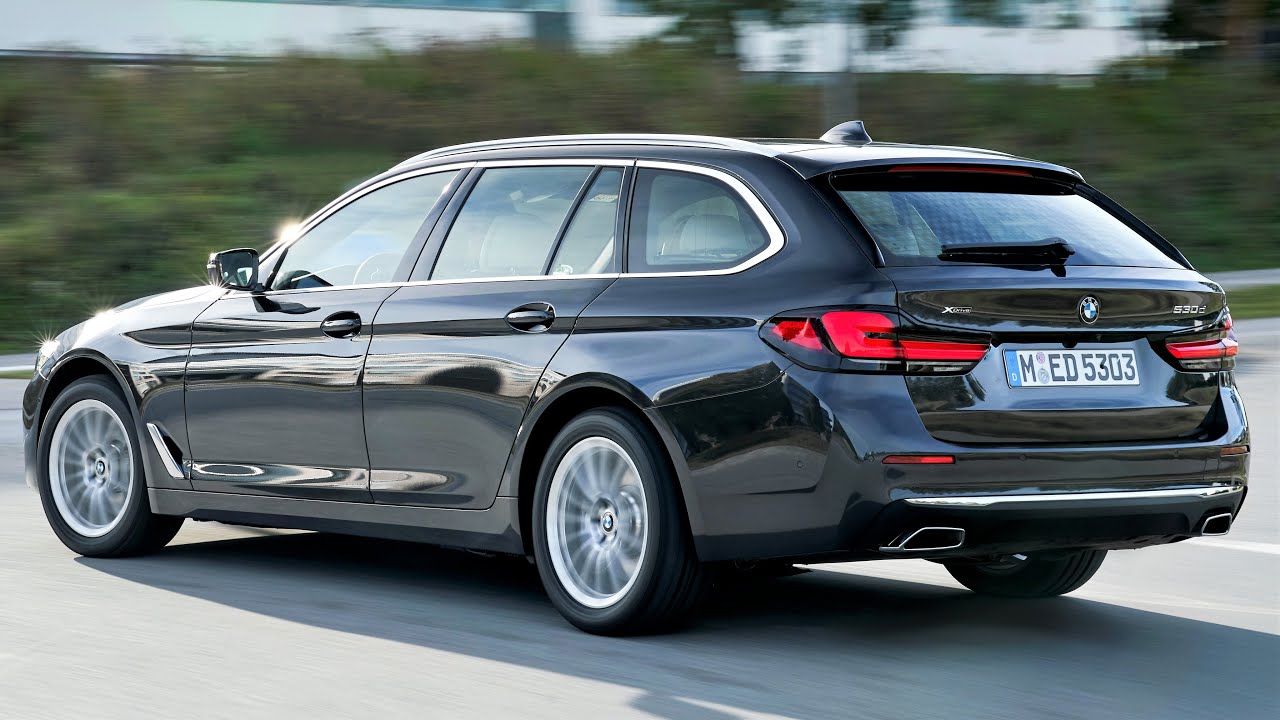 The six-cylinder in-line engine powering the BMW 530d and BMW 530d xDrive employs two-stage turbocharging for the first time and combines it with a direct injection system whose piezo injectors produce maximum pressure of 2,700 bar. The variable turbine geometry used in the turbocharging system’s low-pressure stage lends itself to a continuous build-up of power. There is now 650 Nm (479 lb-ft) of peak torque on tap between 1,500 and 2,500 rpm, an increase of 30 Nm (22 lb-ft) on the previous engine. The maximum output of the new diesel unit stands at 210 kW/286 hp, 15 kW/21 hp more than before.

The new BMW 5 Series Touring continues to offer self-levelling air suspension at the rear axle as standard. This system makes allowance for the Touring model’s increased load-carrying potential compared with the Sedan and keeps the car at a constant ride height under all driving and load conditions while at the same time controlling vibrations.