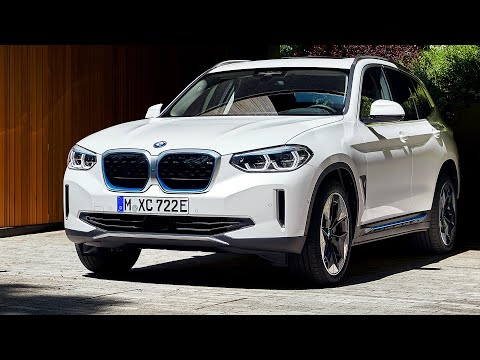 2021 BMW iX3 – Fully Electric SUV – Can It Compete With Tesla Model Y?. The new BMW iX3 also embodies the strategic “Power of Choice” approach with which the BMW Group is covering the broad varietyof customer requirements and statutory regulations around the world. The BMW X3 will be the first model to be available with highly efficient petrol and diesel engines, a plug-in hybrid system or a pure-electric drive system. The market launch of the iX3 will begin later in 2020, when sales get underway in China. It will be the brand’s first model to also be built for export at the Shenyang plant in China, which is operated by the joint venture BMW Brilliance Automotive.

The new drive system unit generates maximum output of 210 kW/286 hp and peak torque of 400 Nm (295 lb-ft) which, unlike with many other electric motors, is sustained at high revs. The new BMW iX3 sprints from 0 to 100 km/h (62 mph) in 6.8 seconds, putting it on equal footing with the conventionally powered BMW X3 xDrive30i. Top speed is electronically limited to 180 km/h (112 mph).

Cutting-edge battery cell technology plays a central role in the latest development stage of high-voltage batteries. The storage capacity of the battery, relative to the installation space required and its weight, has been substantially increased. The gravimetric energy density of the 188 prismatic cells in the new BMW iX3 is around 20 per cent higher than the one of the battery cells used by the BMW Group for fully electric vehicles up to now.
A gross energy content of 80 kWh – of which 74 kWh is utilised – and the high efficiency of the drive systems allow the new BMW iX3 to offer a range of up to 459 kilometres (285 miles) in the WLTP test cycle and up to 520 kilometres (323 miles) in the NEDC test cycle.

The new technical features making their debuts under the banner of the fifth- generation BMW eDrive technology include an innovative charging unit, sending power to both the 400V battery and the 12V on-board power supply. When using alternating current terminals, it enables both single-phase and three-phase charging at up to 11 kW. Plugging the vehicle into a direct current fast-charging station facilitates charging outputs of up to 150 kW. The high-voltage battery in the new BMW iX3 can therefore be charged from 0 to 80 per cent of its full capacity in 34 minutes. Drivers can inject the power required to add 100 kilometres (62 miles) to the car’s driving range (in the WLTP cycle) in 10 minutes of charging.