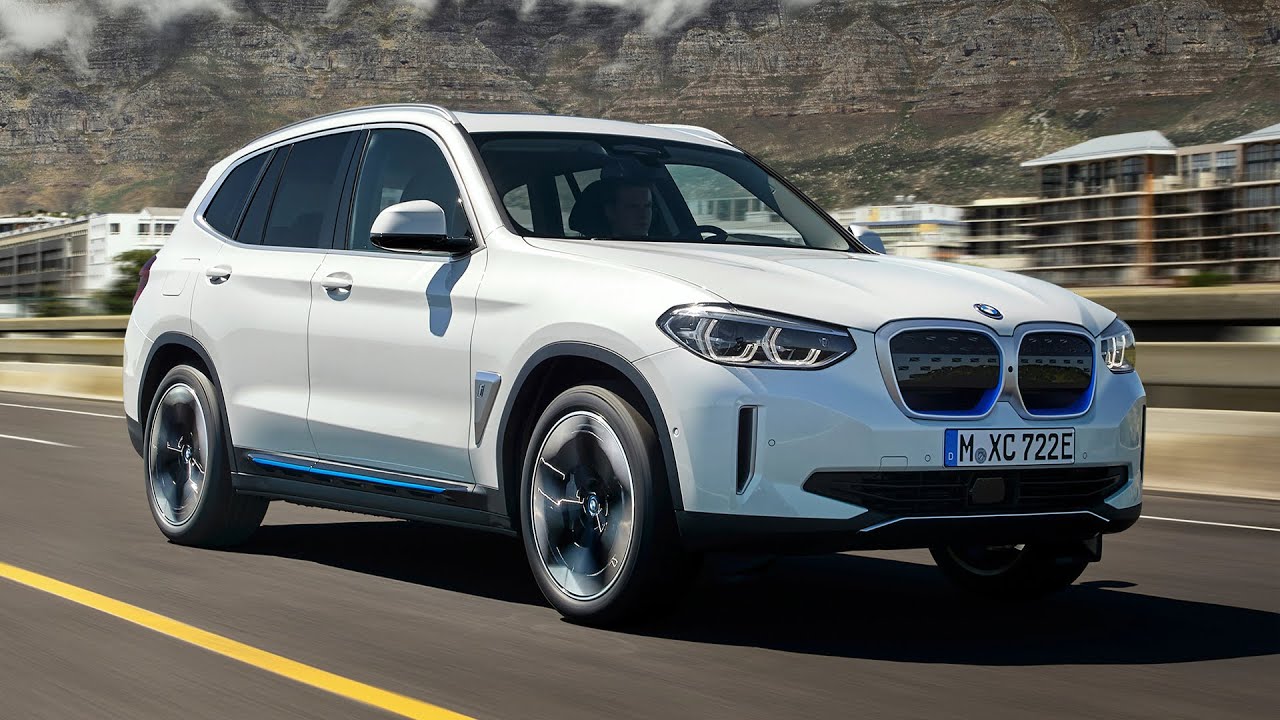 2021 BMW iX3 – RWD Electric SUV With 282 HP, 286 mile range. The BMW iX3 is finally debuting as a production model after being previewed in concept form back in April 2018. To no one’s surprise, it’s nearly a carbon copy of the Beijing showcar, right down to the design of those aero wheels reducing the drag coefficient by five percent.

The sleek wheels contribute to the electric SUV’s relatively low drag coefficient of 0.29, which was achieved also by installing a largely closed kidney grille and underbody to reduce wind resistance. It’s still an X3-based compact crossover in terms of design, but it sits 7.5 centimeters (2.9 inches) lower compared to the versions equipped with combustion engines.

As previously announced by BMW, at the heart of the iX3 is a single electric motor sending power to the rear wheels, with no word about a possible dual-motor xDrive variant at this point. It produces 282 horsepower (210 kilowatts) and 295 pound-feet (400 Newton-meters) of torque to enable a 0 to 60 mph (96 km/h) sprint in 6.8 seconds.

The German luxury brand wishes to point out the EV’s acceleration performance is on par with the X3 30i, but bear in mind the top speed is electronically governed at 112 mph (180 km/h) to preserve range as much as possible. Speaking of which, the 80-kWh battery pack has a 74-kWh usable capacity and offers 286 miles (460 kilometers) of range per WLTP. That’s actually more than what the concept had and also slightly more than the initial estimations made by BMW for the production model.

Once you’re out of juice, support for 150-kW charging means you can charge the battery from 0 to 80 percent in precisely 34 minutes. BMW has done the math and it says 10 minutes of charging translates to 62 miles (100 kilometers) of range based on the WLTP regime.

The market launch is scheduled for later this year and production will take place in Shenyang, China through the BMW Brilliance Automotive joint venture. For the time being, the iX3 is not planned for a US launch.