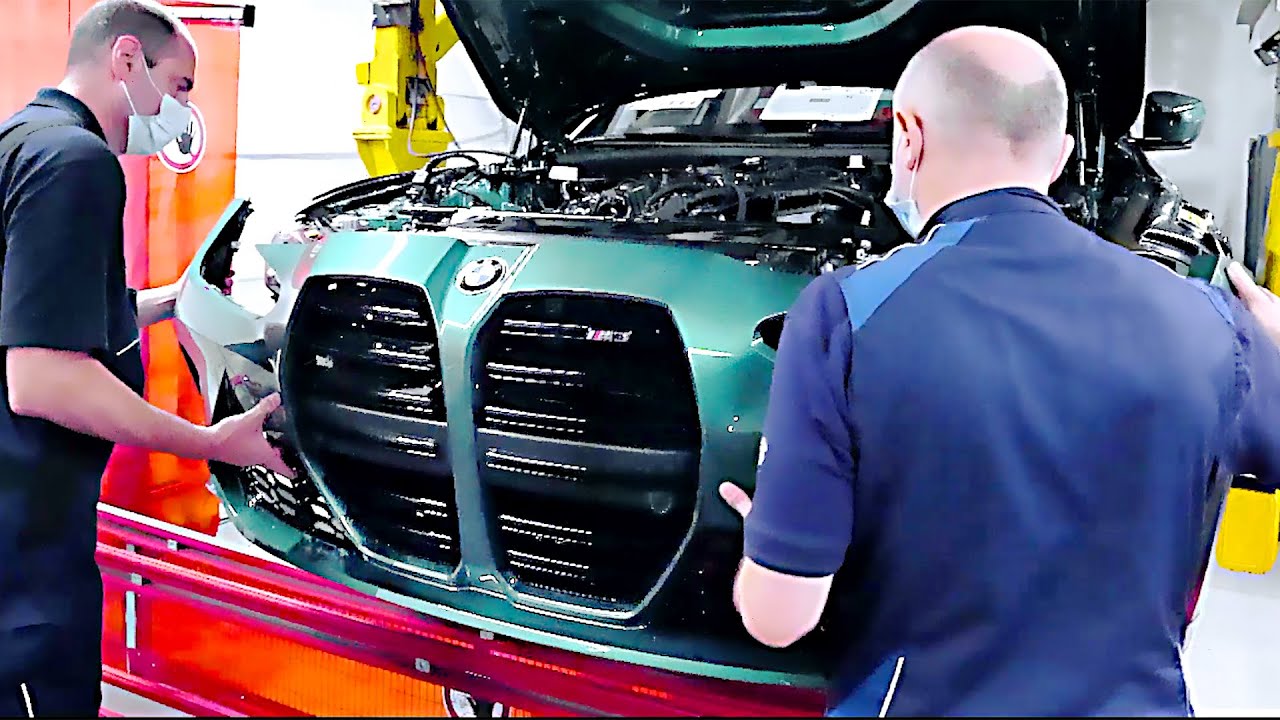 From the 3 Series Sedan and 3 Series Touring to the M3, including all plug-in hybrid, petrol and diesel engines – all models and drive variants are made on the same line. “The integration of the M3 went absolutely smoothly. We benefitted from the vast experience gained with previous generations of BMW M vehicles,” explained Robert Engelhorn. The BMW M4 was produced in Munich until well into the spring; it has now found its new home at the Dingolfing plant. This has meant that the stand-alone assembly process for the CFRP roof of the M4 Coupe, for example, could also be adopted for the new M3. At the Munich plant’s in-house seat production where the newly developed M carbon bucket seats are manufactured, on the other hand, totally new manual workflows are being introduced. The hood and the side panels of the M3 are also handcrafted and assembled manually.