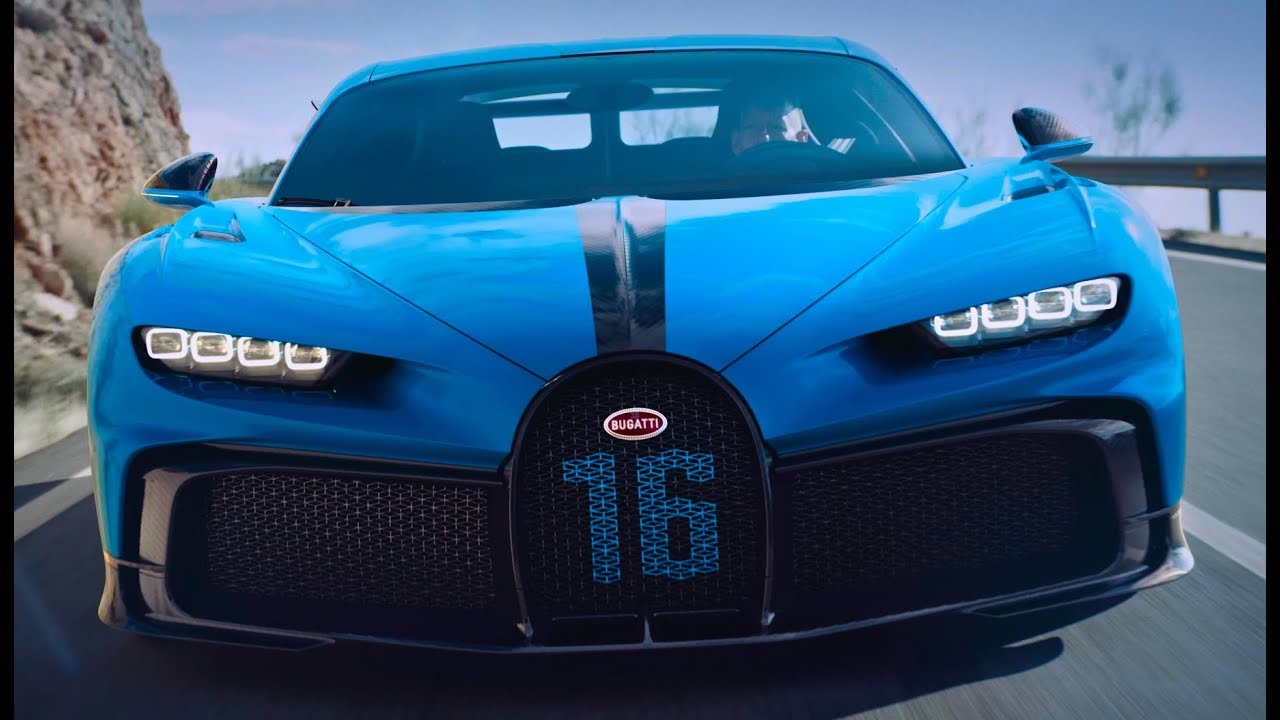 2021 Bugatti Chiron Pur Sport – Specs, Design, Interior and Driving. Bugatti made automotive history in 2019 when it built a long-tail variant of the Chiron that was still accelerating when it smashed through the 300-mph barrier. With the speed record broken and set, the French company wants to prove it also knows a thing or two about handling with a new Chiron version named Pur Sport.

“It’s a lot of little details that add up to a very different driving experience. You immediately feel the car is nimbler and more agile,” explained Frank Heyl, the company’s deputy design director, in an interview with Autoblog.

Heyl’s team worked directly with Bugatti’s engineering department to create a front fascia with wider air intakes, a redesigned splitter, and a bigger grille. Out back, it’s impossible to miss the 74-inch long wing that unlocks quicker cornering speeds by adding downforce. Below it, a pair of exhaust tips 3D-printed in titanium are integrated into a taller air diffuser made with carbon fiber. There’s no way to miss the Pur Sport if it passes you on the highway.

The rear wing is fixed, and its mounts form an X-shaped insert. Heyl told us Bugatti deliberately sent the Chiron’s hydraulically-operated spoiler back to the parts bin to save as much weight as possible. It shaved a total of 110 pounds, which is far more impressive than it sounds. “You have to consider this: we’ve done everything we could to save weight on the base Chiron. We’ve put the most expensive materials inside this car, and used the most expensive solutions already. To gain another [110 pounds] was quite a challenge,” he pointed out.

The wheels received attention, too, and we’re not just talking about the design or the -2.5 camber angle. “[The two rings] suck air from the inside of the wheel to the outside, which creates downforce and improves the brake cooling by increasing airflow through the wheel,” Heyl explained. The 20-inch front and 21-inch rear wheels are made of magnesium to reduce unsprung mass by 35 pounds, and they’re wrapped by Bugatti-exclusive Michelin Sport Cup 2 R tires manufactured with a stickier compound. All told, the tweaks made at the Chiron’s four corners increase its lateral acceleration by 10%. Heyl’s equation is beginning to add up.

Alcantara upholstery largely replaces leather in the cabin. It’s lighter, and it does a better job of ensuring the driver’s butt doesn’t slide around when racing up a mountain road. Model-specific stitching on the seats and on the steering wheel, trim pieces, and miscellaneous accents further set the Pur Sport apart from the Chiron.

Bugatti then turned its attention to the chassis. The front and rear springs are 65% and 33% firmer, respectively, and the braking system is lighter thanks to the use of brake pads with a titanium base panel and different brake discs. Owners will be able to exploit the Pur Sport’s full potential by engaging a new driving mode named Sport + that wards off the traction control system’s intervention to allow a controlled drift — on a race track, of course.

“This mode enables the car to be placed on the throttle, so you can steer on the throttle a little bit more. It will allow you to go into a drift, and it will still catch you if things go wrong,” Heyl told Autoblog. If that sounds familiar, it’s because the gyro-based technology is similar to what Lamborghini offers in the rear-wheel drive Huracán.

Finally, let’s answer the question trotting through your brain: no, you won’t find more power in the engine bay. It’s the same quad-turbocharged, 8.0-liter W16 engine found in the regular Chiron, meaning it delivers 1,500 horsepower and 1,180 pound-feet of torque, but it’s bolted to a new seven-speed automatic transmission with shorter gear ratios. Engineers raised the 16-cylinder’s redline to 6,900 rpm, an increase of 200 rpm, and these seemingly small changes (along with the weight reduction) make the Pur Sport nearly two seconds quicker from 37 to 75 mph than the Chiron. Elasticity improved by 40% across the board, so it should feel strikingly quick in a straight line. The trade-off is that engineers had to limit its top speed to 217 mph due to the shorter gear ratios and the huge wing.

“Everything works together beautifully for the car to handle much better,” Heyl summed up.

Bugatti will make 60 examples of the Chiron Pur Sport, and each one costs €3 million before taxes, a sum that represents $3.3 million. Autoblog asked the company how many units are already spoken for, and we’ll update this story if we learn more. In the meantime, the French firm is preparing to deliver the first examples of the Divo.