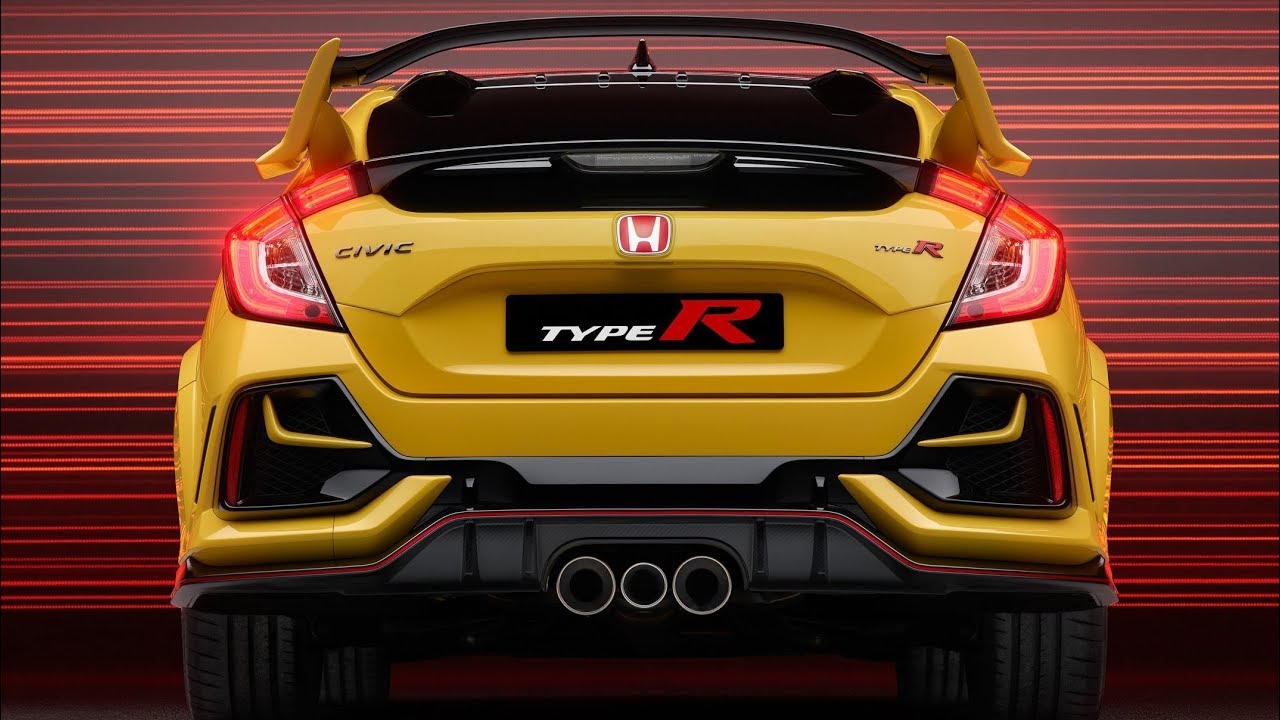 2021 Civic Type R Limited Edition – The most extreme Type R yet. Honda wants to reclaim its Nurburgring lap record with this lightweight Civic Type R, and soon, you’ll be able to park one in your driveway.

Once upon a time, the Honda Civic Type R was the fastest front-wheel-drive car to lap the Nürburgring Nordschleife, laying down a 7-minute, 43.8-second lap of Germany’s infamous track in 2017. But then Renault came along and broke the Civic’s record by four whole seconds with the Megane RS Trophy-R. Whether or not the goal is to try and regain ‘Ring bragging rights, Honda knew it had to eke more performance out of the Type R.

Making its debut in Milan, Italy on Wednesday, the unimaginatively named Civic Type R Limited Edition ups the hatchback’s ante. Honda will sell this car around the world, with 600 examples earmarked for the US, 200 for Japan, 100 for Europe and 100 for Canada (1,000 total). All of them will be painted Phoenix Yellow and will have a serialized plaque on the center console.

Based on the updated 2020 Civic Type R, the Limited Edition doesn’t get increased engine output; its 2.0-liter turbo-four produces the same 306 horsepower and 295 pound-feet of torque as the standard model. Instead, Honda is offering this car with specially tuned dampers, recalibrated steering and — most importantly — higher-performance tires. The car you see here rolls on Michelin Pilot Sport Cup 2 tires, which are some of the finest track-ready rubbers available today.

The 2021 Limited Edition further improves performance by reducing weight. Thanks to things like lightweight, 20-inch BBS wheels, fewer sound-deadening materials and the removal of the hatch wiper, tonneau cover and rear heater ducts, the US-spec Limited Edition is roughly 46 pounds lighter than a stock Type R.

We have to make the “US-spec” distinction because the European version will actually be even lighter. These cars will have their audio systems and air conditioning stripped out, which will result in an additional 30-pound weight loss. Honda won’t be offering this super-bare-bones example in the US; a spokesperson tells us there simply isn’t any customer demand. For what it’s worth, Honda offered an audio/HVAC-delete option for the S2000 CR in the late 2000s, and only a small percentage of buyers went this route.

Honda is planning to take the Civic Type R Limited Edition to the Nürburgring, but not necessarily with the intent of trying to set a new record.

The 2021 Civic Type R Limited Edition will go on sale in the US this summer, and Honda will release official pricing information closer to that time. The 2020 Type R costs $37,950, including $955 for destination, and we fully expect this limited-run variant to command quite a bit more coin than that.