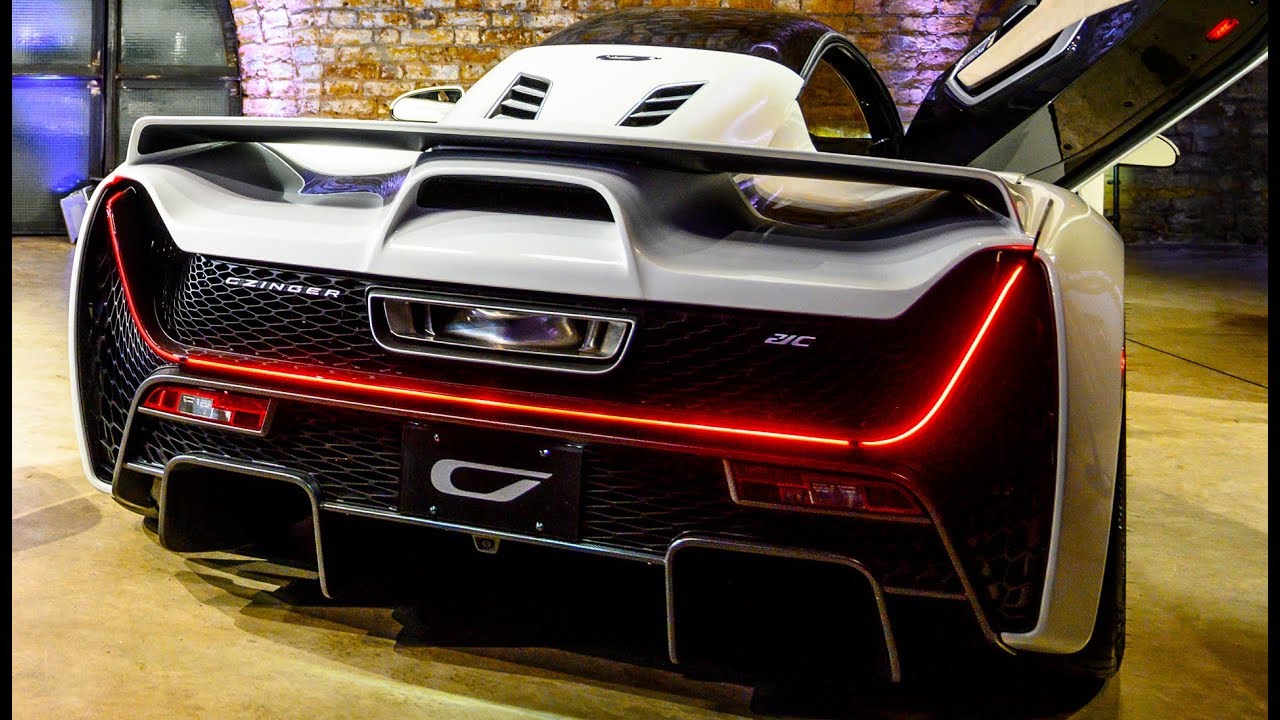 2021 Czinger 21C – Track & Road Version / Exterior and Interior. The ultra-light, superbly finished, hybrid-powered Czinger 21C, developed under the direction of former Koenigsegg technical director Jon Gunner, looks the real deal, a car with the explosive performance potential of a Bugatti Chiron Pur Sport. But what’s really intriguing is the way it’s made: Czinger founder Kevin Czinger (pronounced “zinger”) has created a manufacturing system that could change the way all cars are built.

The 21C was to have been unveiled at the Geneva show. Instead, two cars—one in road-going specification, the other in a lightweight track configuration—were revealed in London’s trendy Shoreditch area.

Designed under the direction of former Mitsubishi designer Dave O’Connell, the 21C is a compact, muscular-looking thing, with jet-fighter-style seating that positions the passenger behind the driver under a long, narrow, central canopy. Inspirations for that, Kevin Czinger says, included the iconic SR-71 Blackbird spy plane, the Bell X-1 in which Chuck Yeager broke the sound barrier, Top Gun’s F-14 Tomcat, and Star Wars movie spaceships.

Even by today’s hypercar standards, the numbers quoted by Czinger are impressive: 0-60 mph in 1.9 seconds; the quarter mile done and dusted in 8.1 seconds; 0-186 mph in 15 seconds; 0-248 mph and back to a standstill in a stunning 29 seconds. In road spec, the 21C has a top speed of 268 mph and generates 551 pounds of downforce at 155 mph. The track version tops out at a mere 236 mph thanks to the drag from a massive rear wing that contributes to a staggering 1,742 pounds of downforce at 155 mph. “This car is designed to hunt for track records,” Kevin Czinger says. No kidding.

The internal combustion part of the 21C’s hybrid powertrain is an ultra-compact 2.9-liter twin-turbo V-8 designed and built in-house at Czinger, driving the real wheels through a unique seven-speed automated manual transmission that’s also been designed in-house and is available in full-race dogbox spec for even faster shift times. The little V-8, which features an 80-degree vee, four valves per cylinder, a 9.5:1 compression ratio, and flex-fuel capability, makes 950 hp at a dizzying 10,500 rpm, says chief technical officer Gunner, which means it pumps out 330hp per liter. Redline is 11,000 rpm.

Up front are two 201-hp electric motors, one for each front wheel, allowing for infinitely variable torque vectoring to improve handling, which can be fine-tuned by adjusting compression and rebound damping for each wheel on a chassis that also has adjustable ride height and an active pitch control system. The e-motors are powered by a compact fast-charge, quick-discharge lithium-titanate battery pack that’s kept topped up by an engine-driven starter-generator system.

Just 80 Czinger 21Cs will be made, priced from $1.7 million, plus taxes. Although the Divergent 3D process enables dramatic reductions in development and manufacturing times, each 21C will be meticulously hand-finished and hand-assembled at the company’s Los Angeles-area plant, taking more than 3,000 hours to complete. The car is also 50-state legal in terms of both emissions and crash ratings and will also be able to be legally sold in Europe.