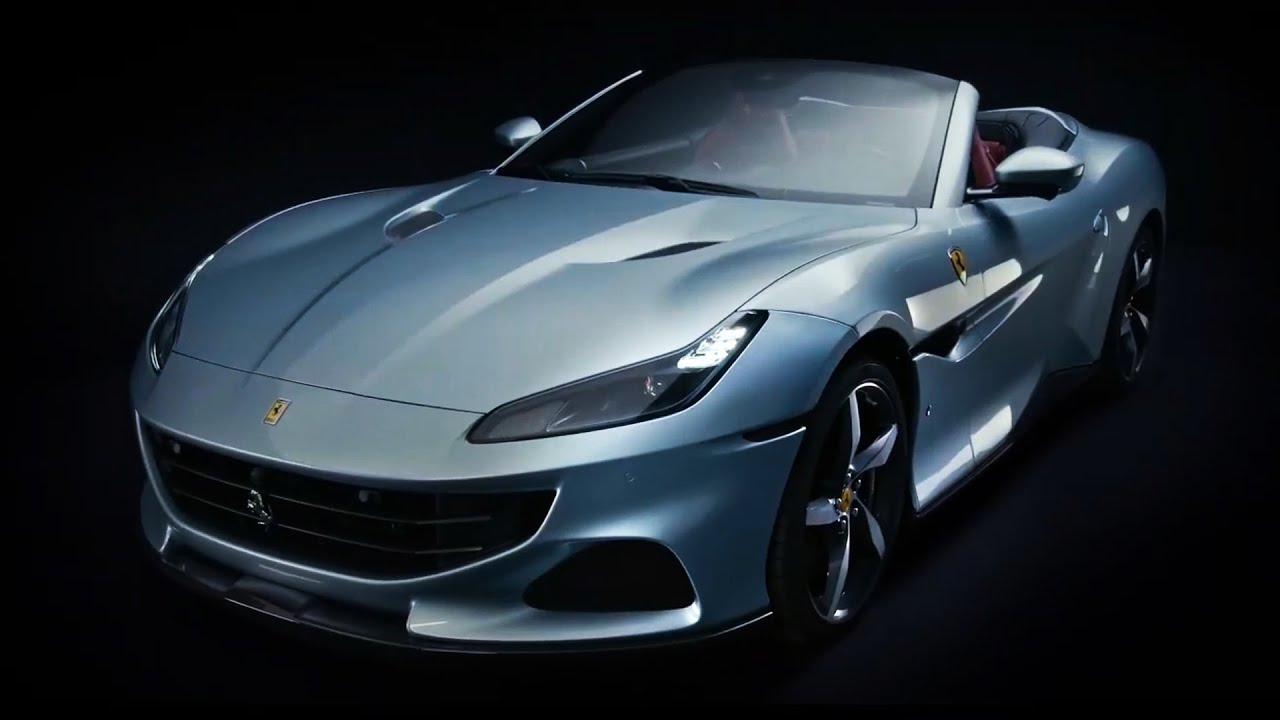 2021 Ferrari Portofino M 611 HP – More Power, Style & Technology. Only three years have passed since Ferrari replaced the California T with the Portofino and the grand tourer is already getting an update. It’s more than just the typical nip and tuck as there are some significant changes underneath the discreetly revised Italian sheet metal. The chief of these novelties is a newly developed eight-speed, dual-clutch automatic transmission.

It’s the first time a convertible Ferrari has used an eight-speed gearbox, a unit that has a 20-percent smaller clutch module and 35 percent higher torque delivery than the transmission it replaces. It’s a move we should’ve seen coming considering the Roma – essentially a coupe version of the Portofino – uses the same DCT.

We can say the same thing about the bump in output for the twin-turbo 3.9-liter V8, now making an additional 20 hp in the Portofino M (Modificata). The revised cabrio produces a Roma-matching 612 horsepower (456 kilowatts) and 561 pound-feet (760 Newton-meters), with the torque amount being carried over from the non-M model.

Even though it’s labeled as the “entry-level” model in the Italian stable, the Portofino M is still very much a Ferrari when it comes to performance. It needs merely 3.45 seconds to hit 62 mph (100 km/h) from a standstill and will do 0-124 mph (0-200 km/h) in 9.8 seconds before topping out at more than 199 mph (320 km/h). The extra power and quicker gearbox have slashed a full second from the 0-124 mph run, while the 0 to 62 mph task is achieved marginally quicker than before (0.05 seconds). The top speed has remained unchanged.

The first Ferrari ever to be revealed exclusively online, the Portofino M comes with some visual changes to lend the hardtop convertible a more aggressive look, according to the peeps from Maranello. Inside, there’s a Manettino dial with five positions, including a new Race mode that “focuses mainly on maximizing driving pleasure and fun behind the wheel.” To enhance the car’s GT nature, Ferrari is offering new optional features, including ventilated and heated seats along with a variety of advanced driver assistance systems (ADAS).

The Portofino M will be followed by the end of the year by another world debut promised by Ferrari. The identity of the model has not been disclosed, but it could be an amped-up variant of the 812 Superfast considering we’ve recently seen plenty of spy shots with prototypes testing.
Source: Ferrari