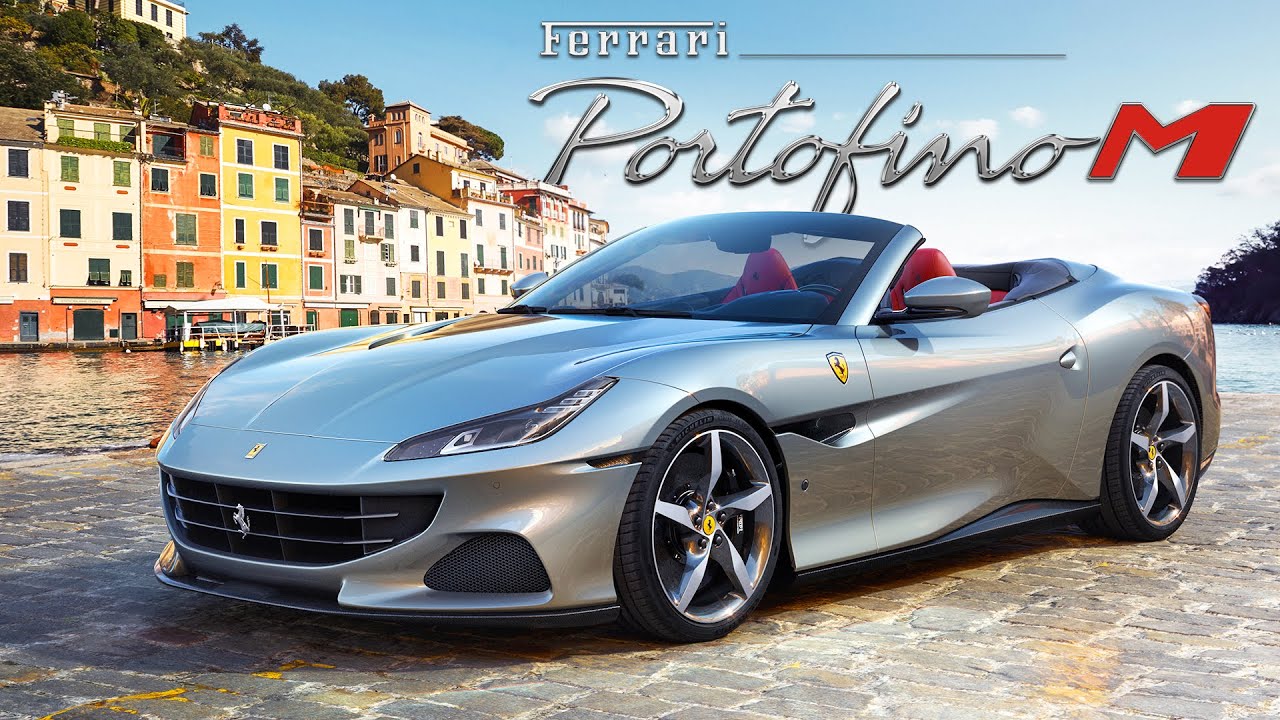 A speed sensor was also added to the turbocharger assembly to measure the turbine revolutions. This in turn allowed the maximum revolutions per minute of the turbine to be increased by 5,000 rpm.

This result comes thanks to a control logic that continuously regenerates the filter, limiting the amount of accumulated particulate matter. This is achieved by using two dedicated sensors per cylinder bank to accurately measure differential pressure deltas up- and down-stream of the GPF.

The 8-speed gearbox is a completely new unit compared to the previous 7-speed version and is based on a dual-clutch oil bath architecture. It differs from the SF90 Stradale’s 8-speed transmission in its longer gear ratios and the introduction of a mechanical reverse gear. The new layout and integration of its components have also optimised the gearbox’s size and its installation in the car.

Like all the other turbo cars in the range and in line with the “zero turbo lag” concept, the Ferrari Portofino M delivers instantaneous throttle response throughout the rev range. The car boasts Variable Boost Management, a control software developed by Ferrari that adjusts torque delivery to suit the gear selected. The result is increasingly powerful pick-up as revs rise, whilst optimising fuel consumption. As the car goes up through the gears (from 3rd to 8th), the amount of torque delivered by the engine increases all the way up to 760 Nm in 7th and 8th gear.

On the one hand, this has allowed Ferrari to use longer gear ratios in the higher gears, which helps keep fuel consumption and emissions down, while on the other, adopting a steeper torque curve through the rev range in the lower gears for a feeling of smooth and powerful pick-up.

The introduction of the eighth gear and the improvement in transmission efficiency have resulted in a significant reduction in fuel consumption in urban and motorway contexts in addition to noticeably improving performance even under sportier, more press-on driving.

The new clutch module is 20% smaller but delivers 35% more torque, with up to a maximum 1,200 Nm of dynamic torque transmitted when gear shifting. The transmission software strategy has also been evolved with a more powerful ECU.

Lastly, particular attention was focused on gear change strategies aimed at improving the power unit’s fuel consumption and emissions levels. Due to more efficient clutch torque control, the car is now also easier to drive in urban contexts during Start&Stop cycles. This guarantees that the car is smoother to drive at low speeds in traffic, as well as delivering a more intuitive experience and improved responsiveness.

By tradition, every single Ferrari engine has its own particular soundtrack that makes it unique. The Ferrari Portofino M is no exception. In addition to the flat-plane crankshaft, the geometry of the entire exhaust line is new. The two rear silencers have been eliminated (which in addition to boosting sound also significantly reduces backpressure in the tailpipes) and the by-pass valves are now oval in shape to enhance the exhaust sound. Both solutions significantly reduce exhaust backpressure and improve sound quality. The last notable modification is “proportional” by-pass valve control, which is continuous and progressive depending on the driving situation.