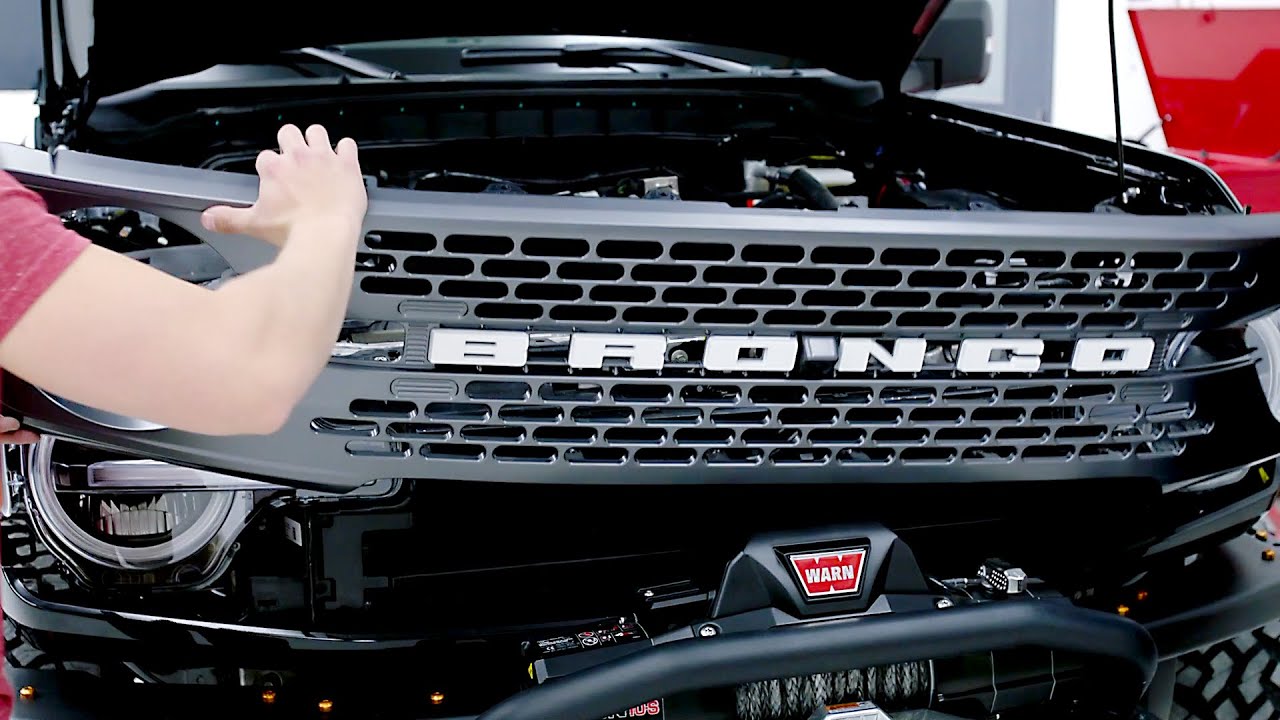 2021 Ford Bronco Modularity. The Ford Bronco two- and four-door SUVs were designed and engineered from a clean slate to make off-road customization easy, quick and attainable for all enthusiasts with a wide variety of interests and skill levels.

Basic modifications to prep a Bronco for a fun-filled open-air afternoon can be completed in a matter of minutes by hand. Available modular roof panels can be removed by one person using simple latches. Available modular rear quarter windows can be removed with minimal effort, simply by releasing a latch for each window, while two people can remove the rear hardtop assembly after removing a few fasteners. Easy-to-use quarter-turn fasteners make removing four fender flares possible in just a few minutes each.

Bronco logos stamped on the body and interior fasteners indicate removeable modular components such as frameless doors, fenders, bumpers, grille and grab handles. Unlike competitive SUVs, both front and rear fenders can be removed by simply taking out the bolts – and can be replaced just the same without welding or other complicated means.

Frameless EZ Air doors can be removed in minutes by anyone of any size by taking off two bolts and disconnecting an electrical connector. Each door takes between two and four minutes to remove depending on the skill level of the customer. Threaded Bronco logo mounting points from the factory enable the addition of accessories like LED pod lights to sideview mirrors and installation of roof racks to the top sport bar. Available modular front and rear bumpers also come with threaded taps to mount winches, safari bars and LED lights.

When design-intent body parts are removed for off-road use only – fenders, quarter panels, doors and roof – the Bronco two- and four-door models retain all required Federal Motor Vehicle Safety Standards. Thanks to the vehicle’s innovative door design, cowl-mounted sideview mirrors remain in place when the doors are off or when optional doors are installed.