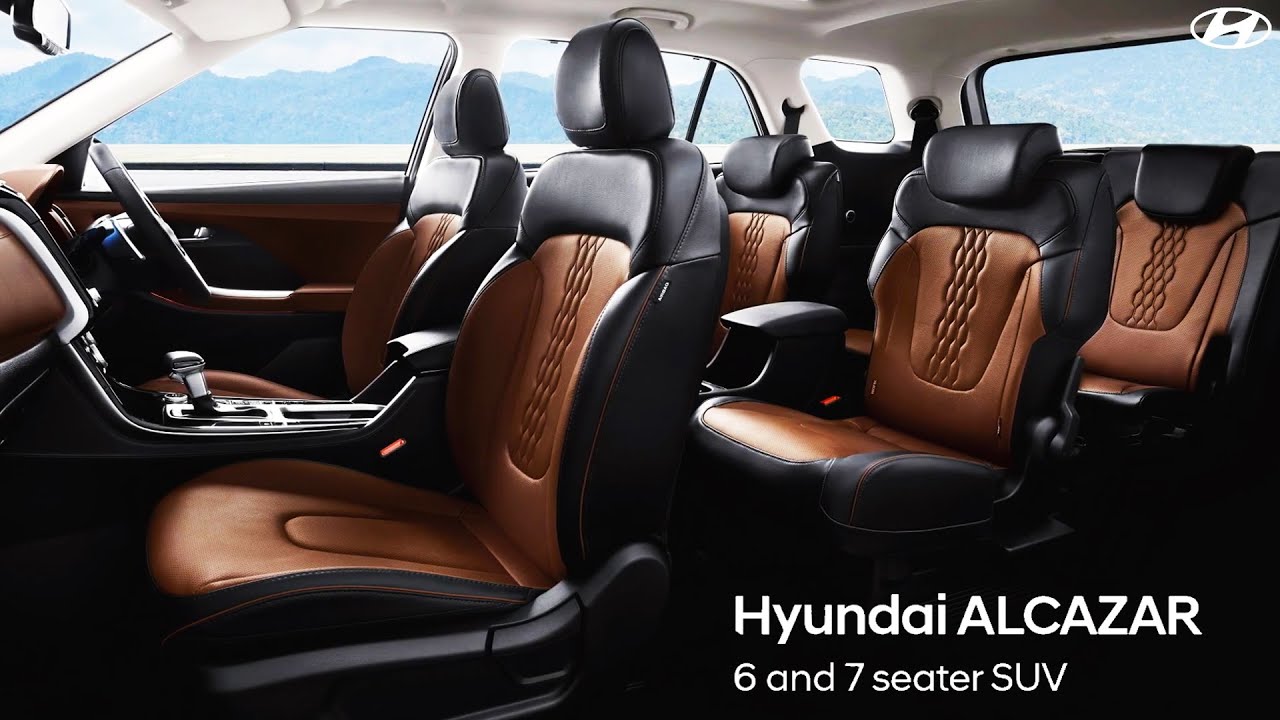 The Alcazar is the three-row iteration of the Hyundai Creta, with prices starting from Rs 16.30 lakh for the base Prestige petrol variant. This goes up to Rs 19.99 lakh for the top-spec six-seater Signature diesel AT. The base Prestige diesel 7-seater Alcazar costs Rs 16.53 lakh while the top six-seater petrol AT variant is priced at Rs 19.85 lakh. Bookings for the Hyundai Alcazar have already begun for a Rs 25,000 deposit across dealerships and online.

The Alcazar has a boxier, extended rear section in relation to the Hyundai Creta. The L-shaped contrasting roof-design element from the Creta has been slimmed down to allow for a quarter-glass for the third-row occupants while there is a new bootlid as well, with a more prominent faux skidplate The split taillamps from the Creta have given way to more substantial LED-highlighted two-part unit. The Alcazar can be had in Taiga Brown, Typhoon Silver, Polar White, Titan Grey, Phantom Black and Starry Night paint option, the white and great can also be specced in dual-tone

At the front, the full face grille is now finished with chrome studs while the bumper has been revised. There is a different arrangement for the indicator and foglamps while more chrome has been added here too. Along the sides, the longer rear door is easily visible as is the newly added running boards. also the longer rear overhang features and extension of the Creta’s kinked bodylines.

The Hyundai Alcazar’s interiors see some notable enhancements over the Creta in keeping with its more premium positioning. The dashboard is the same as the one in the Creta with the identical flowing middle section and centrally placed 10.25-in touchscreen. Differentiating the Alcazar is the two-tone tan and grey colour scheme and the large fully-digital 10.25-inch instrument cluster. Other notable features on the Alcazar, not available on the Creta, is the 64-colour ambient lighting, a lane-change camera, a seatback table for the second row with retractable cup holders and device tray, side steps, sunshades for the rear windows, a one-touch tumble and fold function for the second row and a Hyundai logo projection for the puddle lamps.

The big development here is that the Hyundai Alcazar gets a 2.0-litre naturally aspirated four-cylinder petrol engine, unlike the 1.5-litre N/A and 1.4-litre turbo engines in the Creta. This motor makes 169PS and 191 Nm. The diesel motor continues unchanged from the Creta, the 1.5-litre turbo-diesel putting out 115PS and 250 Nm. Both engines come paired with either a six-speed manual or a six-speed torque-converter automatic. Hyundai India claims a 0 to 100 kmph time of under 10s for the petrol-manual Alcazar. There are three drive modes too – Eco, City and Sport and the the off-road modes from the Creta here as well.

The wheelbase of the Alcazar has been lengthened to 2,760mm. To strengthen the revised architecture the Alcazar now uses a higher 75.6 per cent of advanced and high-strength steel while the suspension has also been retuned to cope with the larger dimensions over the Creta. Read our first-drive impressions of a pre-production Hyundai Alcazar prototype to know more.

The Hyundai Alcazar competes directly with the Tata Safari and MG Hector Plus, other contenders will be the upcoming Kia seven-seater as well as the new Mahindra XUV700 and the Jeep Commander.