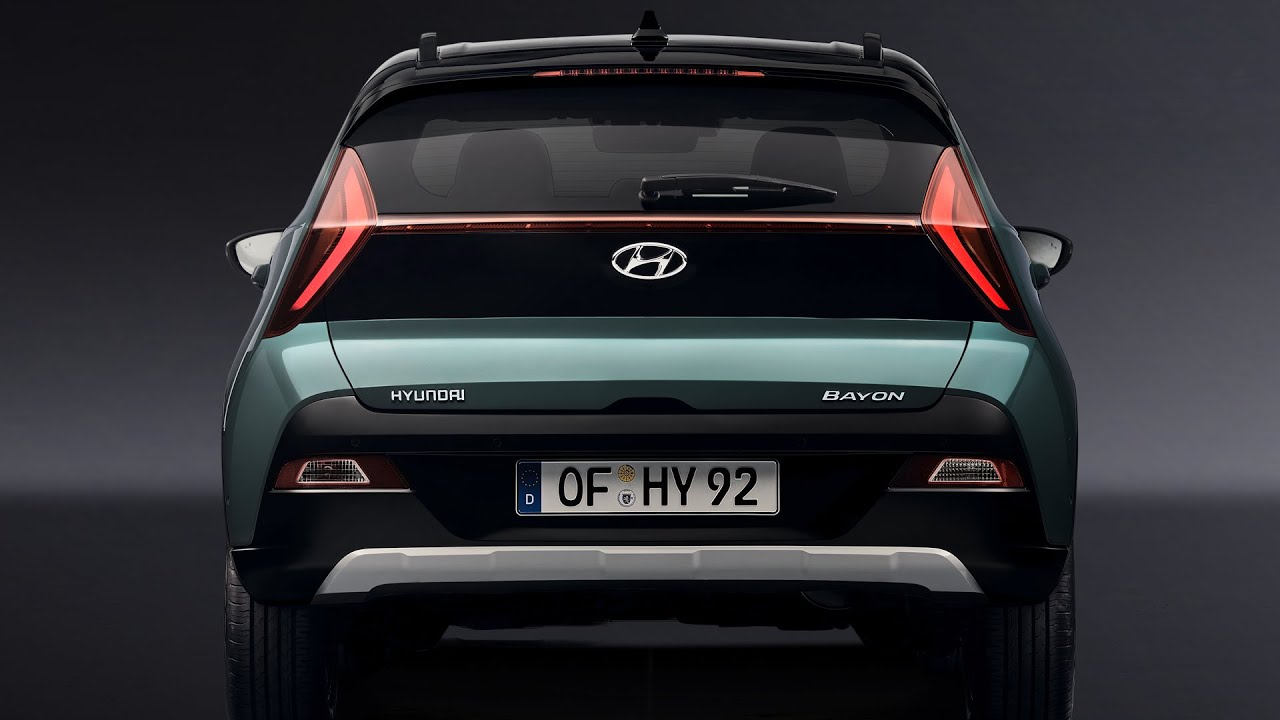 2021 Hyundai Bayon – a stylish crossover specifically for Europe. While we’re patiently waiting for Hyundai to dip its toes into the pickup truck and performance segments with the Santa Cruz and that mid-engined sports car, the Asian brand is rolling out yet another crossover. Contrary to reports, the new Bayon is not actually significantly smaller than the Kona as the two have similar footprints.

What exactly is the Bayon? Essentially, it’s a crossover version of the i20 supermini for the European market. Rather than selling the Venue available in North America and other regions, Hyundai has developed a separate B-segment model with an exterior design that won’t leave you indifferent. From the funky split headlights to the Tucson-like sharp character lines and the boomerang LED light signature at the back, the Bayon is anything but conventional.

While it’s difficult to tell from the outside the little crossover is related to the i20, the dashboard design has been essentially carried over from the supermini. It gets the same pair of 10.25-inch screens, one for the instrument cluster and the other for the touchscreen infotainment, along with an identical continuous air vent design and switchgear.

It’s a similar story underneath the skin where the Bayon inherits the subcompact hatchback’s oily bits. The base engine is a naturally aspirated 1.2-liter gasoline engine with a mighty 84 horsepower channeled to the road via a classic five-speed manual gearbox. Step up to the turbocharged 1.0-liter three-cylinder mill and you get 100 hp along with the choice between a six-speed manual or an optional dual-clutch, seven-speed automatic.

Available exclusively with mild-hybrid tech, the 120-horsepower version of the 1.0-liter turbo gets the same gearboxes as the 100-hp configuration of the same three-pot engine. Since the take rate for AWD in this segment is rather low, Hyundai will sell the Bayon only with a FWD layout to keep it simple and affordable.

Some are probably wondering what is the point of the Bayon when Hyundai already has the similarly sized Kona. Well, that’s a good question, and the South Korean brand will likely advertise this as a more practical, value-oriented crossover for those who don’t need AWD or an EV version. It also looks significantly different while sending out the same quirky vibe as the more established Kona.

That said, the two models will likely overlap to some degree, but we’re sure Hyundai has crunched the numbers before deciding to give the Bayon the proverbial green-light. After all, it’s not an all-new car as this is more along the lines of a jacked-up i20 with different bodywork to capitalize on the crossover boom.