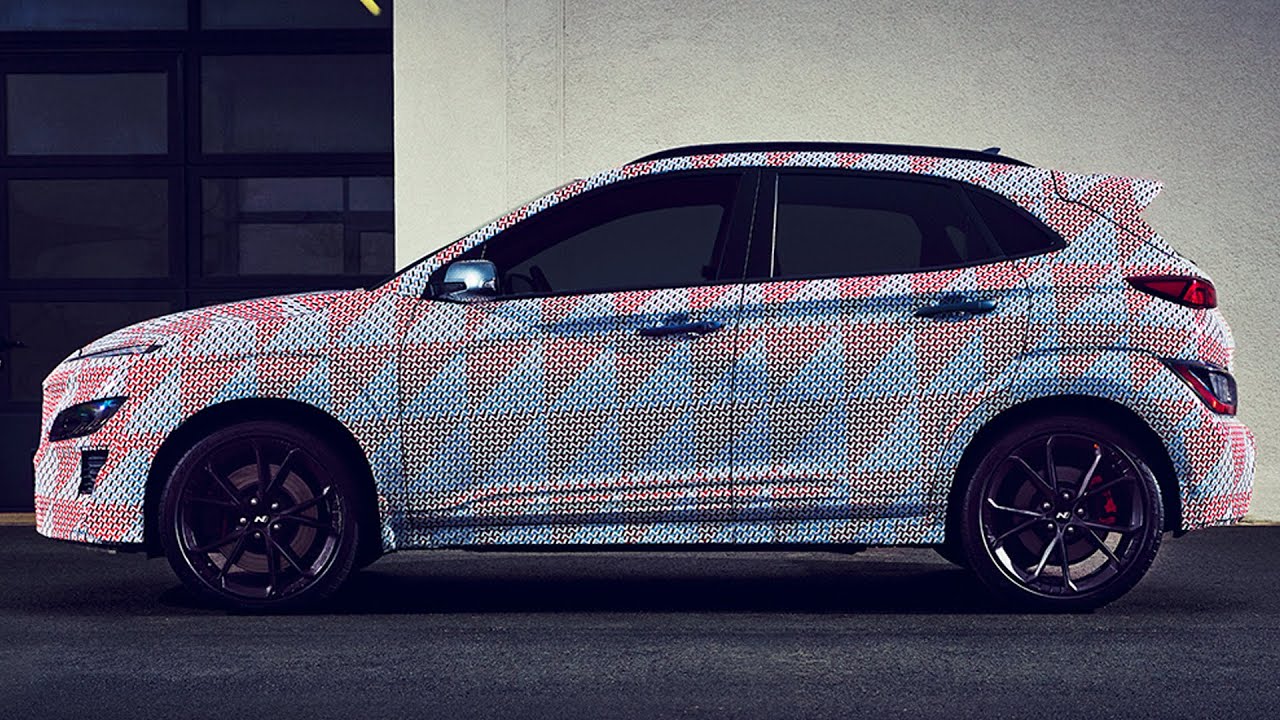 2021 Hyundai Kona N 2.0 turbo 275 hp – brand’s first performance SUV. After initially teasing it before Christmas, Hyundai officially confirmed that a hot N version of the Kona crossover is coming very soon. Not many concrete details were given, but Hyundai did release a set photos on Monday of the Kona N with a light camouflage wrap, giving us a good look at the brand’s first performance SUV.

The Kona N will be powered by the same turbocharged 2.0-liter inline-four that’s found in the existing Veloster N and the soon-to-be-revealed Elantra N sedan. That means a likely output of 275 horsepower and 260 pound-feet of torque. The only transmission option will be Hyundai’s latest eight-speed dual-clutch automatic, which we loved in the Veloster N.

What Hyundai hasn’t confirmed is how many of the Kona N’s wheels will be driven. We previously heard the Kona N would use an all-wheel-drive system, making it the first N model to do so, but there’s a chance that it could be offered with front-wheel drive. In any case, Hyundai does say the Kona N will be equipped with launch control and it’s sure to also get bigger brakes, a new suspension setup and other performance mods.

To visually differentiate itself from regular Konas, the N will get more aggressive bumper designs, a larger grille, big wheels with performance tires, a new rear spoiler and dual exhaust tips. Oh, and it’s probably a safe bet that it’ll come in the N brand’s signature Performance Blue color, too. No interior photos were released on Monday, but you can expect new bucket seats, a thicker steering wheel, blue seatbelts and some other tweaks.

Hyundai says more details about the Kona N will be available “in the coming weeks,” so expect a full reveal in the very near future. The Kona N should go on sale in the US by the end of 2021, with a starting price around $35,000.