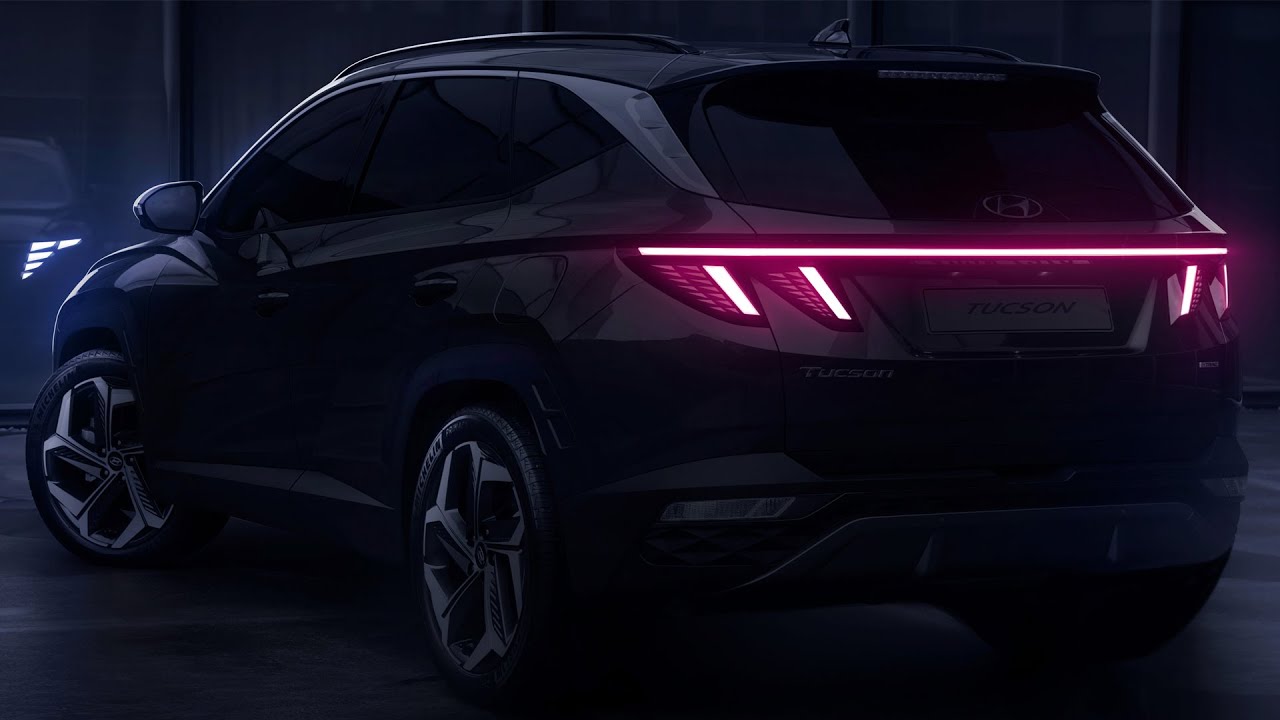 2021 Hyundai Tucson – A revolutionary redesign outside and inside. Hyundai has just given us our first peek at the 2021 Tucson along with a few new details about the upcoming SUV. The released images may look like a concept, Hyundai tells us that this is the production model that will be fully unveiled in just a few days.

Of course, I expected that the new Tucson would draw heavy inspiration from the Vision T concept, which we first saw at the 2019 LA Auto Show, but I’m truly surprised to see the concept’s futuristic illumination make the seemingly impossible leap to production.

The front end of the SUV is dominated by a geometric, “jewel-like” grille that uses the automaker’s Parametric Hidden Light technology. This may be the same technology used on the new Hyundai Sonata — integrating lighting elements into the vehicle’s chrome brightwork, only revealing the SUV’s triangular light signature when illuminated — but I can’t be sure until we see the SUV with the lights deactivated. Also unclear from the stylized photos is whether these are the actual headlamps or just auxiliary daytime running lights.

Around back, more hidden light details are integrated into the aggressively sharp taillights, including a full-width light bar. Peer deeply into the shadowed images and you’ll also notice that the Tucson floats its oval-shaped H badge on the rear glass, rather than the more conventional sheet metal placement.

A bright, contrasting strip connects the A and D pillars, accentuating the roofline above the hint of muscular fenders bulging around 19-inch wheels. So far, the new Tucson looks amazing.

The interior design continues the SUV’s dramatic reinvention. Built around what Hyundai calls its “Interspace” design theme, the Tucson’s cabin emphasizes spaciousness with its wraparound dashboard that is said to evoke a “futuristic boutique hotel.”

Just ahead of the steering wheel is a floating digital instrument cluster. Central in the cabin is a large 10.25-inch touchscreen navigation system, which appears much larger due to its integration into the vertical, glossy black “waterfall” center stack. Following the waterfall’s flow, you’ll also notice push-button controls for the transmission. Highlighting the cabin’s curves is a 64-color ambient lighting system with 10 levels of brightness.

Bigger and wider than previous generation models, I’m still holding our breath for detailed specs, available powertrains and performance estimates. I do know that the Tucson will be offered in two different lengths, depending on the region. A long-wheelbase variant will be sold here in the US, as well as in China and Korea. Meanwhile, a shorter model will be available in Europe and the Middle East.