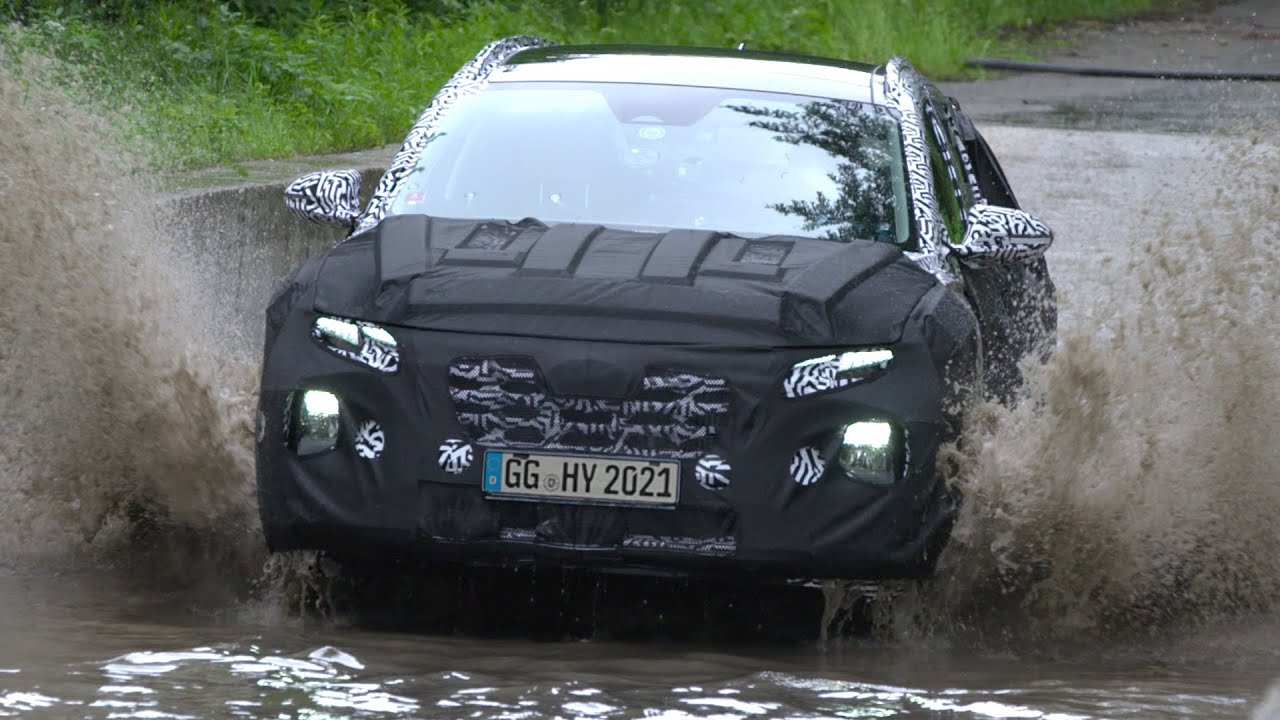 2021 Hyundai Tucson – Quality and Durability assurance test before official launch. In less than a week’s time, the all-new, fourth-generation Hyundai Tucson SUV will be unveiled for the first time. In anticipation of the grand event, the automaker said the last steps of intensive testing and quality assurance have been completed, following fine-tuning processes in the Czech Republic and Austria.

Over the past few months, Hyundai engineers have performed accelerated durability tests in Europe, as well as dynamic testings on the Nürburgring Nordschleife. Public-road and extreme hot/cold weather testings were done as well, all to ensure that the high expectations of European customers are met, Hyundai says.

Equipped with a four-wheel drive system, it’s billed as a true SUV that allows customers to take the Tucson off-road. Structural rigidity was also tested – Hyundai engineers opened all the doors, tailgate and panoramic roof while the car teetered diagonally on two wheels. All the components could be closed without any problems during this test.

NVH is said to be improved as well, while the underbody covers and wheel guards have been built to endure some off-road abuse. Hyundai says the new Tucson can be driven in water fords at a depth of up to 300 mm.

To demonstrate the Tucson’s towing capacity, Hyundai took to the Austrian Alps, particularly on the Grossglockner mountain. It tested the vehicle’s behavior while towing a trailer uphill, downhill and around corners.

Hyundai Motor Europe’s vice president of marketing and product, Andreas-Christoph Hofmann said: “Hyundai is committed to producing vehicles of the highest quality. Thanks to the extensive testing of the all-new Tucson ahead of its market introduction, customers can feel confident that they are selecting a car that is one of the best for initial and long-term quality.”

To date, over seven million units of the Tucson have been sold globally since it launched in 2004. Approximately 1.4 million of those were sold in Europe alone, making it Hyundai’s best-selling model in the Continent. Production of the fourth-generation Tucson will take place at the Hyundai Motor Manufacturing Czech (HMMC) production plant in Nošovice, Czech Republic, making it the third generation Tucson to be produced in Europe, for Europe.