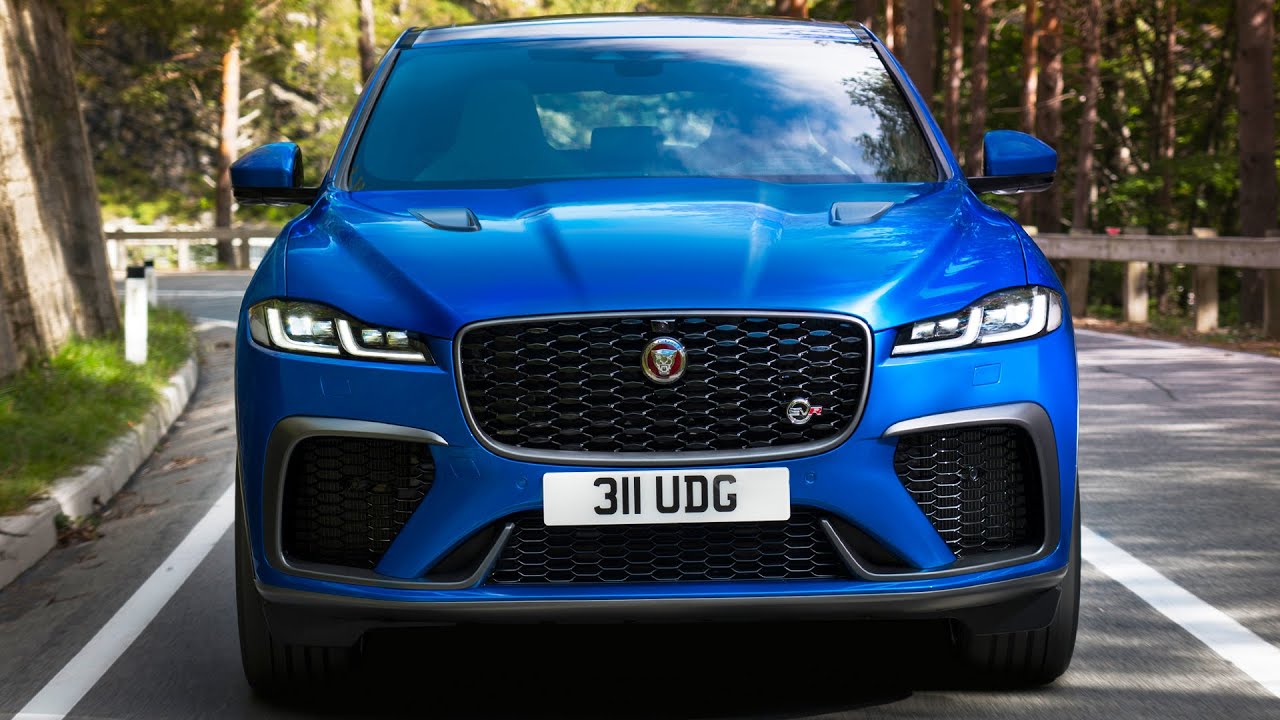 The F-Pace SVR’s 5.0-liter supercharged V8 continues to pump out 550 horsepower (410 kilowatts), but the torque output grows to 516 pound-feet (700 Newton-meters), rather than 502 lb-ft (680 Nm) previously. The eight-speed automatic transmission’s torque converter is now the same unit as on the Jaguar XE SV Project 8 sedan.

The extra twist and a new Dynamic Launch function allow the speedy crossover to reach 60 miles per hour (96 kilometers per hour) in 3.8 seconds, instead of 4.1 seconds before. The top speed is now 178 mph (287 kph), which is just a bit faster than the earlier 176 mph (283 kph) maximum velocity.

The SVR doesn’t just use the opportunity to update the F-Pace to improve its powertrain. Tweaks to the power steering provide greater immediacy when cornering. The brakes have new pads and gain an Integrated Power Booster that allows for shorter pedal travel. The adaptive damping setup has a smoother ride at low speeds.

Aesthetically, the updated F-Pace SVR doesn’t look too different. In front, the headlights are skinnier, and there’s new trim around the corner inlets in the fascia. While the changes are small visually, Jag says there’s improved cooling for the powertrain and brakes.

Inside, there’s now an 11.4-inch infotainment display to replace the previous 10-inch screen. The new unit supports over-the-air software updates. There’s also a stumpy, new gearshift, rather than the previous handle-shaped design. The steering wheel gets a zinc-alloy material for the shifter paddles. The driver still looks at a 12.3-inch digital instrument screen.