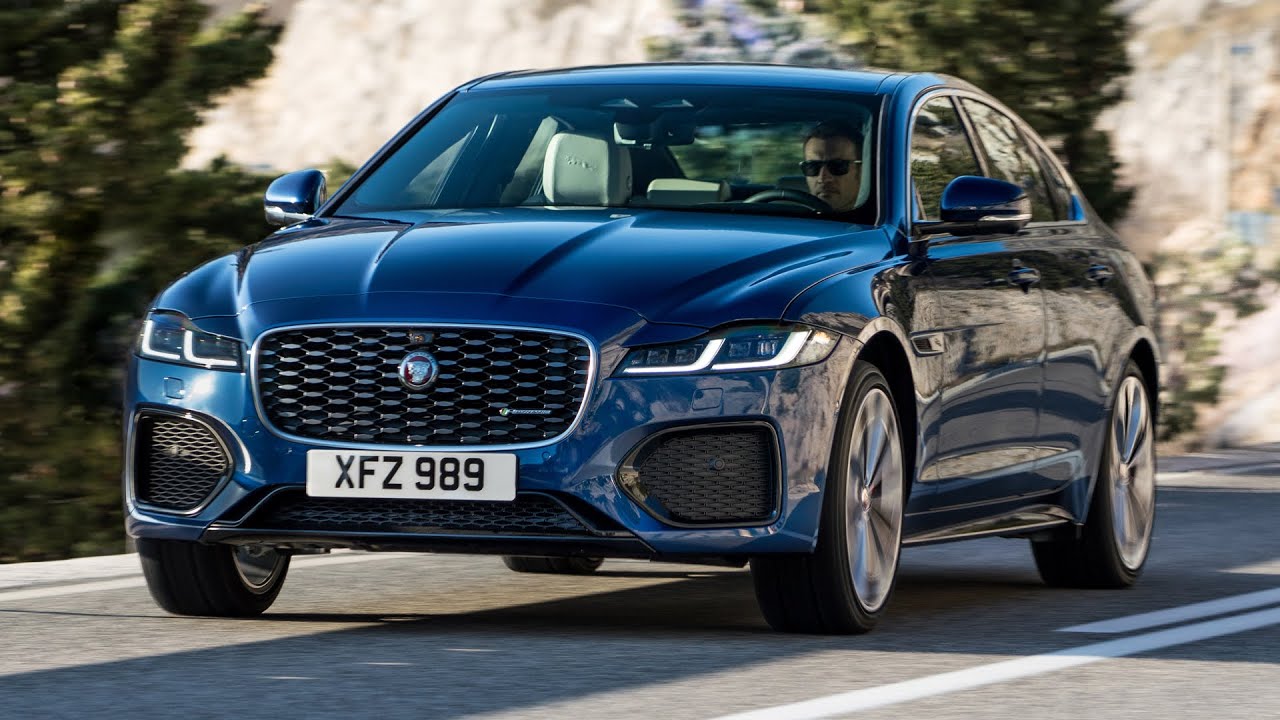 The new Jaguar XF has been upgraded to help keep it feeling modern in the company of the new Audi A6 and the recently revamped BMW 5 Series and Mercedes E-Class.

The new Jaguar XF and XF Sportbrake look subtly different from the cars they replace. On both models, the front grille has been made slightly wider, while the daytime running lights within the LED headlights now feature a double ‘J’ shape on each side rather than one single illuminated strip.

The air intakes beneath the headlights appear taller than before, but the inner-most edge is pointier and blends in with the remodelled bumper splitter. The rear bumper has also been tweaked slightly, with a new contrasting black section highlighted by a silver stripe.

The 2021 Jaguar XF will come with the option of a new mild-hybrid diesel engine. This four-cylinder unit is shared with the recently refreshed Jaguar XE and produces 204hp. It uses a compact electric motor to recover energy usually lost when braking and uses this to give the engine a boost when you accelerate. This Jaguar XF D200 will accelerate from zero to 60mph in 7.1 seconds and return up to 57.2mpg.

You can also get the new Jaguar XF with a 250hp 2.0-litre petrol engine and a 300hp version of the same engine. The former is called the P250 and will cover reach 60mph from rest in 6.5 seconds and return a claimed 35.2mpg. The latter P300 will cover the same sprint in 5.8 seconds.

The biggest changes for the new Jaguar XF’s interior come in the form of a revamped infotainment system. In the centre of the dashboard sits an 11.4-inch curved touchscreen with Jaguar’s latest Pivi Pro software. This comes with completely new graphics and menus and adds Apple CarPlay and Android Auto connectivity as standard. You also get a digital driver’s display instead of conventional analogue dials.

Elsewhere in the new Jaguar XF’s cabin, you’ll spot plenty of rushed aluminium, unvarnished wood trim and laser-etched speaker grilles – similar to the ones you get in a Mercedes E-Class.

The XF Sportbrake estate comes with the same choice of engines as the saloon, but loses out on a few entry-level ‘S’ models, depending on which engine you choose. Across the range, the XF Sportbrake will cost you approximately £2,000 more than the XF saloon.