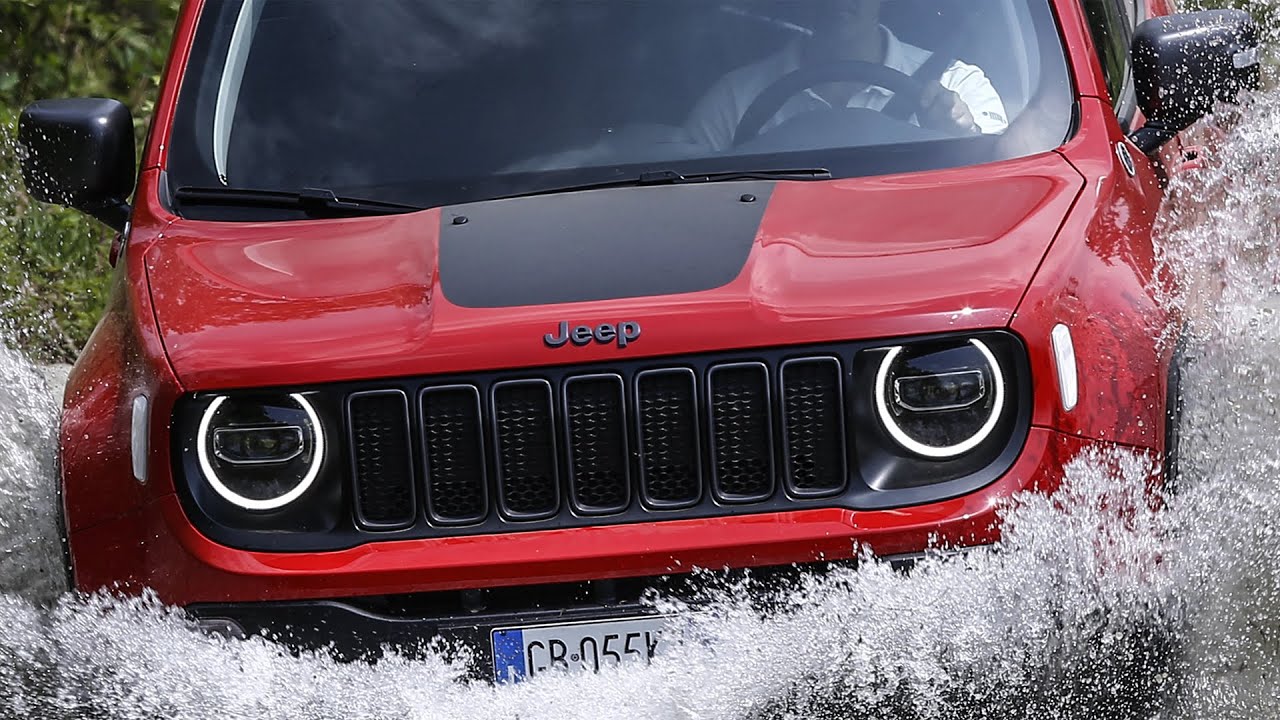 2021 Jeep Renegade, Compass 4xe – Off road Driving, Design, Interior. Jeep detailed the plug-in hybrid Renegade and the Compass it’s preparing to launch on the European market, and both 4xe-badged models are powered by the same gasoline-electric powertrain. Announced at the 2019 edition of the Geneva Motor Show, the Renegade 4xe and the Compass 4xe receive a 1.3-liter four-cylinder engine and an electric motor mounted over the rear axle. The former sips gasoline from a fuel tank made smaller to accommodate the 11.4-kilowatt-hour lithium-ion battery pack that zaps the latter into motion. The system’s total output checks in at 190 horsepower and 199 pound-feet of torque, though a 240-horsepower variant of the 4xe drivetrain is offered on some trim levels. Jeep promises a 7.5-second sprint from zero to 62 mph, which is respectable for the segment, and a top speed of 81 mph on electricity or 124 mph in hybrid mode.
The battery pack stores enough electricity to let the motor power Jeep’s plug-ins on its own for about 31 miles. The turbo four spins the front wheels, and the motor puts the rear axle into motion, so both models offer through-the-road all-wheel drive, meaning there is no mechanical connection between the two axles.

It takes a relatively well-trained eye to tell the 4xe models apart from their non-electrified counterparts. Designers sprinkled the body with blue accents, put new emblems on the hatch, created a handful of powertrain-specific alloy wheels, and, of course, added a flap for the charging port on the driver-side quarter panel. Inside, the driver is greeted by a 7.0-inch digital instrument cluster, and an 8.4-inch touchscreen that displays Jeep’s familiar Uconnect infotainment system. Both crossovers gain a driving mode named Sport, too.

On sale now, Jeep’s first plug-in hybrid models will enter production in September 2020 and reach showrooms shortly after. In the United Kingdom, the Renegade Longitude 4xe carries a base price of £32,600 (about $41,500). For context, the non-electrified Longitude starts at £23,150 (approximately $29,500). As for our market, a spokesperson told Autoblog that Jeep has nothing to announce regarding availability in the United States. The only Compass- or Renegade-related news we’ve heard is that the former’s six-speed stick is going away.

Jeep will expand the 4xe range in the coming months with a gasoline-electric variant of the Wrangler. Shown at CES 2020 and later previewed on video, the off-roader is expected to arrive in American showrooms in 2021. Unverified rumors claim Alfa Romeo’s upcoming entry-level crossover —which will likely be called Tonale — will receive a brand-specific evolution of the 4xe powertrain shortly after it goes on sale in the coming months.