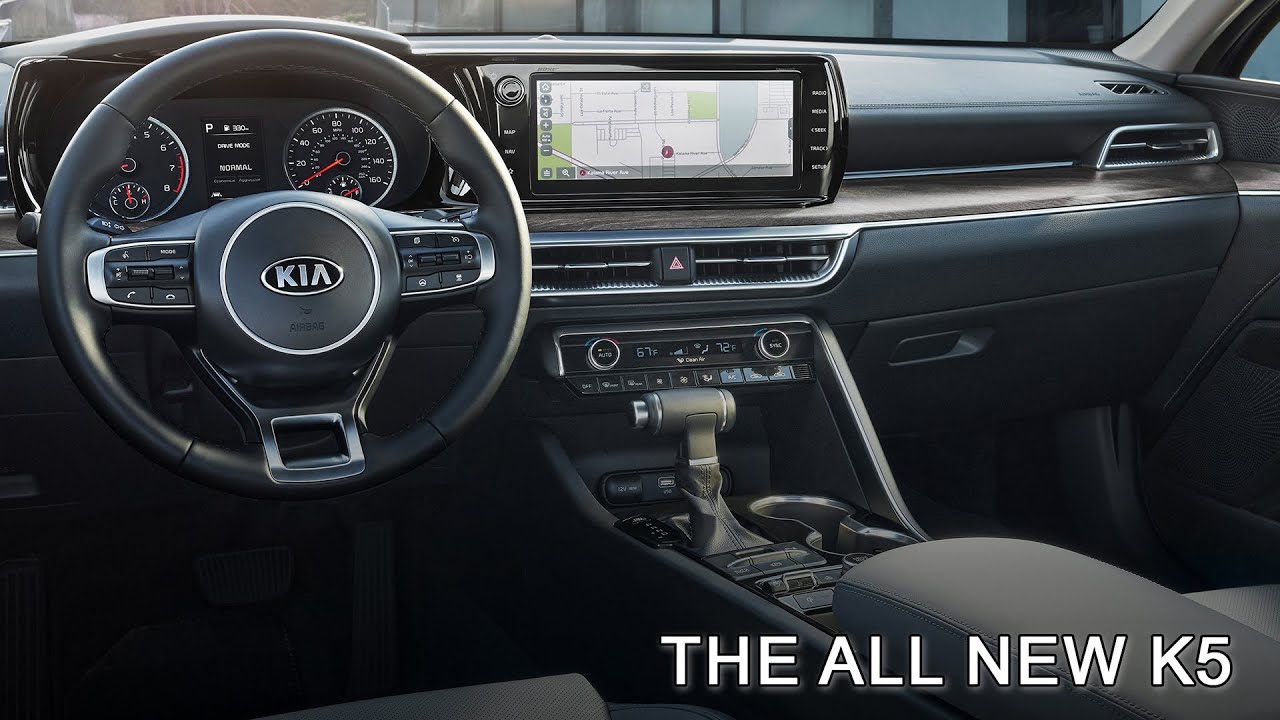 2021 Kia K5 Interior Details / Excellent Mid-Size Sedan. The 2021 Kia K5 is here to fill the shoes of the Kia Optima, the car that is largely responsible for the brand’s rebirth in the U.S. market. It has plenty of work to do in the mid-size sedan space, competing with cars like the Toyota Camry and its Korean compatriot, the Hyundai Sonata. Now Kia has announced the pricing for all of the K5’s trims. The K5 LX will start at $24,455, more than $1,000 less than the current Toyota Camry’s base price and only $100 more than the outgoing Optima.

At launch there will be six different trims to pick from. The base model LX, only offered with front-wheel drive, is the most affordable option but still comes with its own set of handy features. LX cars still get Apple CarPlay and Android Auto as standard, Normal, Smart, Sport, and Custom driving modes, a panoramic sunroof, and acoustic glass to hush the cabin at freeway speeds are all standard on the base model. Front-driven LXS models are the next step up and start at $25,455. However, opting for Kia’s all-wheel drive system will take the pricing up to $27,555.

Step up to the GT-Line models and you get some sportier looks and some different interior trimmings. GT-Line cars start at $26,355 for FWD or $30,055 for AWD. The Kia K5 EX slots neatly between the LXS AWD cars and the GT-Line AWD trims, but can only be had in FWD, with a base price of $28,955. All trims save for the top-of-the-range GT models are powered by a turbocharged 1.6-liter 4-cylinder that makes 180 horsepower and 195 lb-ft of torque and is mated to 8-speed automatic transmission.

The sportiest version of the K5, the GT, gets a 2.5-liter inline-four that makes a healthy 290 hp and 311 lb-ft of twist. That engine is mated to Kia’s new “wet-clutch” 8-speed DCT; however, the K5 GT is FWD only. It might seem like AWD is the perfect way to send all that power to the ground, but Kia has already said its AWD system is only for cars with the 1.6-liter engine, and that means AWD is out of the question for the K5 GT—for now. The GT’s pricing starts at $31,455.

K5 GTs will have an optional $4,000 GT-1 package that adds more than a dozen extras to the K5. It will include Smart Cruise Control, LED headlights, a 12-speaker Bose audio system, and a 10.25-inch infotainment display, and more. Those who opt for EX trim can spec the EX premium package, a $3,400 options that offers similar amenities, but leaves out ventilated front seats, and reverse parking distance warning.

The K5’s base price is lower than both the Camry and the Accord, but it remains to be seen if its competitive pricing is enough to sway buyers of those stalwart brands. Or, perhaps more importantly, if the K5 is attractive enough to lure buyers away from the ever-growing trend of SUV dominance in the U.S. market.