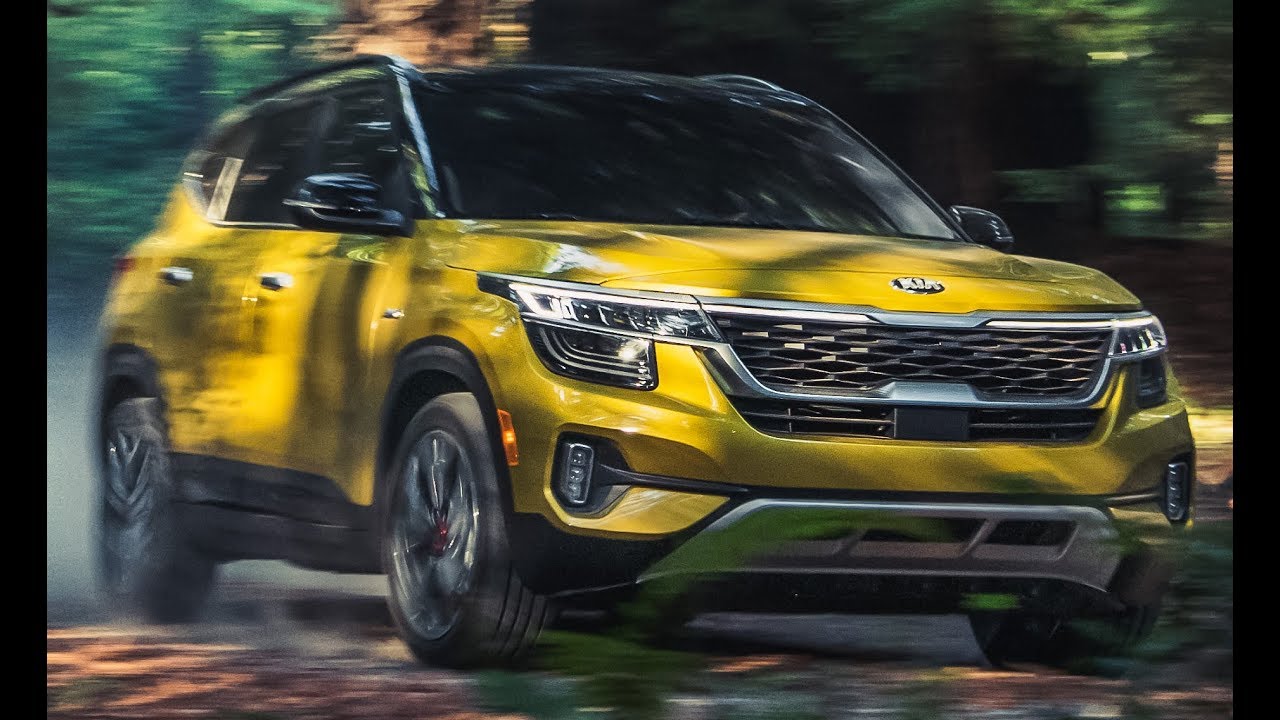 2021 KIA SELTOS SX AWD (US) – Design, Interior and Driving. Two days ago, Kia teased a new SUV scheduled for a debut during the 2019 LA Auto Show and just yesterday the identity of the model was revealed through an unexpected leak in the form of a gigantic advertisement right outside the Los Angeles Convention Center. The Seltos is now officially official, making its premiere in the United States with a choice of two gasoline engines.

Comparing the model to the international version that debuted several months ago in India, the U.S-spec Seltos features some minor modifications to the front fascia, including a more prominent bumper diffuser and, of course, the mandatory amber side markers. Honestly, we were unable to spot any differences between the two versions of the SUV at the back.

Kia says the affordable high-riding machine delivers “a tremendous amount of roominess and comfort” thanks to the rear reclining feature. Without providing exact boot volume parameters, the automaker claims the Seltos is “a leader in its class when it comes to space and versatility.”

Power is provided by two gasoline powertrains. A 2.0-liter MPI 146-hp (109-kW) is the base unit which teams up with an Intelligent Variable Transmission in the LX, S, and EX grades, while the more powerful 175-hp (130-kW) 1.6-liter turbo comes with a seven-speed dual-clutch automatic for the S and SX models. Depending on the trim level, an all-wheel drive with a center locking differential that splits power equally between the front and rear wheels is optionally available.

On the tech side, there’s a large 10.25-inch touch-sensitive display on the center console with a satellite navigation and Apple CarPlay and Android Auto connectivity, as well as an optional premium eight-speaker Bose audio system. A wide range of safety and assist systems is also in the list, including lane departure warning, smart cruise control with stop and go function, forward collision assist, and more.

When it goes on sale, the model will be available in five trim levels, ranging from the base LX to the range-topping SX. The entry-level LX with an all-wheel drive will have a starting price of “below $22,000” and detailed pricing information is expected to be released closer to the SUV’s on-sale date.
Source: Kia