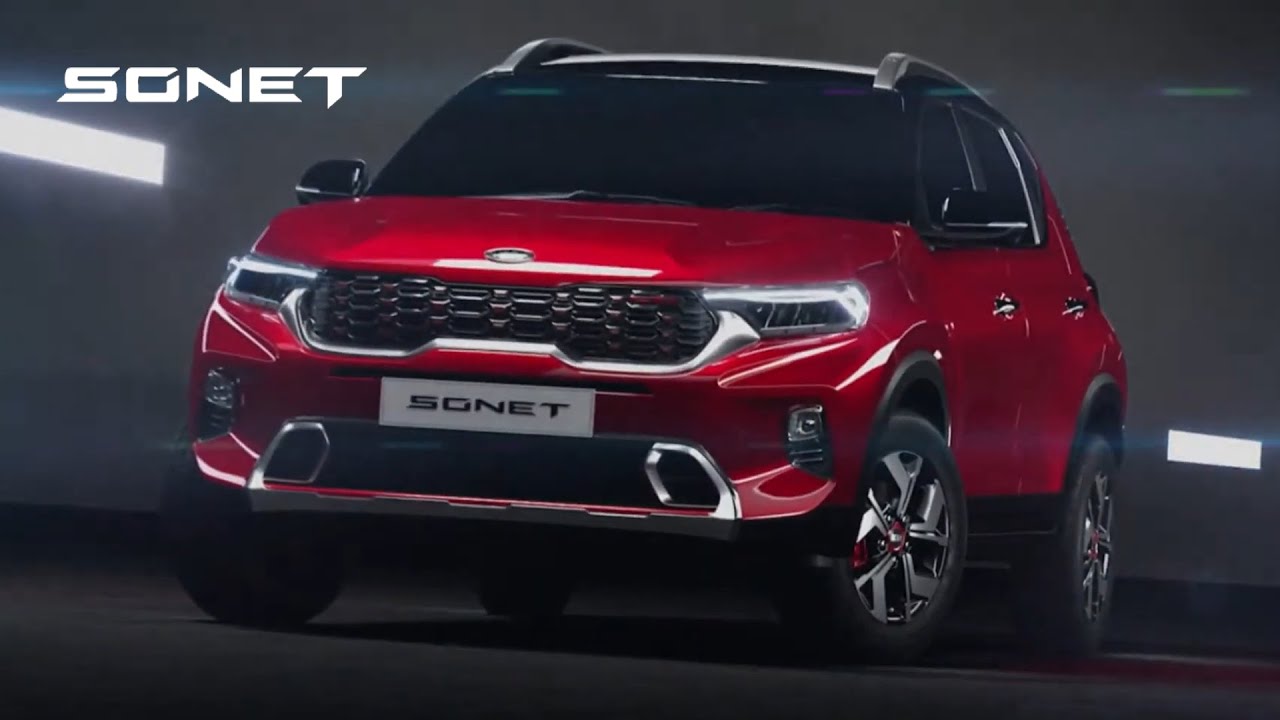 2021 Kia Sonet – Features, Design and Interior. The Korean automaker has just unveiled a new one, the Sonet subcompact SUV. Launching in India later this year in the sub-4-meter segment, the Kia Sonet will eventually become available in the brand’s global markets. However, the automaker hasn’t yet named the countries where the Sonet will be sold.

For now, let’s focus on the Indian model and see what it brings new to the table. The styling won’t surprise many because it follows closely the lines of the Sonet Concept unveiled at the Delhi Auto Expo 2020 in February.

Obviously, there are some changes such as the adoption of regular door handles and side mirrors, as well as the ditching of overly flashy details. At the front, highlights include a fresh interpretation of Kia’s signature ‘tiger-nose’ grille, jewel-like LED headlamp, and ‘heart beat’ LED DRLs shaped like the electric pulse of a heart.

The Sonet’s youthful appearance is also defined by the unique C-pillar design and structure, wraparound rear windscreen, ‘heart beat’ LED taillights, and 16-inch crystal-cut alloys. Despite the small footprint, it looks like a proper SUV thanks to a high ground clearance, plastic cladding around the lower part of the entire body, front skid plate and roof rails.

Inside, the Kia Sonet looks modern thanks to the 10.25-inch central touchscreen and 4.2-inch digital instrument cluster that are styled to look like they form a single unit. The dashboard is designed around the driver, which also benefits from a sporty multifunction steering wheel and a compact center console featuring only essential buttons. Kia says the Sonet features “high quality materials all around” as well as “ample, ergonomic space for all passengers”.

The engine lineup in India will include two petrol units and a diesel. Kicking off the range is a Smartstream 1.2-liter naturally aspirated four-cylinder, with a 1.0-liter T-GDi turbocharged three-cylinder unit positioned above it. A 1.5-liter CRDi turbo diesel will be the top choice in India. Five- and six-speed manual transmissions will be available, alongside a seven-speed DCT and the new six-speed Smartstream intelligent manual transmission (iMT).

According to Kia, the Sonet’s dynamics and suspension setup have been tuned to offer “high driving pleasure for enthusiasts”. The small SUV will be offered in a dual trim concept including the sporty GT-Line (pictured in the gallery) and the standard model. The latest made-in-India global product after the larger Seltos, the Sonet will be made at Kia’s plant in Anantapur, Andhra Pradesh, India.