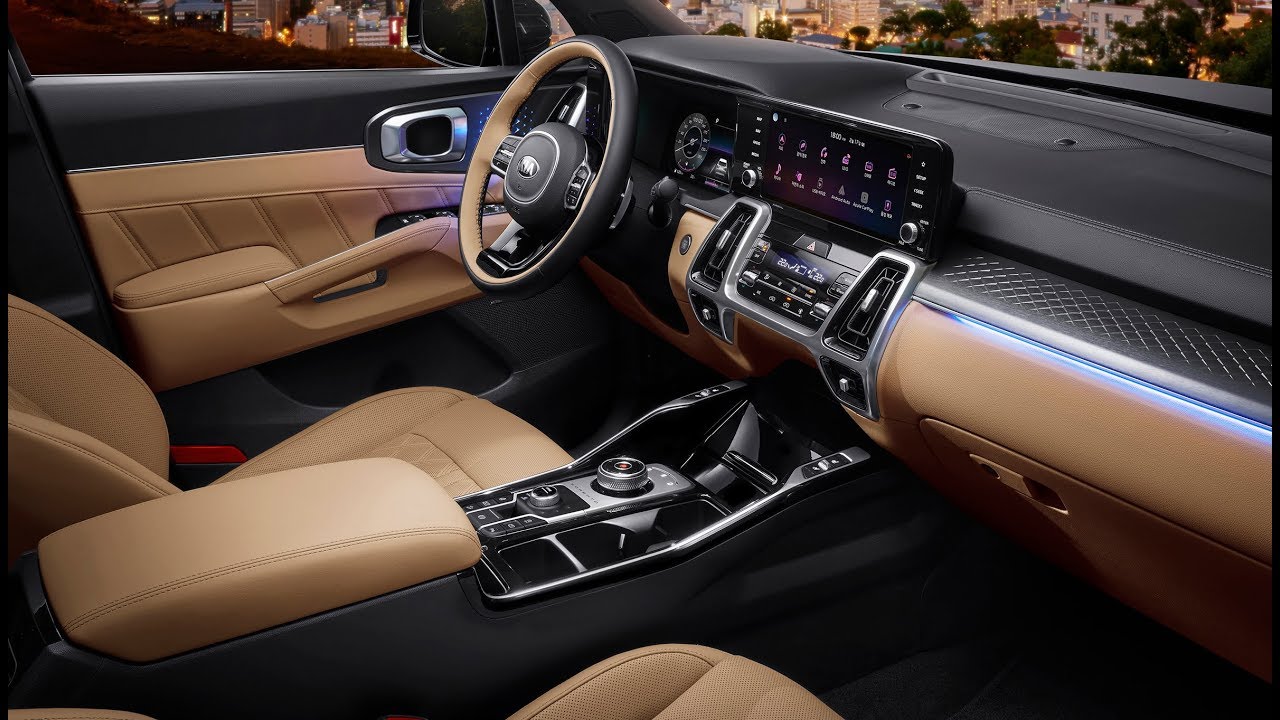 On the outside, the Sorento picks up many of the cues established by the upcoming Optima/K5, including the broad and angular grille. The front and rear fascias have loads of creases and geometric openings, while the rest of the body is a bit more subtle. The profile is less upright than that of the Telluride, but the chrome window trim has a little dorsal fin on the lower section like the bigger crossover, as well as some of Kia’s overseas wagons. The overall profile looks like the Sorento will still have room for an optional third row of seats like the current one.

These official photos give us our best look yet at the Sorento’s interior. It builds on the low and wide dashboard design of the Telluride, but gives a more aggressive, angled look, particularly with the center stack and climate controls. The stack and vents look as though they were folded forward, which angles the controls up and out toward the occupants. The vents are shaped like trapezoids, and the door handles have a beveled square design. You can also make out a diamond grid pattern in the aluminum-look trim on the dashboard, along with accent lights in the doors that mirror them. The Sorento is available with a 10.25-inch infotainment display and a 12.3-inch instrument screen.

There are still a number of details left to learn about the Sorento, such as its powertrain, features and pricing. We should get more of that when it makes its official debut at the Geneva Motor Show on March 3. The current Sorento is available with either a four-cylinder or V6 engine, and front- or all-wheel drive. The options for drive wheels will likely continue, though it’s unclear what engine options will be available, since it’s possible a V6, like the Telluride’s 3.8-liter, could be used, or perhaps a turbocharged four-cylinder from the Optima/K5 and Sonata.