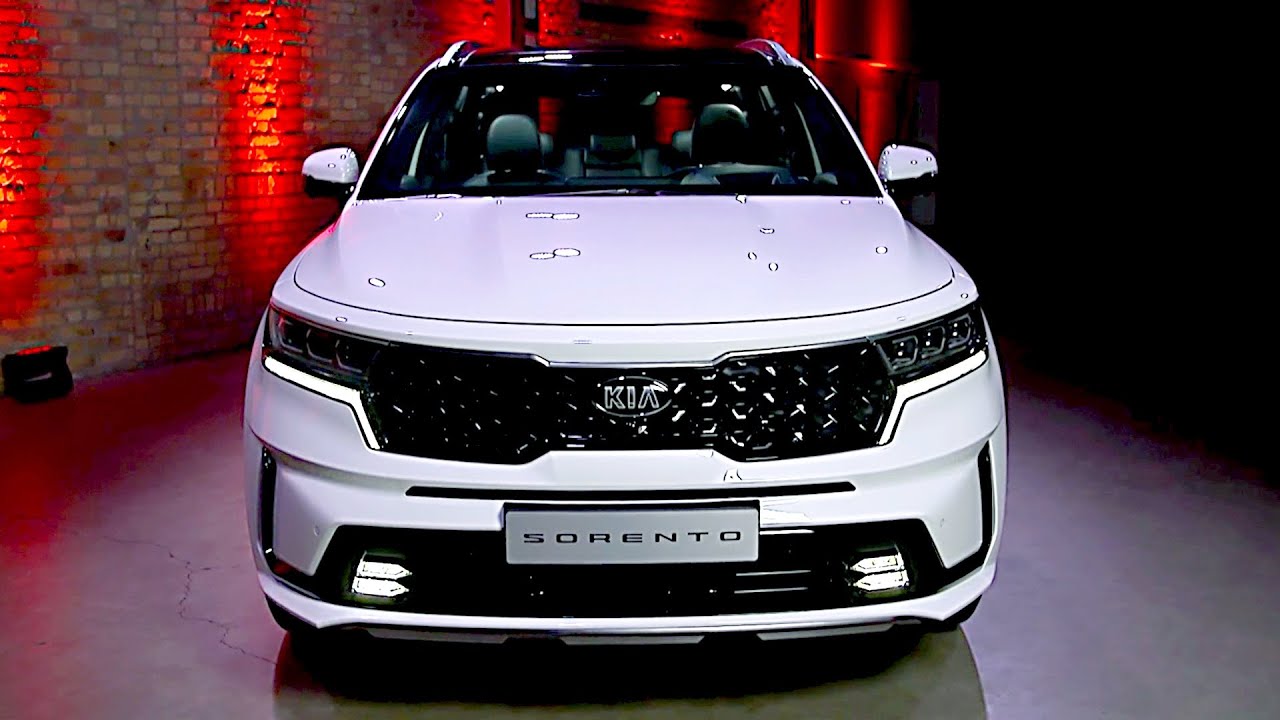 2021 Kia Sorento | Top Model Features – Interior and Exterior | Real-life Review. The new 2021 Sorento is the first vehicle to be based on Kia’s new-generation midsize SUV platform. Paired with a larger body to maximise cargo and luggage space, the platform ensure the Sorento is one of the most versatile and spacious three-row SUVs on the road.

Furthermore, the Sorento’s innovative interior packaging means it can offer all this while accommodating Kia’s new ‘Smartstream’ electrified powertrains – the first time that hybrid power has featured in the Sorento line-up. As a result, the new model offers greater fuel efficiency, lower emissions, and higher performance than its predecessors.

This will be Kia’s most high-tech car ever, thanks to its progressive connectivity, driver assistance and infotainment technologies. Its user-friendly twin digital displays deliver advanced graphics, new telematics features and smartphone connectivity.

The new Sorento is the flagship for Kia’s reinvigorated global SUV line-up, alongside the Stonic, Seltos and Sportage, as well as the Kia Telluride available in North America and certain other markets. The new model is the result of a collaborative design effort betweenKia’s worldwide design network.

The interior of the fourth-generation Sorento represents a step-change in quality and design for Kia cabins. From the first-generation 2002 Kia Sorento, which provided occupants with a practical, robust and utilitarian space, the Sorento today provides owners with something altogether more striking, desirable and comfortable.

POWERTRAINS
Kia’s newest SUV will be available with hybrid power – a first for a Sorento – and buyers will eventually able to choose from hybrid or plug-in hybrid variants.

The Sorento Hybrid is powered by a new ‘Smartstream’ electrified powertrain, pairing a 1.6-litre T-GDi (turbocharged gasoline direct injection) with a 1.49 kWh lithium-ion polymer battery pack and 44.2 kW electric motor. The intelligent packaging of the Sorento’s new platform means the battery pack can be located under the floor, with minimal impact on cabin or luggage space.

Power is sent through the six-speed automatic transmission via a transmission-mounted electrical device, allowing the full power of the engine and motor to be transferred in parallel with minimal loss of energy. The result is immediacy in acceleration response at any speed, with direct access to available battery power at higher speeds.

The Sorento Hybrid will go on-sale in select European markets from launch, with others to follow later in 2020. The new Sorento will also be available as a Plug-in Hybrid variant from late in 2020.

The Sorento’s new four-cylinder 2.2-litre ‘Smartstream’ diesel engine is also available for European customers, producing 202 ps and 440 Nm torque. With a new aluminium block, 19.5 kg lighter than the cast iron block of its predecessor, the new engine is 38.2 kg lighter compared to that found in the third-generation Sorento. Furthermore, it is paired with Kia’s new eight-speed wet double-clutch transmission (8DCT). Designed to offer the smooth shifting characteristics of a conventional automatic, the 8DCT enhances fuel efficiency over a conventional eight-speed automatic, depending on application.

The new 2021 Kia Sorento will be built for Europe and many other markets at Kia’s Hwasung manufacturing facility in Korea. The car will also be built for North America at Kia’s West Point, Georgia, USA production plant.

European sales are due to commence in the third quarter of 2020; the car will be available to order in most of Kia’s global markets by the end of the year. It will be sold in Europe with Kia’s unique seven-year, 150,000-kilometre warranty as standard.