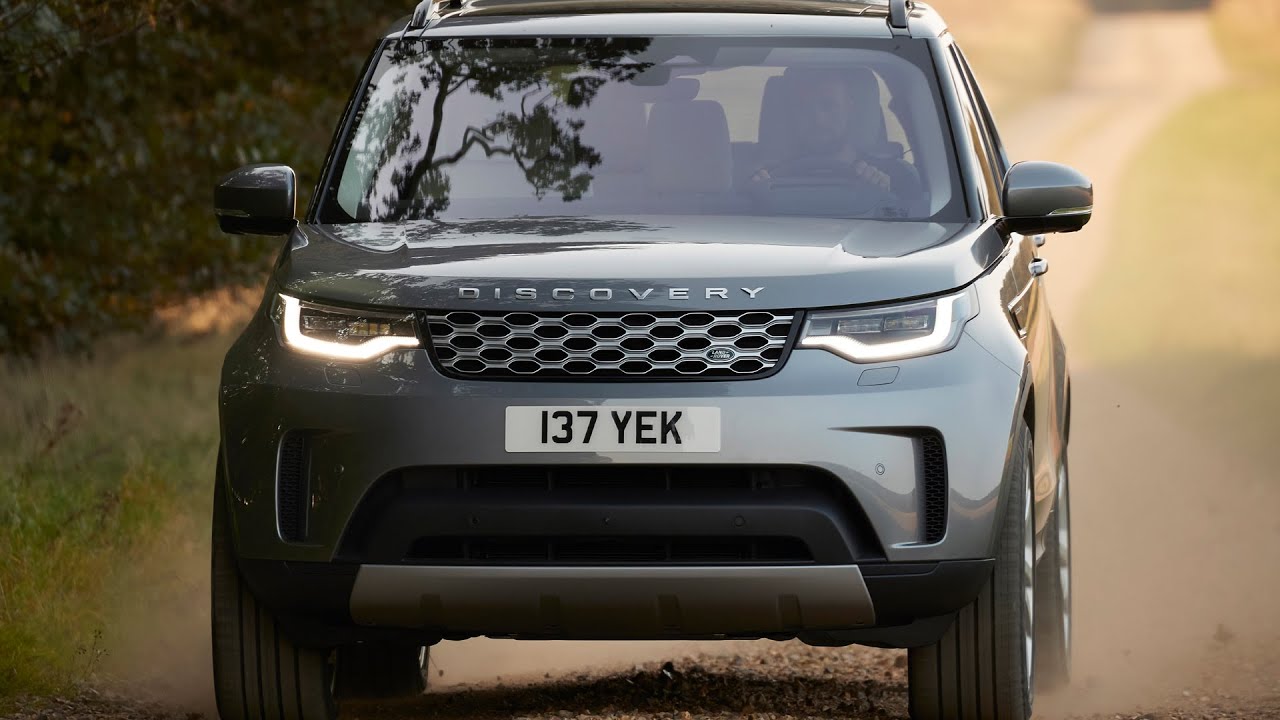 2021 Land Rover Discovery – Features, Design, Interior and Driving. While styling tweaks for the 2021 Land Rover Discovery are fairly subtle, the brand’s three-row family SUV receives more meaningful updates under the hood and inside the cabin. Last year’s Discovery models were available with either a 254-hp turbo-diesel V-6 or a supercharged gasoline-powered 340-hp V-6 engine, but both have been tossed out in favor of a 296-hp turbocharged 2.0-liter four-cylinder and a turbocharged 3.0-liter inline-six. The six-cylinder engine makes 355 horsepower with help from a 48-volt hybrid system. The previously optional air suspension is now standard equipment.

New front and rear lighting elements include new matrix LED headlamps and an updated daytime running light design. The Discovery’s grille has been restyled to fit in better among newer Land Rover models. There are new 20- and 22-inch wheel designs, and the Discovery script on the rear liftgate has been relocated to a slightly lower position.

Land Rover is also launching a new midrange R-Dynamic trim for 2021. The R-Dynamic is expected to become the volume-selling model; it wears a sportier look with glossy black exterior accents, black wheels, and two-tone leather upholstery with contrast stitching.

Pivi Pro offers more features at the driver’s fingertips as well, including handy controls for second- and third-row power-operated seats and a novel 360-degree camera system which also shows what’s directly under the Discovery’s hood. The camera system should be useful for off-road maneuvering, particularly when traversing difficult terrain.

Other interior updates include a new toggle-style shift lever, more heavily padded second-row seats, additional USB-C ports, and rear-seat air vents that have been moved to the back of the center console for better airflow. A wireless smartphone charging pad and a new cabin filtration system have also been added. Land Rover’s wearable activity key also receives an upgrade with the 2021 model year, featuring new touchscreen controls and options to lock, unlock, and start the Discovery remotely.

The 2021 Discovery is expected in U.S. dealerships by the end of 2020 with a starting price of $55,250 for the base S model with the turbocharged four-cylinder engine. Upgrading to the midrange R-Dynamic moves the starting price to $57,750; the R-Dynamic with the more powerful inline-six engine starts at $63,250, and the top-spec HSE, which comes standard with the six-cylinder, costs $70,250.