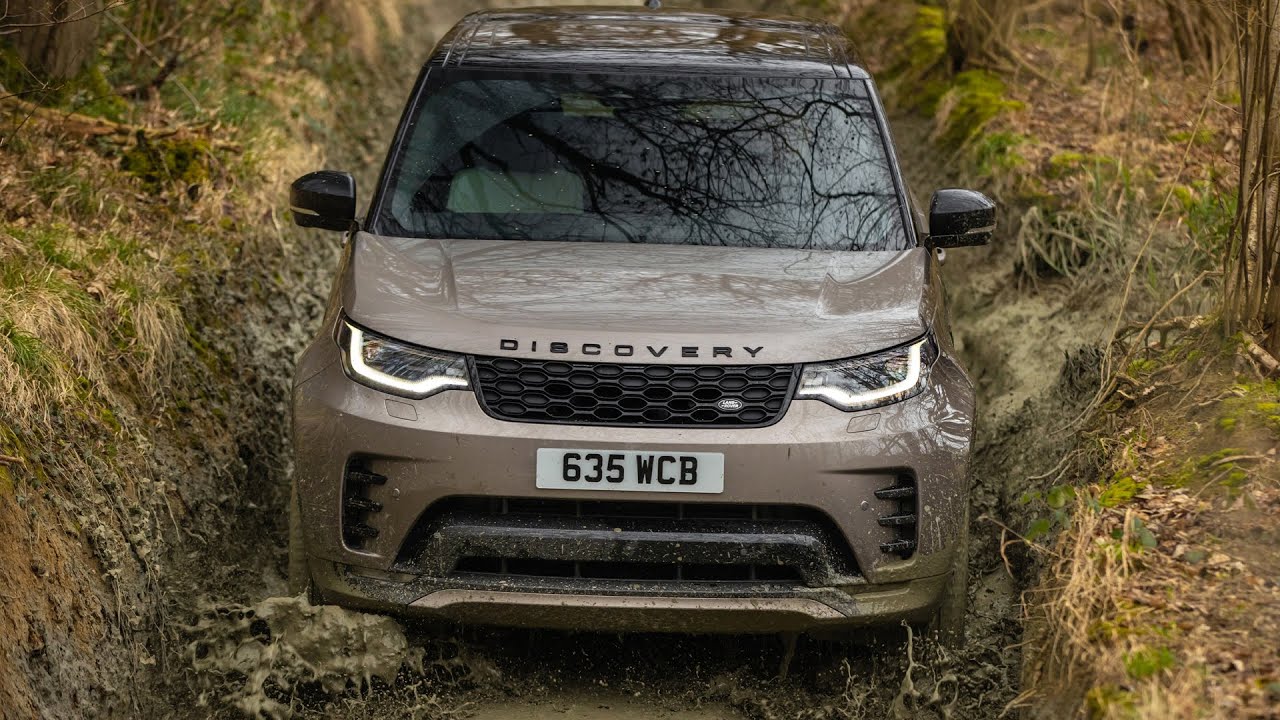 2021 Land Rover Discovery – Off-road Driving. If a Jeep is too conventional—or plain—for your outdoorsy family, consider the 2021 Land Rover Discovery: it provides a much more upscale vibe to accompany its impressive off-road capability. With room for up to seven people inside its posh, three-row cabin, the Discovery adds an extra layer of practicality over the two-row Grand Cherokee. A pair of turbocharged gasoline-powered engines are offered—a four-cylinder and a six-cylinder, both turbocharged—and all Discovery models come with an adjustable air suspension and standard all-wheel drive. The Discovery leverages Land Rover’s legendary go-anywhere reputation and backs it up by offering an optional two-speed transfer case and a locking rear differential for maximum overlanding freedom. There’s even a Wade mode that’s set up to improve the Discovery’s water-fording capability. Try that in your Porsche Cayenne or Volvo XC90.

What’s New for 2021?
Land Rover has given the Discovery a fairly thorough refresh for 2021 that includes two new turbocharged engines—a 296-hp four-cylinder and a 355-hp six-cylinder—as well as a new Pivi Pro infotainment system with an 11.4-inch display. A new grille, tweaked exterior lighting elements, and new wheel designs give the Disco a visual update, and a new R-Dynamic model—complete with glossy black exterior accents—joins the lineup. Land Rover has improved rear-seat comfort by adding additional padding to the second-row chairs. There’s a new 12.3-inch digital gauge display and a full-color head-up display for the driver; a toggle-style gear selector is also new and all Discovery models now come standard with an adjustable air suspension.

The mid-range R-Dynamic model offers the best value in the Discovery lineup, as it adds fog lamps, LED tail lights, aluminum interior trim, and uniquely styled front and rear bumpers. Base S and R-Dynamic models come standard with the turbo four engine, but the R-Dynamic can be optioned with the more powerful inline-six-cylinder engine for $5550. The top-level HSE trim receives the inline-six as standard equipment.

Engine, Transmission, and Performance
All Discovery models come with full-time all-wheel drive as standard, but buyers can choose between a 296-hp turbocharged 2.0-liter four-cylinder or a 355-hp turbocharged 3.0-liter inline-six, the latter of which employs a 48-volt hybrid system. We haven’t had a chance to test drive the Disco with the base turbo four, but with the inline-six, the big Land Rover feels sprightly around town and delivers adequate power for highway merging and passing. The Land Rover’s adventure-ready mission caters to those seeking an SUV for much more than just trolling the parking lot at the mall, but it comes at the expense of on-road dexterity. The Discovery’s handling isn’t as ponderous as one might expect, but it still feels clumsy and top-heavy when changing direction. The Disco never lets you forget that you’re piloting a large SUV. Overall ride quality is quite good and even harsh bumps are dealt with easily. Steering feel, however, is nonexistent, especially on-center, where a large dead spot creates a need for frequent steering corrections when cruising on the highway. If towing a heavy load is on the docket, the Disco is rated to tow up to 8200 pounds.