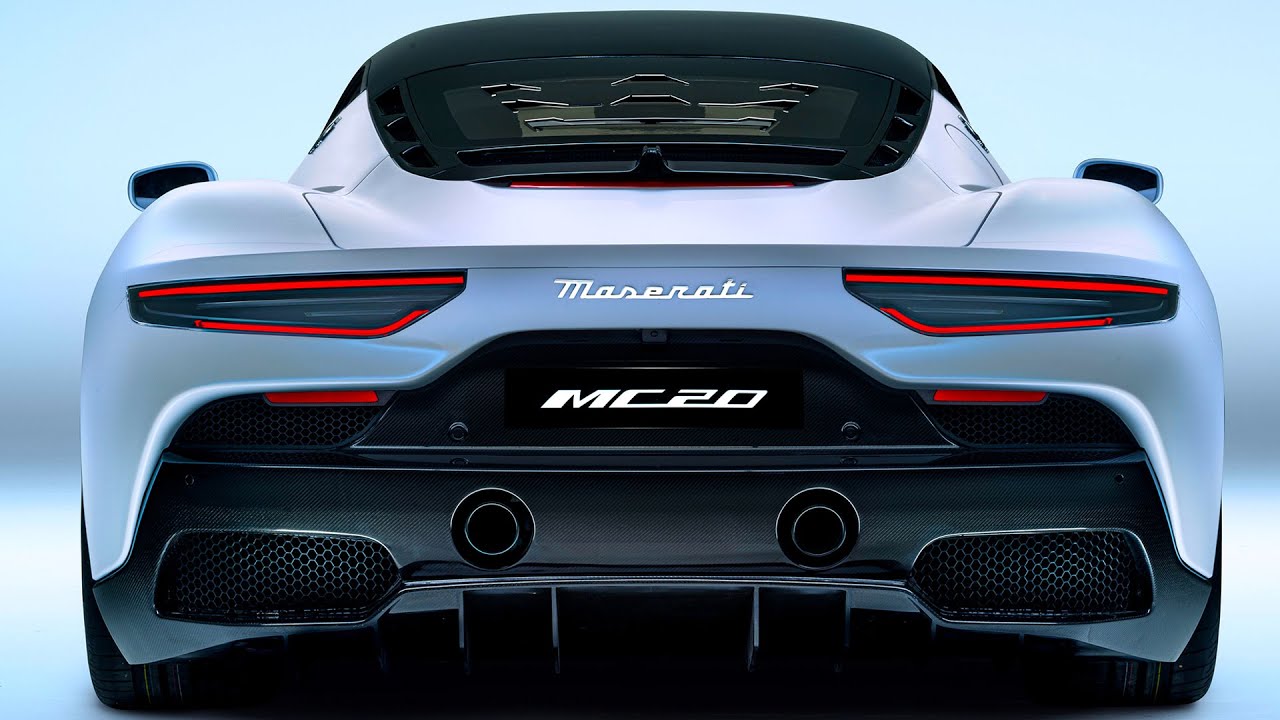 2021 Maserati MC20 Walkaround – The New Mid Engine Supercar. It sometimes seems as if Maserati has been waiting longer for a renaissance than the artisans of medieval Italy did. Multiple attempts to return the brand to the glories of its early years have fallen short of Maserati’s lofty ambitions, but the company is undeterred. Its latest rebirth strategy—with plans for 10 new or heavily revised models by 2023—launches with a stunning flagship: the 2021 MC20.

The “20” marks the year and the “MC” stands for “Maserati Corse” (translation: “Maserati Racing”), referencing both the 2004 MC12 and confirming the brand will return to top-flight motorsports with this car. Much about the MC20 sticks closely to the supercar playbook. It is built around a central carbon-fiber tub created in collaboration with Dallara, the motorsports engineering company that also developed the carbon structures for the Alfa Romeo 4C and Bugatti Chiron. Bodywork is made from carbon fiber, and as is normal in this part of the market, we will see both coupe and convertible variants of the MC20. What’s more, Maserati claims the internal-combustion version of the coupe will weigh just 3240 pounds.

That’s right; there will be two powertrains. Maserati will launch an electric model shortly after the gasoline car goes on sale. That’s not to say the hydrocarbon-consuming version of the MC20 will be short on innovation, though. It will debut a 90-degree V-6 engine Maserati calls “Nettuno” (Italian for “Neptune”). This twin-turbocharged 3.0-liter has oversquare cylinder dimensions—meaning the bore is larger than the stroke. The DOHC heads have a total of 24 valves, port and direct fuel injection, and two spark plugs for each cylinder. One of those plugs incorporates a passive pre-chamber ignition system. The air-fuel mixture is forced into this antechamber during the piston’s compression stroke, and primary ignition takes place inside it. The flame then propagates in a star-shaped pattern from jets on the pre-chamber. Maserati engineers say this combustion process—used on its own, not at all, or in combination with conventional combustion-chamber spark-plug ignition—makes for a more efficient engine. If there is any doubt of this technology’s value, know that Formula 1 engines use pre-chamber ignition.

With a peak output of 621 horsepower at 7500 rpm, the V-6 joins an exclusive club as one of the most potent engines ever to grace a production car. Specific output is a heady 207.6 horsepower per liter. The Nettuno revs to 8000 rpm and drives the rear wheels through an eight-speed dual-clutch transaxle featuring a limited-slip differential. The company says the MC20 will be able to dispatch 60 mph in less than 3.0 seconds and achieve a top speed of more than 202 mph. We have few details on the EV version, but chief engineer Luigi Sciarretta confirms that it will power all four wheels and be even quicker than the gas car. The company is aiming for a range of more than 235 miles, presumably under European testing methodology.

The MC20’s elegant lines are the work of a team led by Maserati design boss Klaus Busse, who says his objective was to create a supercar without the vast air intakes and aggressive wings common to this part of the market. Air enters the engine compartment through a high-mounted inlet behind the cabin. The polycarbonate engine cover incorporates louvers to help release hot air and also to look cool.

We don’t have official word on pricing yet, but based on the company’s list of cited rivals, we can expect the MC20 to start under $200,000 when it gets here next year. This is a well-stocked part of the market, but we’re not going to complain about choice getting harder, especially with a sports car that looks this good