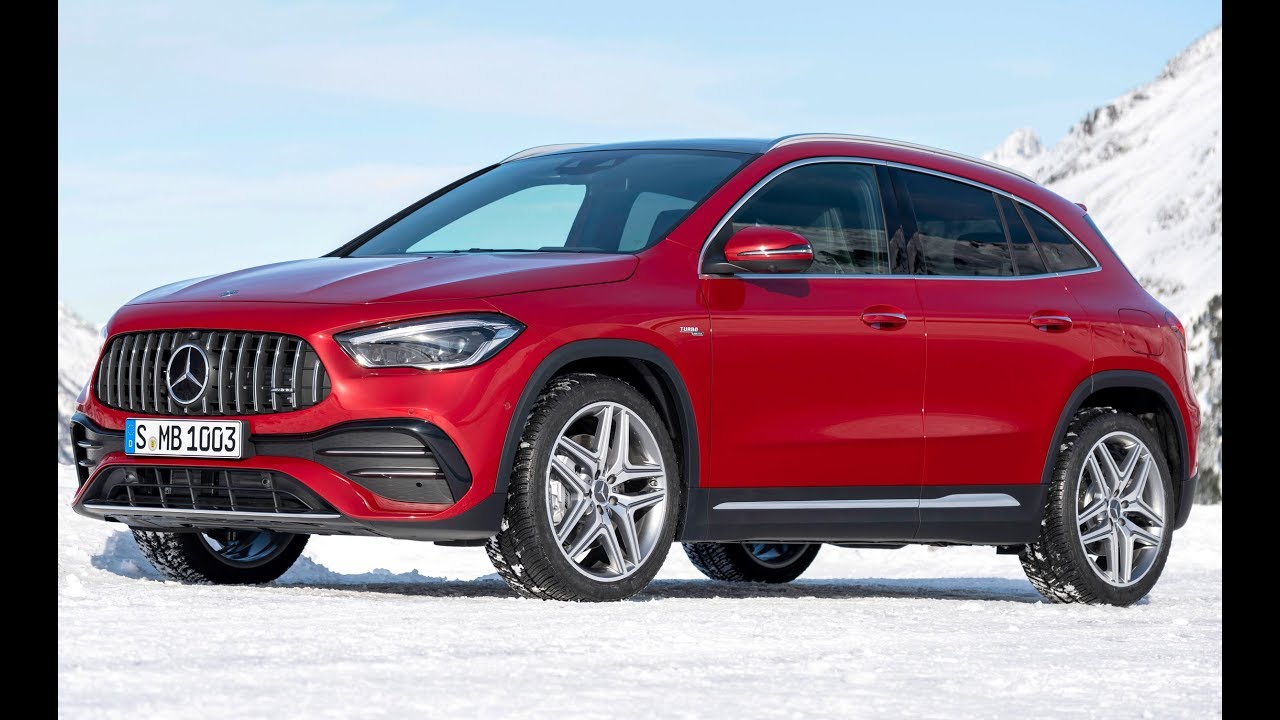 2021 Mercedes-AMG GLA 35 – Sporty crossover with high-style and high-performance. After six years and more than one million units sold, the Mercedes GLA is ready to enter its second generation with some major changes over its highly successful predecessor. At a first glance, the evolutionary styling might tempt you to believe this is more of a facelift rather than a new generation but have a look inside the cabin and you’ll begin to understand the compact crossover has gone through some major changes.

For starters, the GLA’s physical dimensions have been significantly altered as the new model is 0.6 inches shorter (at 173.6 inches), yet the wheelbase has been elongated by 1.1 inches (at 107.4 inches). Perhaps more obvious is the change made to the vehicle’s height considering the new one stands 63.4 inches tall or 4.1 inches higher than before.

It goes without saying the revised proportions have had an impact inside the revamped cabin where rear passengers get to enjoy extra room for their elbows, shoulders, and legs, but the headroom has taken a minor hit. Those sitting in the back can adjust the 40:20:40-split-folding seats by 5.5 inches and the backrest can also be modified to a steeper rake to make room for more voluminous cargo. As for the driver and front passenger, they have more elbow, shoulder, and headroom, but legroom has actually decreased a bit.

The increase in height is lending the GLA that sort of appearance you’d want from a proper crossover by moving away from the jacked-up hatchback vibe the old one was sending out. The beefier presence is also accentuated by the extended tracks at both the front and rear, which have increased by 1.8 inches in both areas.

In regards to the oily bits, the U.S.-spec GLA lineup starts off with the front-wheel-drive 250 model equipped with a turbocharged 2.0-liter gasoline engine. It produces 221 horsepower and 258 pound-feet (350 Newton-meters) of torque sent to the front axle via an eight-speed, dual-clutch automatic transmission. This setup enables the base GLA reach 60 mph (96 km/h) in 8.6 seconds and top out at 130 mph (209 km/h). At an additional cost, the engine can be hooked up to an all-wheel-drive system for the GLA 250 4Matic model.

Should you want something with a bit more spice, you’ll have to step up to the AMG GLA 35 model with its 302 hp and 295 lb-ft (400 Nm) from a 2.0-liter turbo four-pot. It comes exclusively with an eight-speed dual-clutch gearbox with 4Matic and does the sprint in five seconds en route to an electronically governed 155 mph (250 km/h).

Go for an all-paw model and the new GLA will come fitted as standard with an Off-Road Engineering Package encompassing an extra driving mode, downhill assist function, an off-road animation on the screen, and even a special light function for driving off-road.

A neat party trick of the GLA has been carried over from the fullsize GLS. We’re talking about the car wash function, which upon activation folds the mirrors and closes all the windows, including the sunroof. In addition, the rain sensor is temporarily deactivated so that it doesn’t trigger the windshield wipers, while the climate control automatically switches to air-recirculation mode. If the vehicle is equipped with a 360-degree camera system, an image of the front is shown onto the screen to help the driver maneuver the vehicle in the car wash.

The new GLA is scheduled to arrive at European dealers next spring ahead of a summer launch in the United States.