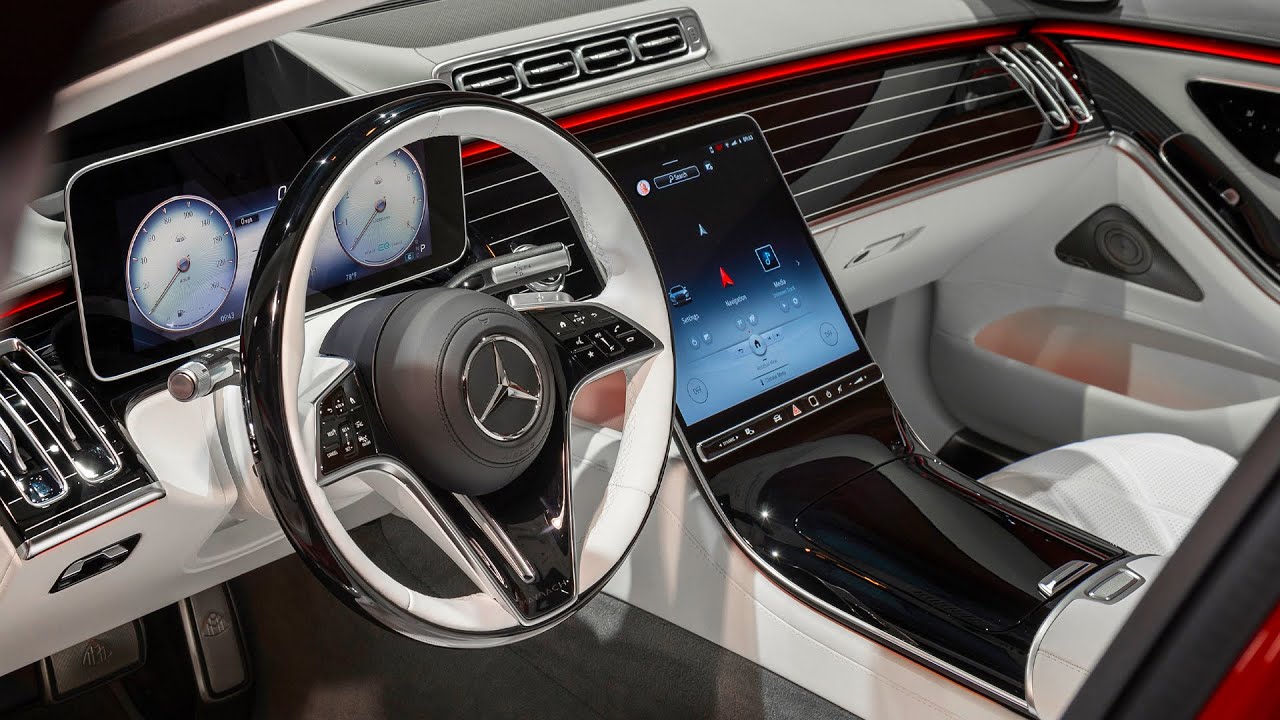 Set to reach showrooms next summer, the Bentley Flying Spur rival aims to capitalise on growing demand for ultra-luxury flagship variants from markets such as China, Korea and Russia. It joins the Mercedes-Maybach GLS, the sub-brand’s first SUV, which was revealed last year.

At 5469mm long, the Maybach S-Class is a full 18cm longer than even the long-wheelbase version of the standard Mercedes-Benz S-Class. The firm claims this increase “entirely benefits the rear”, making it ideal for high-end chauffeurs.

The upgrade isn’t limited to more space, however, with the twin Executive seats fitted as standard allowing independent adjustment of the squabs and backrests.

Mercedes also claims that the footrest attached to the front seat and the electrically extending legrest (itself 50mm longer than that in the old Maybach S-Class) allows for a “continuous, comfortable reclining surface for a pleasant sleeping position”.

There are also electrically assisted rear doors that can be operated by the driver, plus adaptive lighting for the rear occupants with a wide range of adjustment.

Utilising the same MBUX interface for the available five part-OLED screens as the regular S-Class, the Maybach offers a vast array of control over vehicle systems and features and can recognise movements and gestures from rear passengers via 3D laser cameras in the roof lining.

Externally, the Maybach is differentiated from the standard S-Class with a new bonnet design that features a chromed fin, Maybach’s signature vertically slatted grille and wider rear doors. There’s also a new C-pillar quarterlight, while bespoke badging is applied throughout.

Optionally available is a two-tone paint finish (as pictured). The Maybach S-Class will be offered with two engines in the UK at launch: the 496bhp 4.0-litre twin-turbo petrol V8 from the S580 and a 603bhp 6.0-litre twin-turbo petrol V12, set to be badged as the S650. Other markets will receive a plug-in hybrid using a 3.0-litre six-pot turbo petrol engine and a gearbox-mounted electric motor for a combined 503bhp. Air suspension is standard, along with Mercedes’ road surface-scanning E-Active body control tech. Rear-wheel steering is optionally available.

Pricing is also yet to be detailed but, based on the price of the previous-generation V12 Maybach S-Class, it’s likely that the base V8 model will comfortably exceed £150,000.