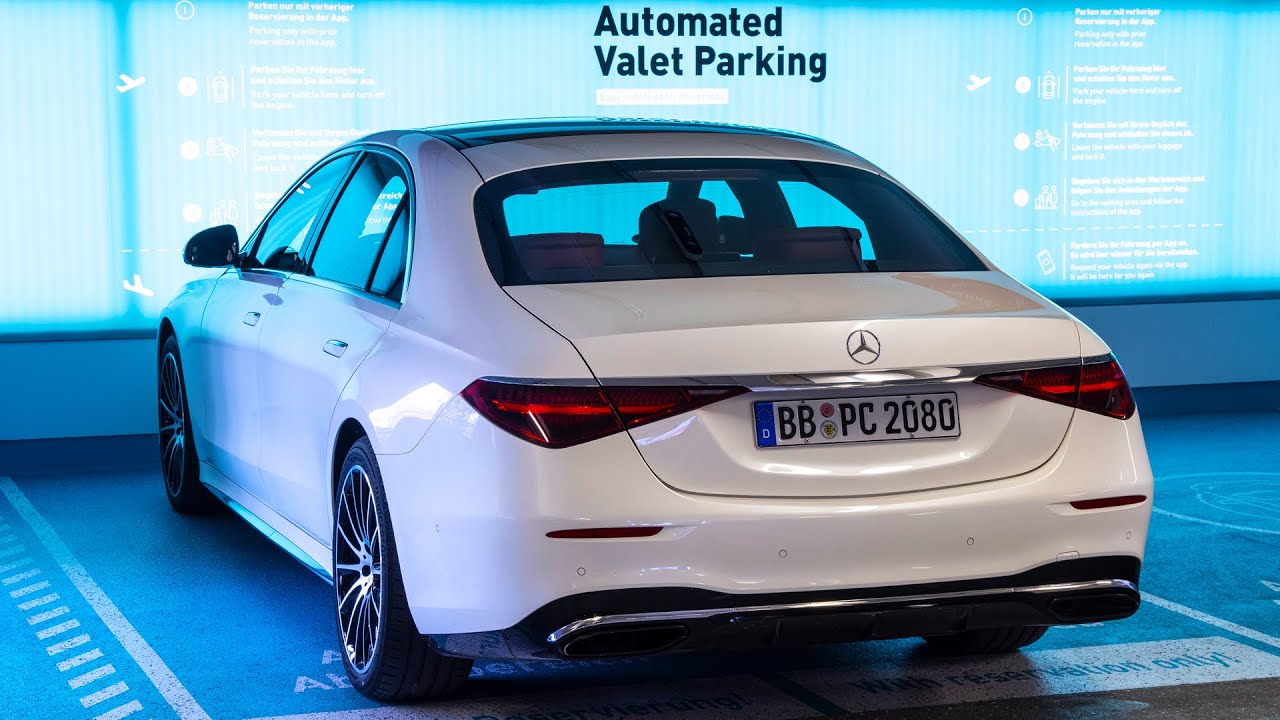 Mercedes-Benz announced on Monday that it, Bosch and parking-garage operator Apcoa will deploy an automated valet parking (AVP) system at the Stuttgart Airport’s P6 parking garage. According to the automaker, there’s an optional “pre-installation” for its flagship 2021 S-Class that will eventually enable something called Intelligent Park Pilot, which will give the car the ability to park itself based on a smartphone command, a first for the industry.

Here’s how it will work. Behind the entrance to Stuttgart’s P6 garage, there will be a space for AVP users to leave their car. After confirming the car is ready to park, the vehicle will take itself to the basement of the parking garage, receiving guidance from the infrastructure itself. Once the vehicle is parked, it’ll remain there until the driver returns from their trip and prompts the vehicle to return to the space outside the garage. Ticketing and payment will be automated, as well, so it’s a seamless transition from car to plane and back again.

Mercedes-Benz is working alongside Bosch on this one because a system like AVP requires more than just a kitted-out car. Bosch’s video cameras will be able to identify open spaces in the garage and send that information to a control center, which will then crunch the data and provide the car with an ideal route from drop-off point to parking space. Previously, this mapping was done with lidar sensors, but Bosch now has a camera-based solution for it.

Preparations for the pilot program are already underway. While Mercedes-Benz did not offer a specific timeline for the rollout, it did say that only two spaces will be made available for AVP to start, with more spaces opening depending on demand.

This isn’t the first time Mercedes and Bosch have played with the notion of driverless valet parking. In 2017, the pair unveiled an automated valet system that worked with select E-Class sedans outfitted for the task, with Mercedes supplying the cars while Bosch leaned on its experience with infrastructure. This is a natural extension of that, and for the first time, it brings an actual production car with production options into the fold.