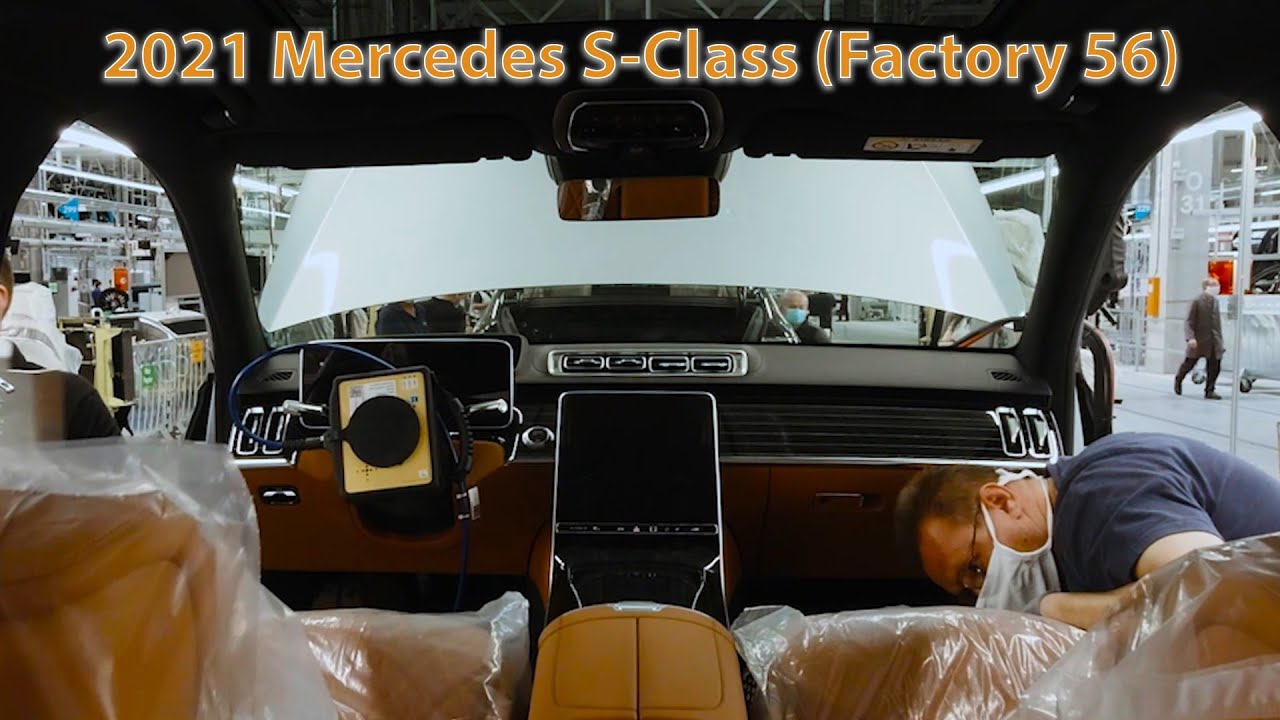 Flexible, digital, efficient and sustainable: Factory 56 embodies the future of production at Mercedes-Benz and sets new standards for the automotive industry. With an investment of approximately 730 million Euros, the factory at the Mercedes-Benz plant in Sindelfingen is a clear commitment to Germany as a business location. In total, Mercedes-Benz is investing about 2.1 billion euros at the Sindelfingen site. At the same time, the company is increasing efficiency in Factory 56 by 25 percent compared to the previous S-Class assembly. Production in Factory 56 is characterized by maximum flexibility; this applies to the number of models produced and the production volume as well as to material flows. New models – from compact cars to SUVs, from conventional to plug-in hybrid to electric drive – can be integrated into series production in just a few days. Production can be adjusted quickly and flexibly to meet market demand. In line with Ambition 2039, Factory 56 will be a zero-carbon factory – completely CO2-neutral and with significantly reduced energy requirements. This is made possible, among other things, by its innovative energy concept with a photovoltaic system, a DC power grid and energy storage systems based on reused vehicle batteries. Innovative technologies and processes have been implemented consistently and comprehensively throughout the assembly hall, providing the best possible support for the employees in their daily work. The concept of Factory 56 will be gradually transferred to all Mercedes-Benz car plants around the world as a blueprint.

Factory 56 at the Sindelfingen plant embodies the future of production at Mercedes-Benz and sets new standards for the automotive industry. First, the new generation of the Mercedes-Benz S-Class sedan and long version rolls off the production line in the Factory 56. Later, the S-Class Maybach and the EQS, the first all-electric member of the new S-Class family, will also be produced on the same line. In the TecLines, the classic production line is replaced by driverless transport systems.