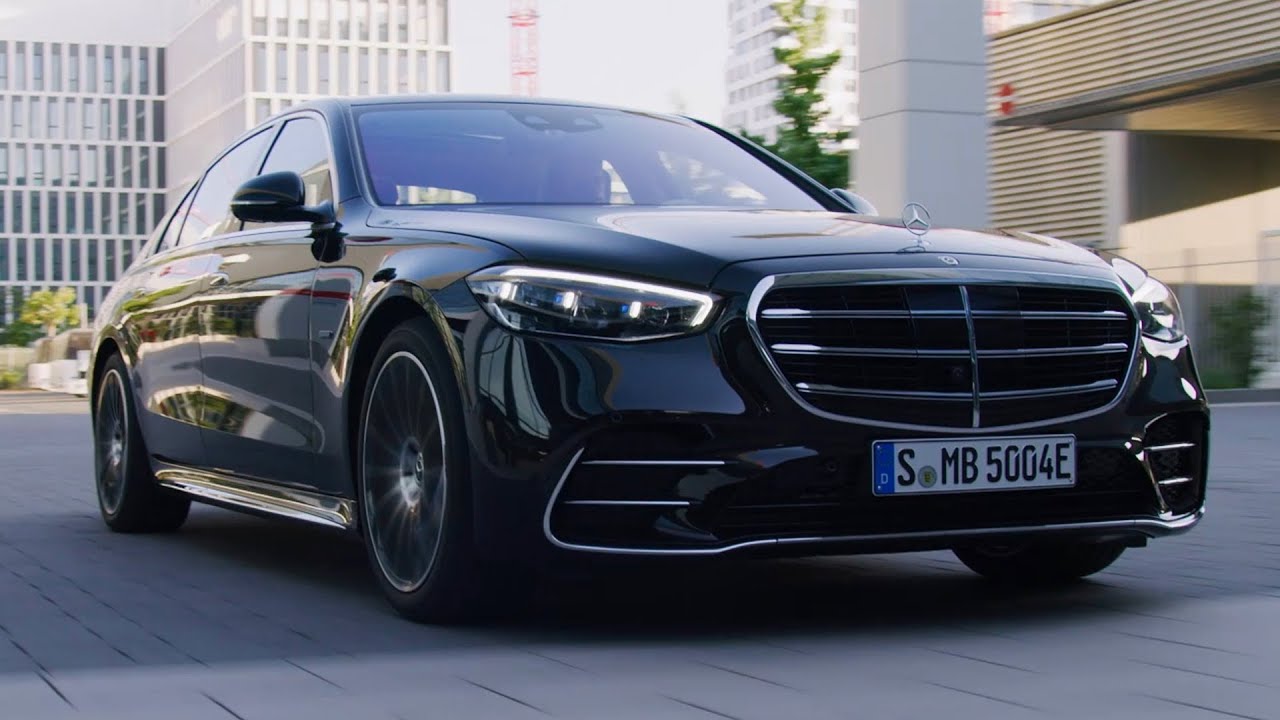 The new model offers a long list of technological, safety, and luxury improvements, and this new generation also represents a clear stylistic step forward for the iconic S-class.

The new W223 generation, Mercedes intends to ensure that the S-class remains positioned at the top end of the automotive hierarchy of technology, luxury, and innovation.

U.S. buyers will get a choice of two models and engines. The S500 4Matic will come with a turbocharged 3.0-liter inline-six that makes 429 horsepower and 384 lb-ft of torque, while the S580 4Matic will have a twin-turbo 4.0-liter V-8 making 496 horsepower and 516 lb-ft. Both, as the 4Matic name indicates, will have all-wheel drive. The power will be channeled to the wheels through a nine-speed automatic transmission. Top speed will be electronically limited to 130 mph.
In Europe, the S-class launches with rear- and all-wheel drive and a choice of straight-six diesel and gasoline engines, the latter of which are fitted with a 48-volt hybrid system that can provide extra boost. Daimler promises a V-8, and there will be a plug-in hybrid, based on the straight-six gasoline model, with more than 60 miles of electric range. AMG models will receive a high-performance version of the 4.0-liter V-8. There will be no diesel in the U.S., but we will eventually get most other powertrain options.

Now we see the car without camouflage for the first time. And while it is still unmistakably a top-of-the-line Mercedes-Benz, the new model clearly represents a stylistic step forward.
The front end is graced by a new interpretation of the traditional Mercedes-Benz grille, similar to the facelifted E-class but bigger in size. The upcoming Maybach and AMG versions will each get their own unique grilles. The headlights look slim and slightly aggressive, the front hood is long enough to swallow anything from a straight-six to a V-12, and the greenhouse and side view are cleaned up and sharpened. In the rear, the new S-class gets a few delicate creases and horizontal taillights, like all other new Mercedes sedans. It is a contemporary and understated look that will be very competitive in its segment. While it is not lacking in sheer size, the new S-class appears sleeker than the Audi A8 and BMW 7-series that it will face off against.

The interior takes a far greater leap, substituting the opulent, round lines of the predecessor for a coldly futuristic style that can be tempered with supple color and trim choices. Hartmut Sinkwitz, head of interior design, speaks of “a revolutionary experience” inside the new S-class because of its combination of “digital and analog luxury.”

The basic shapes are horizontal and ultra-clean, accentuated with a plethora of added or upgraded technology. These options can make the new S-class feel like a futuristic spaceship, and they’re what will make this car into more than a comfortable long-distance cruiser. The interior can be specified with up to five screens, OLED displays, and 3D displays with real-time eye tracking. The 3D effect is absolutely stunning, as is the ultra-large head-up display, one of two available. It is so big that it offers an augmented-reality experience with large arrows projected right onto the windshield.
Read more: /news/a33867036/2021-mercedes-benz-s-class-revealed/