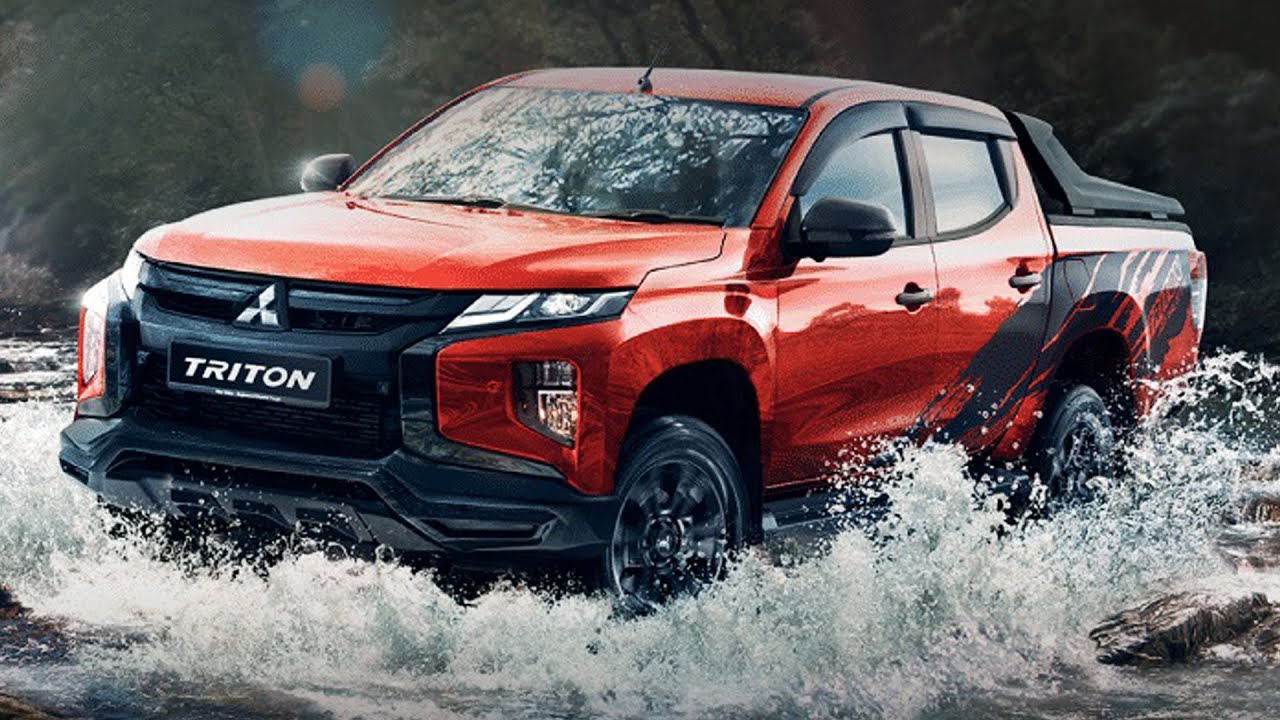 The Triton Athlete is the new flagship model of the Triton range, replacing the Triton Adventure X as the range topper.

Described by MMM as the “embodiment of toughness refined”, the Triton Athlete is marked by an aesthetic package that’s hard to miss. There’s a big black Dynamic Shield nose consisting of a gloss black under garnish and gloss black radiator grille. This black section replaces the regular Triton’s silver trim and chrome cheekbones. In Thailand, the Athlete has Mitsubishi script embossed below the diamond logo – we don’t get double branding.

The black theme continues on the sides, where the side mirror caps and door handles – which were chrome on the Adventure X – are in gloss black. Also in black are the side steps (was silver) and 18-inch wheels (was two-tone), and the Athlete adds on aero type window deflectors a.k.a. door visors.

Dirt track-style graphics seem to be a thing for trucks these days, and the Triton wears such decals as well. The ones here are big, covering almost half of the truck and extending into the front doors even. The side stripes have “Triton Athlete” emblazoned near the tail lamps. No decals on the tailgate, but there’s an Athlete badge on the right side.

Moving inside, the new range-topper comes with orange stitching on the leather-wrapped steering, gear knob and handbrake lever (but not on the seats), plus LED illuminated scuff plates. Our leather seats are still in black, unlike the Thai version, which is very heavy on orange.

Available in the Sun Flare Orange Pearl colour you see here (first introduced in November 2020 for the Triton Adventure X), White Diamond and Jet Black Mica, the Triton Athlete is priced at RM141,500 on-the-road without insurance. That’s RM3,600 more than the superseded Adventure X. All else remains the same, which means under the hood is a 2.4 litre MIVEC turbodiesel with 181 PS and 430 Nm of torque, paired to a six-speed automatic transmission and a Super Select 4WD-II system with hill descent control.