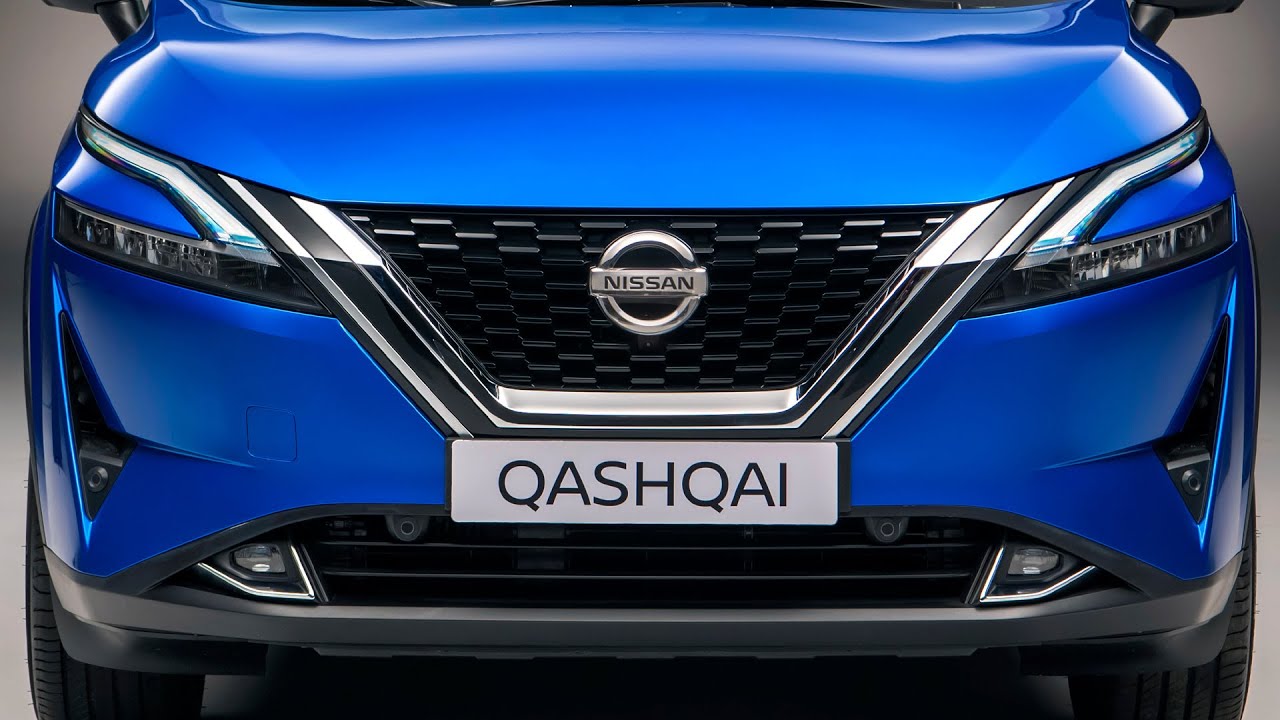 2021 Nissan Qashqai – Interior and Exterior details / Excellent SUV. A brand-new version of the popular Nissan Qashqai has been revealed, taking on a new look and hybrid tech for the first time. Read on for full details on this popular alternative to the likes of the Ford Kuga and Volkswagen Tiguan.

The size and proportions of the new Nissan Qashqai are similar to the old car, and it’s certainly more evolutionary than revolutionary in its design. Up front, C-shaped headlights that incorporate thin daytime running lights at the top flank a chrome-stripped grille that looks similar to what you get on the smaller Nissan Juke.

Down the side, you might notice the mirrors have been moved to the door from the A-pillar in a bid to improve visibility. You can choose to fit your Qashqai with ally wheels up to 20 inches in size, and there’s a new two-tone roof option as well.

At the rear, the new Nissan Qashqai gets high-mounted taillights that are similar to those on the old car, but they look less protruding and a touch sleeker. The Qashqai badge is mounted centrally too, rather than offset like before.

A completely new dashboard swoops down the middle to accommodate a 9-inch infotainment system. There’s a 12.3-inch digital driver’s display – for key driving info such as your speed, fuel and sat-nav directions –in place of analogue dials and gauges, and you can get an optional 10.8-inch heads-up display.

White ambient lighting is present throughout the interior, and you choose a heated steering wheel if you want. Nappa leather seats can be had on top-spec cars, and they even come with a massage function.

You can seat five in the Nissan Qashqai, and likely more easily than the old car too. That’s because there’s more kneerom in the back than the old car — 28mm to be exact — plus 15mm more headroom for the front and back rows too.

You also get a larger boot too, with 504 litres of space here compared with 430 litres in the last Qashqai. That’s still 111 litres behind the Volkswagen Tiguan, and 17 less than the Skoda Karoq though.

A whole new infotainment system has been developed for the Nissan Qashqai, and is displayed on a new 9-inch touchscreen. TomTom 3D sat nav is included, but you might just want to stick to your phone because Android Auto and Apple CarPlay both come in the package — with the latter supporting a wireless connection.

The Qashqai supports Amazon Alexa and Google Assistant services too, meaning you can set your navigation up from the comfort of the sofa before setting off. You can even use the NissanConnect app to control the horn, lights and central locking from your phone if you fancy spooking passersby.

The new Qashqai also comes with Nissan’s ProPilot safety technology as well, which includes a clever cruise control system that is able to take partial control of the throttle, steering and brakes on motorways. It can adapt its speed based on road signs — so no need to worry about the car hurtling you beyond speed limits — and it works in stop-start traffic.

An automatic emergency braking system is also included and works in reverse, too — handy for supermarket car parks.

There’s a choice of three engines for the new Nissan Qashqai — two pure petrol engines and one hybrid (there’ll be no diesel engines in the new Qashqai.) The petrol line-up consists of two 1.3-litre four-cylinder engines, with either 140hp or 160hp. Both are linked up to a mild-hybrid system that allows the car to cut its engine off earlier when coming to a stop to help cut emissions and boost fuel economy.

As standard, the Nissan Qashqai is fitted with a six-speed manual gearbox that sends power to the front wheels. You can have it as an all-wheel-drive version, though, which comes with a CVT automatic gearbox. this is optionally available on 160hp petrol models with front-wheel drive, too.

One thing that is totally new for the Nissan Qashqai is its hybrid system. Rather than using a plug-in battery like many other hybrids out there, the Nissan Qashqai ‘E-Power’ has a 157hp, 1.5-litre petrol engine that powers a 190hp electric motor. This motor is what drives the front wheels, with the engine serving only to provide charge for a rather small capacity battery – you can’t charge this new hybrid from a public charger or a wallbox.