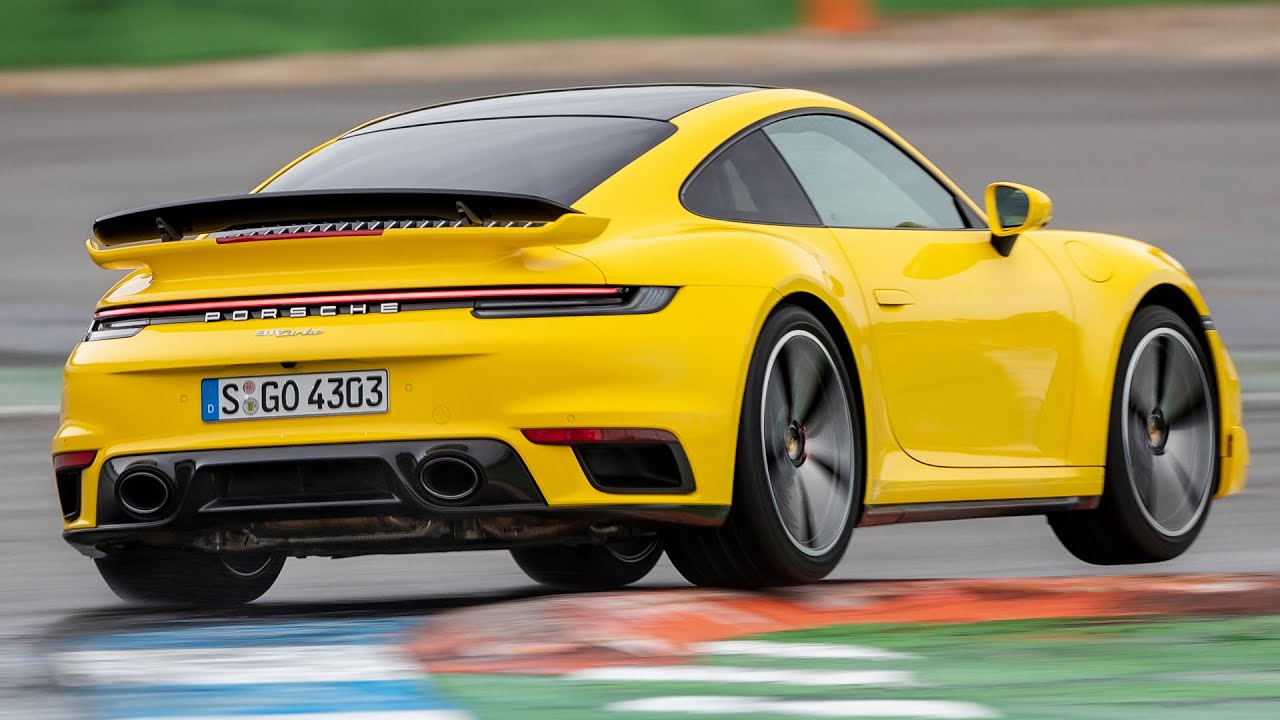 Pricing for the 911 Turbo starts from $170,800 in the United States. For this sticker, you can take home the coupe version. If you want the drop-top variant, pricing jumps to $183,600 before options.

The 911 Turbo is notably more affordable than the Turbo S, with both the coupe and convertible models fetching a $32,700 premium for a final sticker that exceeds $200,000.

Is the 2021 Porsche 911 Turbo better than the Mercedes-AMG GT R?
The current AMG GT is on the market for quite a few years, but it’s still a potent coupe in R trim. This front-engined two-door features a twin-turbo, 4.0-liter V-8 engine rated at 577 horsepower and 516 pound-feet of torque. This isn’t enough to compete against the Turbo S, but it has what it takes to go against the Turbo. That’s an extra five horses, but a 37-pound-foot deficit. However, the GT R is nowhere near as quick from a standing start, needing 3.5 seconds to hit 60 mph, 0.8 seconds slower than the 911 Turbo. It’s top speed, on the other hand, is similar at 198 mph. The Mercedes-AMG GT R starts from $162,900, so it’s slightly more affordable than the Porsche 911 Turbo.

Is the 2021 Porsche 911 Turbo better than the Jaguar F-Type R?
The Jaguar F-Type is another front-engined competitor for the Porsche 911 Turbo. But unlike the German coupe, it features a bigger 5.0-liter V-8 and a supercharger. It comes with 575 horsepower on tap, three more than the 911 Turbo, but just like the AMG GT R, it’s much slower from 0 to 60, needing 3.5 seconds to hit the benchmark. Its top speed is also slightly inferior at 186 mph. But this AWD machine is notably more affordable than the 911 Turbo, coming in at $103,200 before options.