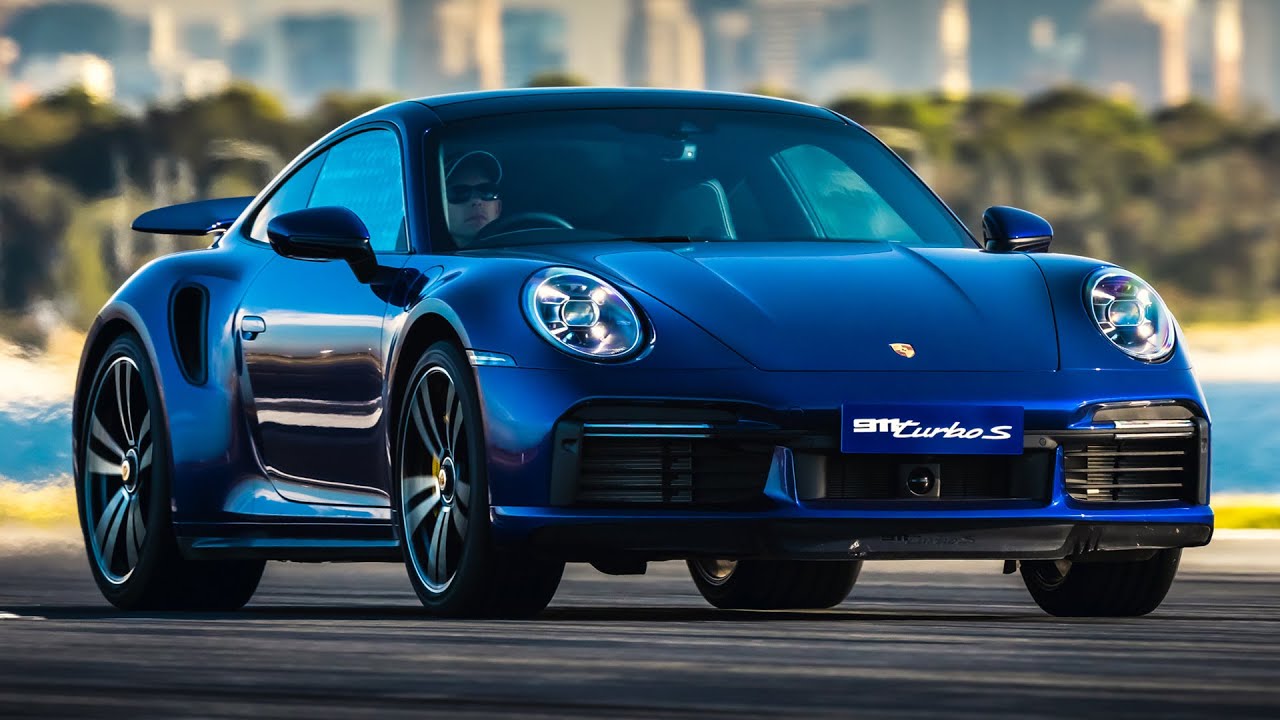 Prior to the COVID-19 crisis, Sydney Airport was Australia’s busiest airport, hosting 44 million passengers and more than 300,000 flight movements annually across its three runways. With passenger traffic down 97 per cent, and with the help of multiple government and regulatory agencies, the airport temporarily closed one runway for the launch of a very special Porsche: the new 911 Turbo S.

The unveiling of the sports car to the Australian market gave 48 VIPs the opportunity to drive along Runway 16L/34R – one of two usually off-limits runways that protrude out into Botany Bay. Supervision was provided by Porsche Track Experience instructors, led by Deputy Chief Instructor and Bathurst 1000 champ Luke Youlden.

“I feel like I’ve got the golden ticket to Willy Wonka.” That’s how one Porsche enthusiast described receiving a ‘boarding pass’ to what may be one of the most exclusive events ever held on four wheels.

The unprecedented event showcased the all-wheel drive acceleration of the latest iteration of a Porsche legend, in safe and controlled conditions on the expansive 2.2-km stretch of tarmac. With 478kW (911 Turbo S: Fuel consumption* combined 11.1 l/100km, CO2 emissions* combined 254 g/km) from its 3.8-litre twin-turbo boxer six-cylinder, the Turbo S can storm to 100km/h in 2.7 seconds.

How the Launch Control event came to life at Sydney Airport
“We always knew we wanted to do something special to launch the Type 992 911 Turbo S,” explains Belinda Coen, Marketing and Events Manager of Porsche Centre Sydney South.

Simply getting to the runway has been a process involving almost a dozen stakeholders and months of meticulous preparation. “There were numerous site visits before we could all agree it was actually possible. Logistically there are so many things to consider: first and foremost, safety,” adds Coen.

The extensive process started with site assessments and an evaluation of the ground surface. While the runway is designed for passenger jets with upwards of 50,000 hp and 300 seats, it also needed to suit a car with 170 kilograms of aerodynamic downforce and suspension designed to lap the Nürburgring. “A lot of work went into understanding the length of the runway and the speeds that the vehicle would be able to get to. From there we worked backwards so that we had every situation covered.”

After months of secret work to bring the big idea to life, Launch Control was cleared for take-off. “It was such a unique and special event,” says Coen, “and a once-in-a-lifetime opportunity that is unlikely to be able to take place ever again.”