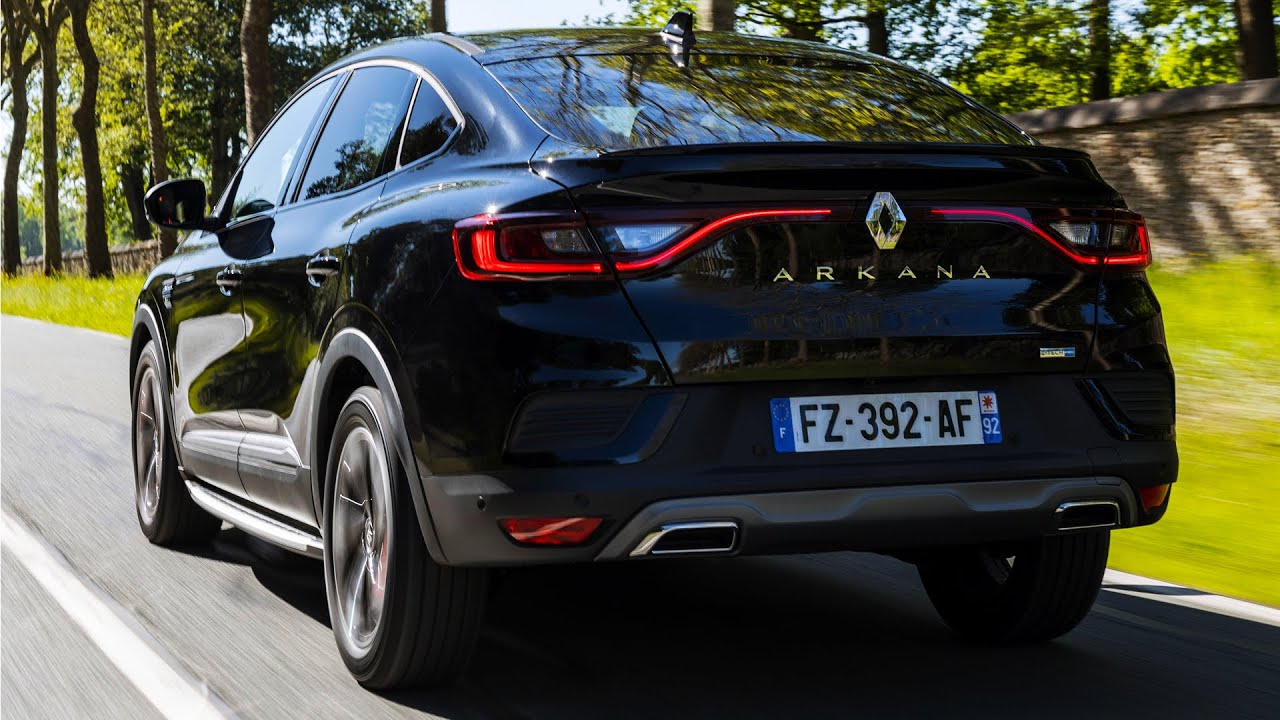 2021 Renault Arkana E-Tech 145 RS Line – The 100% hybrid SUV Coupe. The Renault Arkana is Renault’s first hybrid SUV and is based on the same underpinnings as the smaller Clio and Captur. The Arkana’s coupe-like rear styling is more commonly seen in pricier German SUVs such as the BMW X4 and Mercedes-Benz GLC Coupe, but this ever-growing market is set to feature more models soon, including the upcoming Volkswagen Taigo.

The Renault Arkana combines sleek design with the added benefit of the raised ride height of an SUV. The Arkana’s sloping rear roofline and relatively small side windows make it looks more rakish than your average SUV – especially from the side – while the front and rear skid plates and chunky black wheel arch protectors make sure it looks tougher than a standard family hatchback.

The Renault Arkana is available with two engine options. The E-Tech Hybrid combines a 1.6-litre petrol engine with two electric motors, offering a combined 145hp. It comes fitted with a small capacity 1.2kWh battery and the system prioritises all-electric running unless full power is required. The battery can recharge itself under deceleration and braking. Renault claims it’ll return up to 57.6mpg.

The TCe 140 model consists of a 1.3-litre engine combined with a mild-hybrid system and 12-volt starter generator. It offers 140hp and a combined fuel consumption figure of 48.7mpg. It’s the quicker of the two Arkana models, getting to 60mph from rest in less than 9.8-seconds. All models are fitted with automatic gearboxes as standard.

The All-New Renault Arkana is now available to order with first deliveries expected in September 2021. The entry-level Iconic trim costs from £25,300 but you’ll need £30,900 for the R.S. Line model fitted with the E-Tech hybrid engine.

Notable options include an opening sunroof for £1,000 and the Renault Easy Drive system for the R.S. Line trim which adds adaptive cruise control and lane-keeping assistance for £350.