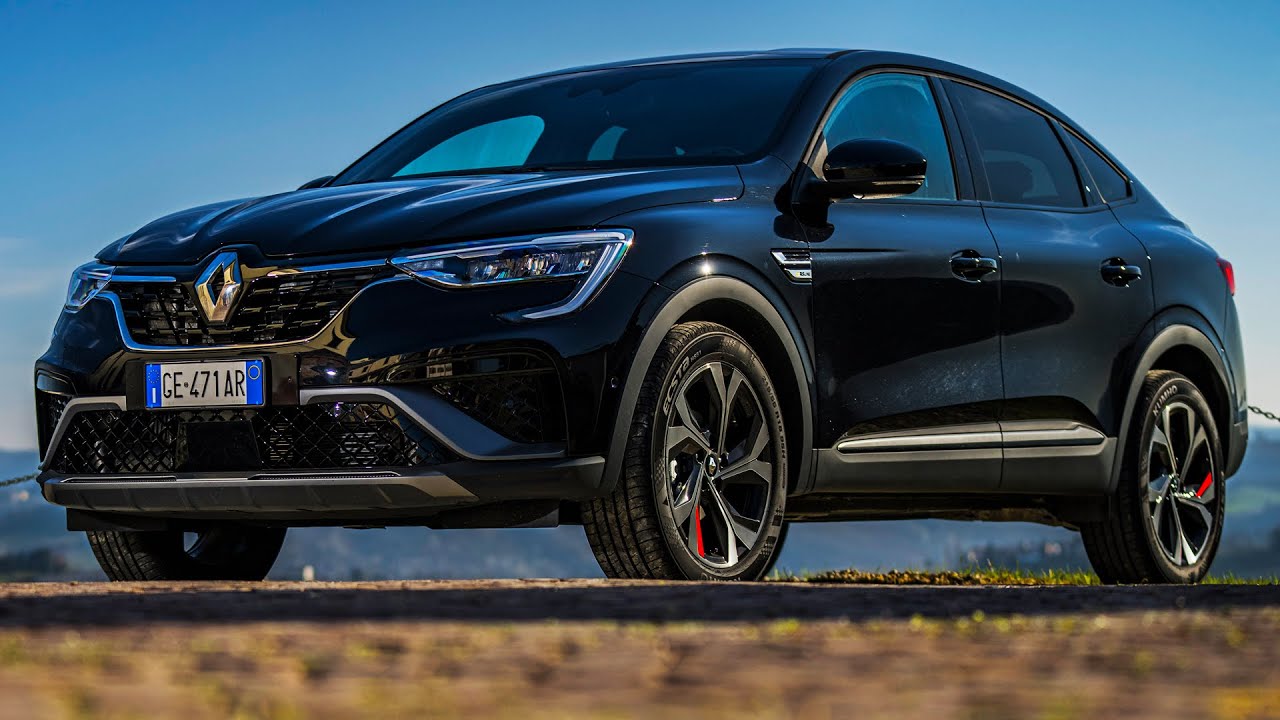 This is the new Renault Arkana. It marks the French brand’s first foray into the coupe-SUV market – where it will undercut the likes of the Mercedes GLC Coupe and BMW X4. The Arkana will go on sale next July, with first deliveries expected to arrive in September 2021.

The Arkana is built on the same CMF-B platform as the current Clio and Captur – and it shares elements of both those cars’ design. The front end features the same c-shaped daytime running lights and radiator grille as the Clio, while the SUV’s glasshouse and ride height bear resemblance to the Captur.

Renault’s biggest styling change for the Arkana is its coupe-like rear end, which is unlike anything else currently in its segment. When it reaches the UK, the Arkana will sit in relative isolation, as the only other mainstream manufacturers with plans to introduce a coupe-SUV are Skoda and Kia – and both those cars will be pure-electric only.

The Arkana’s larger rear end has given it a boot capacity of 513 litres – which is 122 litres more than the Clio. Renault has also added a couple of practicality tweaks, such as flat-folding rear bench seat, a 360-degree parking camera and large front door pockets which can accommodate 1.5-litre water bottles.

The Arkana’s interior will also feature Renault’s latest infotainment technology. Buyers can pair either a 4.2-inch, seven-inch or 10-inch digital instrument cluster with either a seven-inch or 9.3-inch portrait infotainment system. Apple CarPlay and Android Auto are supported, as are over-the-air updates and live traffic updates.

Buyers will be offered adaptive cruise control, an active emergency braking system, lane keeping assist, a traffic sign recognition system and Renault’s Motorway and Traffic Jam Companion – an autonomous driving mode which can assume control of the car’s throttle, brakes and steering on the motorway.

Trim-levels and specs
We’re yet to receive a full run-down of the Arkana range, but Renault has confirmed that buyers will be offered its sporty R.S. Line trim-level. Upgrades for this flagship model will include a new front splitter, red coachlines, black alloy wheels and a more aggressive rear bumper that houses a pair of chrome exhaust outlets.

Inside, the Arkana R.S. Line will feature contrasting red stitching on the seats and steering wheel, a black headlining and an aluminium pedal box. Unique red-striped seat belts will also feature, along with carbon-effect coverings for the dashboard and door cards.

Finally, buyers can pick from a few cosmetic extras, such as a contrasting black roof, three alloy wheel designs in either 17-inch or 18-inch diameters and seven body colours – including an R.S. Line-exclusive Valencia Orange paint finish.

Engines and drivetrains
Buyers will have their choice of two powertrains. The entry-level model features the same turbocharged 1.3-litre four-cylinder mild-hybrid petrol engine as the latest Clio. It’ll have an output of 138bhp and 260Nm of torque – and will send drive to the front wheels via a dual-clutch gearbox.

The flagship Arkana will feature a full hybrid powertrain, comprising a 1.6-litre four-cylinder petrol engine, two electric motors and a lithium-ion battery, for a maximum output of 158bhp. It’ll send drive through an innovative F1-derived clutchless dogbox transmission, which Renault says is more efficient and smoother than a conventional automatic.