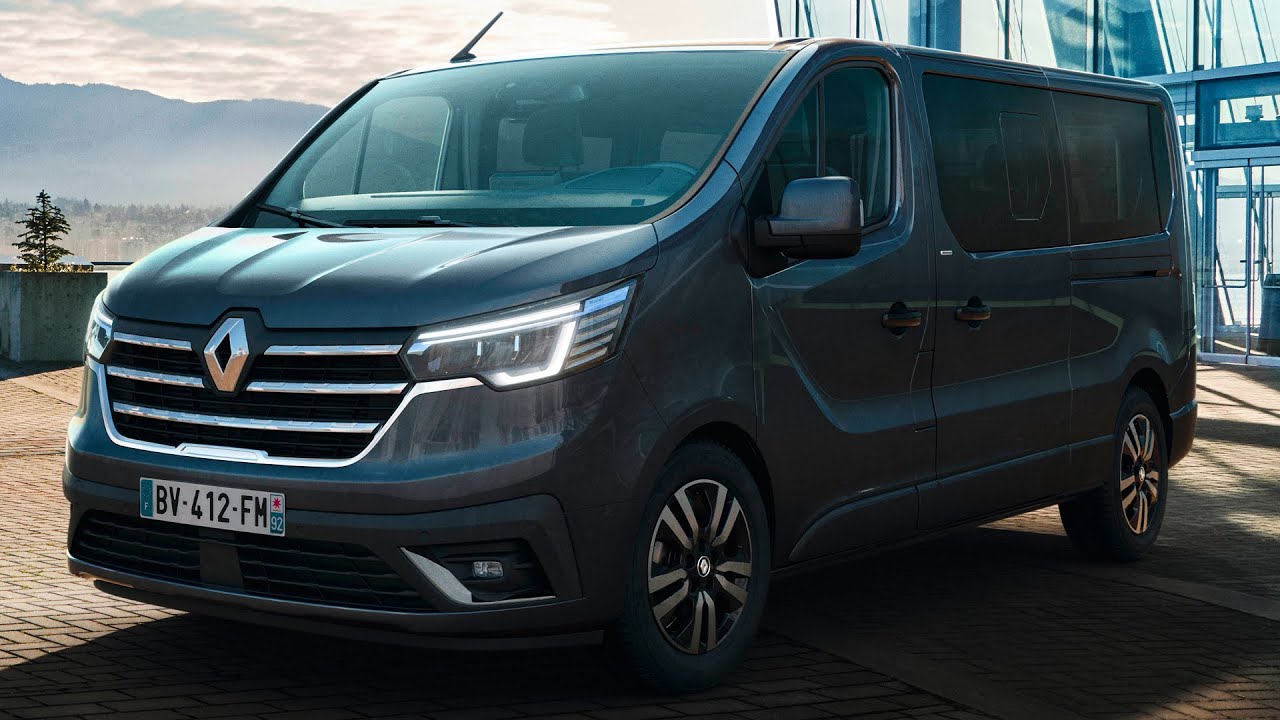 2021 Renault Trafic SpaceClass – Exterior and Interior / VIP luxury minibus. Renault has presented its new range of vans. In addition to publicizing its light commercial vehicles, the Renault Kangoo Furgón and the Express Furgón 2021, the diamond brand has done the same with its medium passenger vans: the renewed Renault Trafic Combi and the SpaceClass.

While the Renault Trafic Combi is intended for the transport of large families, members of companies or public administrations, the SpaceClass is the most luxurious variant and, therefore, the one that especially reward comfort.

Thus, the SpaceClass Signature variant is aimed at the ‘VIP’ passenger transport companies, as it comes equipped with leather upholstery and an executive class interior. In fact, the interior becomes a kind of mobile living room-office with space for up to five people in individual, sliding and face-to-face swivel seats, and with a removable center table.

But a version has also been reserved for individuals, the SpaceClass Escapade, perfect for adventurers who do not give up comfort. As main claims for this, it has seats that se can transform into a bed up to 1.90 m long, accompanied by a removable table and an additional reading light on the side.

The bodywork of the new Trafic Combi will be available in a new color, the ‘Carmine Red’, which will be added to six others: Glacier

For its part, in order to give it that more exclusive character, the SpaceClass can be chosen in four metallic colors: Midnight Black, Highland Grey, Comet Grey, and Carmin Red.

Both will equip 17-inch wheels as standard.

Inside, the headroom in the two models is estimated at 935mm and the storage capacity has been increased to 86 liters.

The new Trafic Combi and SpaceClass will hit the market with two body length options, being able to reach 1.8 cubic meters of space for the trunk and accommodate nine passengers at the same time. The cargo space in the trunk ranges between 1 and 6 cubic meters, depending on the version. The short is a 5,080 mm long vehicle, while the long goes up to 5,480 mm in length.

To level technological, both vans incorporate the Renault Easy Link infotainment system with an 8-inch touch screen and compatible with Android Auto and Apple CarPlay, and a 15W inductive charging system for the mobile.

Regarding the systems of driving aids and safety elements, the Trafic Combi and SpaceClass feature adaptive cruise control, active emergency braking, involuntary lane departure warning, blind spot warning, and a front airbag on the right side of the cabin that covers two passengers, among others.

The Renault Trafic Combi and SpaceClass will go on sale only with diesel engines. You can choose between the 110 hp Blue dCi engine (only in the Trafic Combi), 150 hp or 170 hp.

The engines will be managed by a six-speed manual transmission, or by an EDC automatic in the case of the 150 and 170 hp versions.

The Renault Trafic Combi and SpaceClass will be produced at the French plant in Sandouville. The purely commercial version of Nuevo Trafic will be launched at the end of 2021.