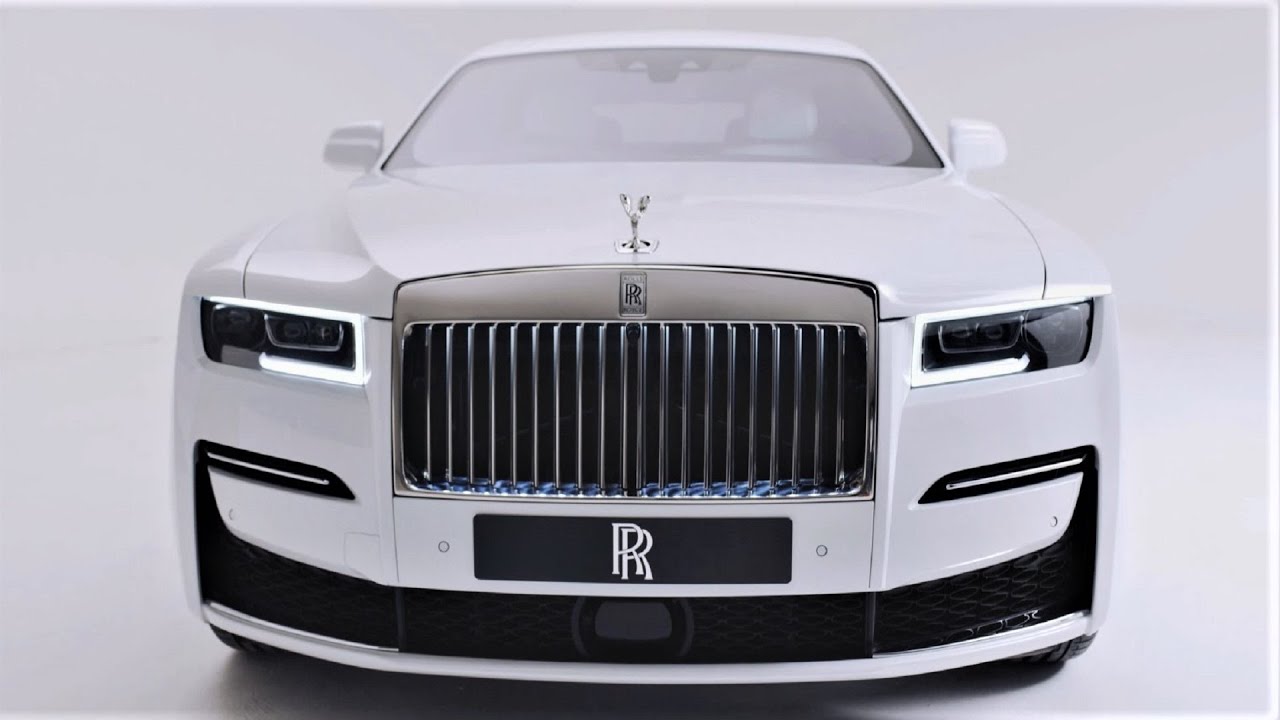 In its most pared back form, the Rolls-Royce architecture is based around four fixed points, one at each corner of the motor car. The moveable aluminium bulkhead, floor, crossmembers and sill panels were positioned specifically to ensure new Ghost meets client expectations as a motor car that is equally enjoyable to drive as it is to be driven in. Two of the cast suspension mounting assembles were pushed to the very front of new Ghost, placing its 6.75-litre V12 behind the front axle to achieve an optimum 50/50 weight distribution.

To accommodate this without intruding on new Ghost’s interior suite, its overall length has grown by 89mm, compared to the first Goodwood Ghost, to 5546mm, and its overall width has grown by 30mm to 1978mm. Significant changes were also made to the double-skinned bulkhead and floor structure packaging.

These were undertaken to incorporate an all-wheel drivetrain, all-wheel steering and completely redesigned Planar Suspension System, which further enhances the marque’s hallmark Magic Carpet Ride. This was achieved without compromising the motor car’s low centre of gravity, which aids cornering dynamics.

Further capitalising on the marque’s aluminium expertise, the metal superstructure of new Ghost is 100% made of the material. The car’s outer body is rendered as one clean, expansive piece, flowing seamlessly from the A-pillar, over the roof and backwards to the rear of the car, recalling the seemingly one-piece coachbuilt Silver Dawn and Silver Cloud models.

This complete absence of shut lines allows clients to run their eye from the front to the rear of the car uninterrupted by ungainly body seams. To achieve this, four craftsmen hand weld the body together simultaneously to ensure a perfectly continuous seam. In addition, 100% aluminium, laser-welded doors have been used. This not only offers weight benefits and remarkable 40,000Nm/deg stiffness, but the material has a lower acoustic impedance than steel, improving cabin ambience.

The marque’s hallmark Magic Carpet Ride has evolved. For new Ghost, engineering specialists redesigned the motor car’s suspension completely to deliver what is called the Planar Suspension System. Named after a geometric plane, which is completely flat and level, the system is the result of ten collective years of testing and development to create a sense of flight on land never before achieved by a motor car.

Created through physical engineering developments as well as sophisticated scanning and software technology, it incorporates a world-first Upper Wishbone Damper unit above the front suspension assembly, creating an even more stable and effortless ride. This works alongside the Flagbearer system, which uses cameras to read the road ahead and prepare the suspension system for any changes in road surface, as well as the marque’s Satellite Aided Transmission. These technologies are managed as one through a bespoke Planar software system. New Ghost can now anticipate and react to the most demanding road surfaces.

The five-link rear axle benefits from the same self-levelling high-volume air suspension technology, as well as rear-wheel steering. Both axles are managed via the marque’s Planar software. This also governs new Ghost’s other chassis technologies, including the all-wheel drive, all-wheel steering, stability control and self-drying braking systems, to ensure the motor car is reacting as one to changes in surfaces or grip levels while also maintaining a spirited, dynamic personality.

The Planar software also manages information that requires new Ghost to proactively adapt to intrusions in the road ahead. The first of these technologies is the marque’s Flagbearer system. Evocative of the men who were required by law to carry a red flag ahead of early motor cars, this technology consists of a stereo camera system integrated in the windscreen to see the road ahead, adjusting suspension proactively rather than reactively up to 100km/h. The second is Rolls-Royce’s Satellite Aided Transmission system, which draws GPS data to pre-select the optimum gear for upcoming corners. The result is unprecedented levels of ride comfort and control for a motor car.