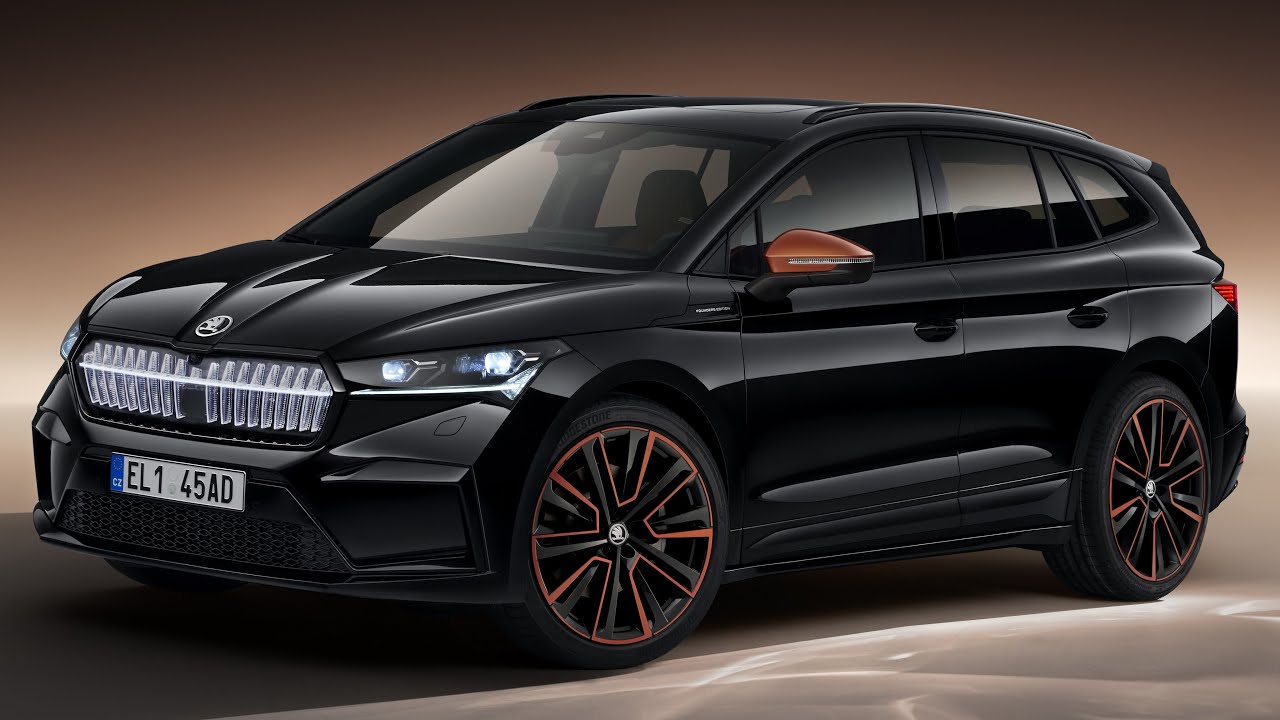 The Founders Edition and the ENYAQ RS iV are equipped with a Crystal Face, which includes a stunning, illuminated radiator grille, as standard. For the ENYAQ 80 iV and ENYAQ 80x iV, it is available as an option. The crystalline-look front of the ENYAQ iV is illuminated by 130 LEDs – a design highlight already seen in the ŠKODA VISION iV concept study. The Founders Edition is available in two engine/battery variants and two colours. It also comes with 21-inch alloys, sporty front and rear aprons and the ecoSuite Design Selection featuring sustainably tanned leather.

With the Design Selections, ŠKODA designers have created holistically coordinated interior options based on modern living environments. These differ, for example, in terms of the upholstery, decorative trims and dashboard as well as by using different materials. Furthermore, depending on the chosen Design Selection, the floor mats, centre console and ambient lighting also have a different feel and appearance. The entry-level ENYAQ 50 iV starts with the puristic Studio design. The Loft option, which comes as standard for the ENYAQ 60 iV upwards, is based on modern, homely apartments for young families.