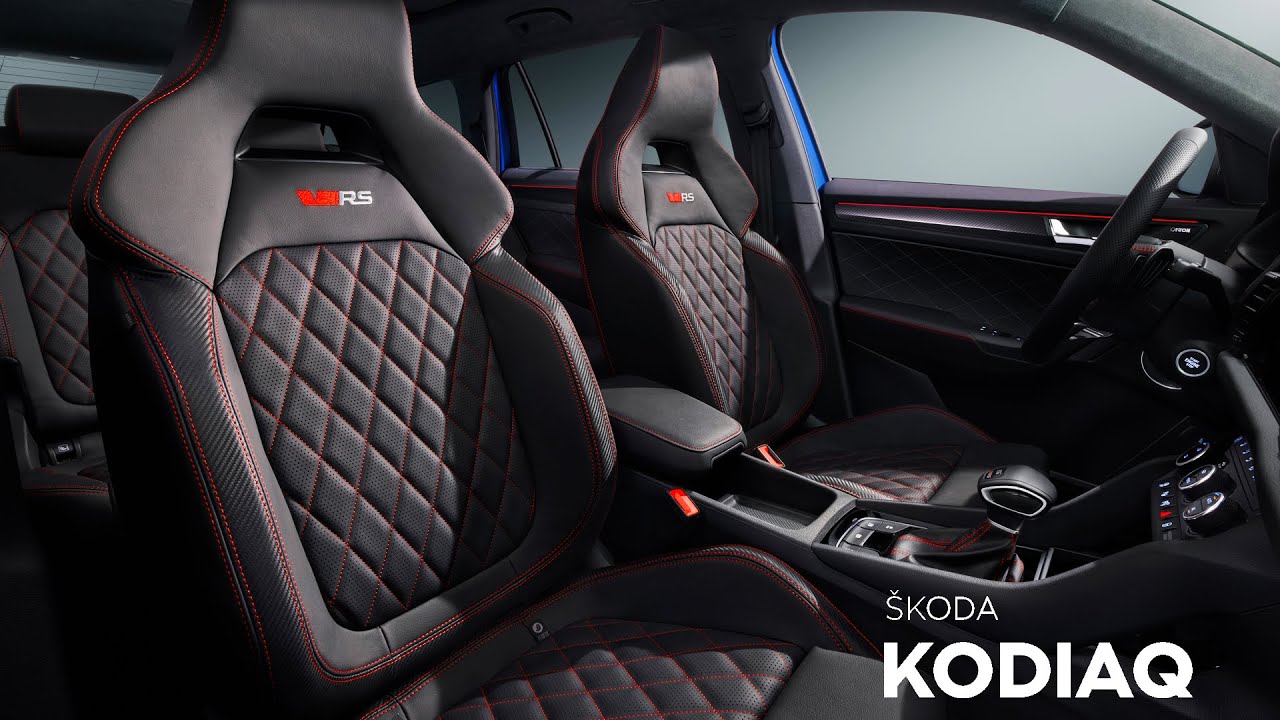 2021 Skoda Kodiaq INTERIOR – Features and Details / Style, L&K, RS, Sportline. The time has come for Skoda’s largest SUV to get a facelift in order to avoid a midlife crisis. Launched in 2016 and sold in more than 60 countries, the Kodiaq has been produced in more than 600,000 examples, including the sporty-looking Kodiaq GT available exclusively in China. Sold in five- and seven-seat configurations, the midsize SUV is produced at four plants and has been an immense success for the Czech brand.

The cosmetic tweaks are not easy to spot right away if you’re not extremely familiar with the Kodiaq. There’s a redesigned hood and a more upright front grille, while the headlights are slimmer than before and employ matrix LED technology as optional equipment. The changes made serve a functional purpose as the Kodiaq is a bit more aerodynamic than before after tweaking the bumpers and installing a new roof-mounted spoiler.

Depending on trim level, the facelifted SUV can be had with a choice of 17- to 20-inch wheels and some of them have been updated for the sake of reducing drag. The high-performance Kodiaq RS rides on a new set of 20-inch polished wheels finished in metallic black and equipped with aero plastic shields. Additional previously unavailable wheels are being launched for the lesser versions to give customers more options.

Stepping inside the cabin, optional ergonomic seats wrapped in perforated leather are being launched with the facelift and feature a massaging function along with heating and electrical adjustment. Some trim levels can also be had with eco seats made using recycled vegetable materials, while the base model gets new fabric upholstery. Although this isn’t a BMW, an optional M Package for the Style trim level brings a combination of leather and fabric upholstery.

The two-spoke steering wheel we’ve seen on other Skoda models is being added to the Kodiaq as well as more sophisticated LED ambient lighting. There’s an updated Canton sound system with ten speakers (instead of the previous eight) with a trunk-mounted subwoofer, along with the company’s latest 10.25-inch digital instrument cluster and a 9.2-inch touchscreen.

As previously reported, the Kodiaq RS is losing its twin-turbodiesel engine. Instead, the 2.0-liter TSI found in the Octavia RS will be installed in the three-row SUV, complete with 245 horsepower or 5 hp more than the BiTDI. It’s also 60 kilograms (132 pounds) lighter, while the revised seven-speed DSG has slashed another 5.2 kg (11.4 lbs).

Skoda doesn’t say how much power the gasoline unit generates, but we’ll remind you it pushes out 370 Newton-meters (273 pound-feet) in the TSI-powered Octavia RS. If that number will be carried over in the Kodiaq RS facelift, it’s going to represent a significant drop from the diesel’s torquey 500 Nm (369 lb-ft).

The other engines available include a 1.5-liter TSI with 150 hp for the base front-wheel-drive-only Kodiaq, which is going to be the only version with a six-speed manual transmission. A beefier 190-hp 2.0 TSI is also available, and so is the 2.0 TDI Evo with either 150 hp or 200 hp. Depending on powertrain selection, buyers can order the SUV with a seven-speed DSG and optional all-wheel drive.

Following today’s unveiling, the Skoda Kodiaq facelift will go on sale in Europe from July.