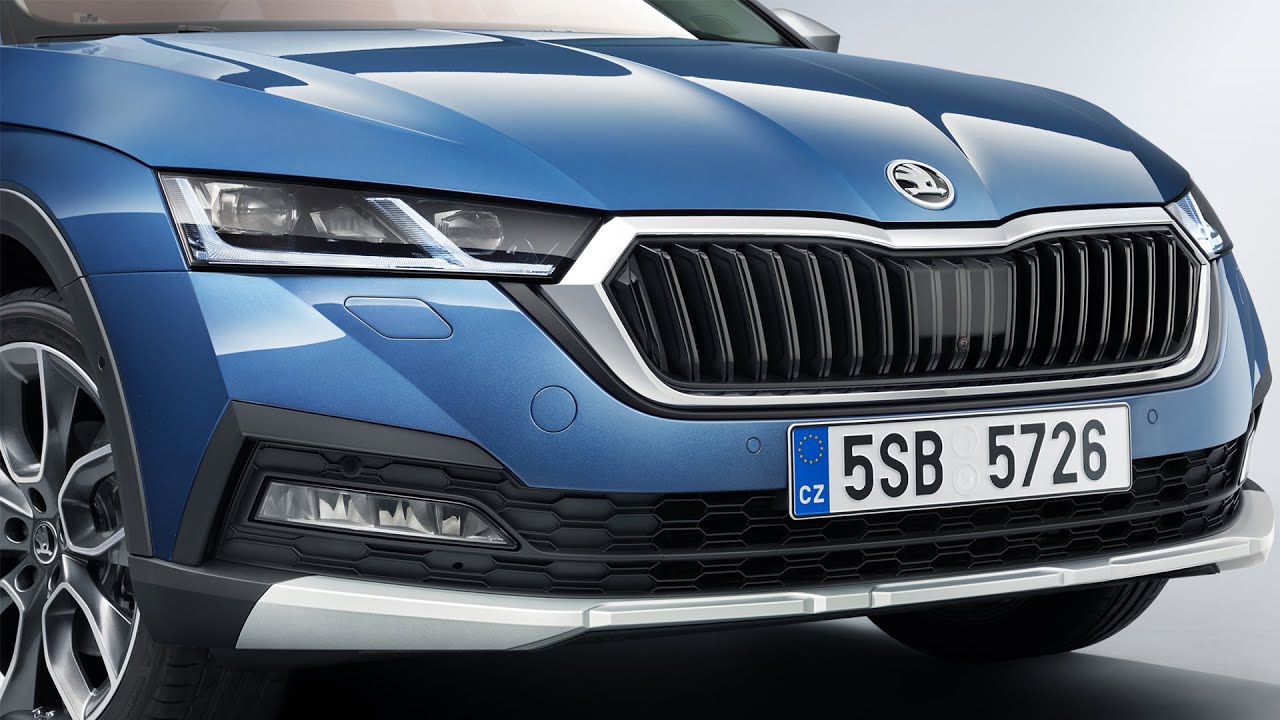 2021 SKODA OCTAVIA SCOUT – The Most Versatile Octavia. Following the launch of the RS earlier this year, Skoda is now diversifying the Octavia lineup furthermore with the launch of the Scout. Much like its predecessors, it’s a wagon-only affair and benefits from an increased ground clearance compared to the regular wagon. It sits 15 millimeters (0.6 inches) higher to offer some light off-roading capabilities courtesy of the standard rough road package.

While the versions before it all had standard all-wheel drive, the new Octavia Scout will be available for the first time also with a FWD layout to lower the asking price. Being a member of the Volkswagen Group, it shouldn’t come as a surprise there are multiple powertrains to choose from, starting with the 1.5 TSI gasoline engine with 150 horsepower and a 2.0 TDI diesel with 115 hp. These two are hooked up to a six-speed manual gearbox.

Step up to the 1.5 TSI e-TEC engine and Skoda will reward you with mild-hybrid technology and a seven-speed, dual-clutch automatic transmission. If you need more power, there’s also a bigger 2.0 TSI producing 190 hp, while the 2.0 TDI EVO is making its debut in the Octavia with a generous 200 hp and 400 Newton-meters (295 pound-feet) of torque. Both top-tier gasoline and diesel engines come with AWD and the DSG, with the diesel being able to pull a braked trailer weighing as much as 2,000 kilograms (4,409 pounds).

Being based on the latest-generation Octavia Combi, the new Scout is 16 millimeters (0.6 inches) longer and 15 mm (0.5 inches) wider than the old version while offering a best-in-class cargo capacity of 640 liters (22.6 cubic feet). You can easily tell it’s the more adventurous version by the underbody protection at the front and rear finished in faux aluminum, along with plastic body cladding around the wheel arches. The standard 18-inch wheels can be replaced by an optional 19-inch set featured in the adjacent gallery.

Skoda has also made some changes inside the cabin to separate the Scout from the other versions of the Octavia range. For example, those seats are exclusive to the outdoorsy variant and you also get wood-like trim on the dashboard complemented by brown stitching throughout the cabin. To spice things up, the company throws in chrome detailing on the center console, door trims, and handles.

The Czech VW Golf Alltrack will go on sale later this year in Europe with a generous list of standard equipment. These include goodies such as silver roof rails, heated and electric folding mirrors, and LED fog lights, along with options varying from full-LED matrix headlights to a 10-inch touchscreen for the infotainment system.

Further details about the 2021 Skoda Octavia Scout will be disclosed in early July when the Mladá Boleslav company will also have some news to share about “new features” for its best-selling car.
Source: Skoda