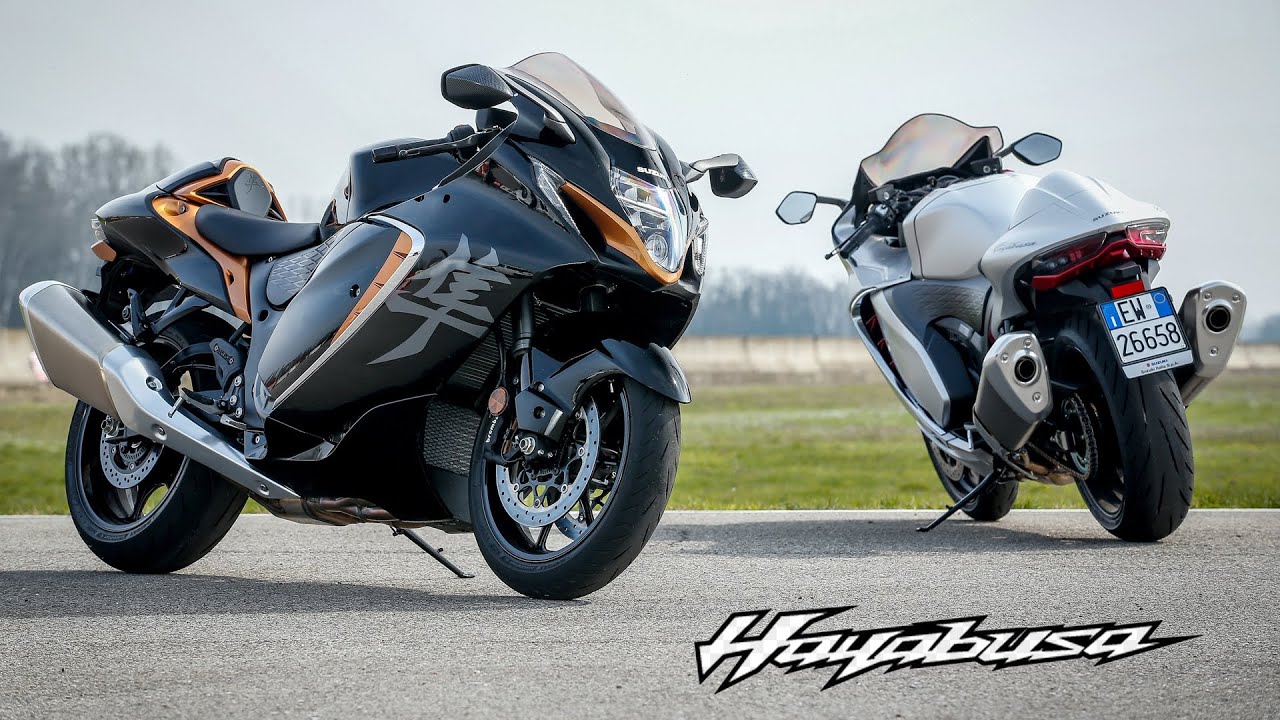 The original Hayabusa unexpectedly snatched the motorcycle world’s top-speed crown shortly after its introduction in 1999. The second-generation model released in 2008 built on its predecessor’s achievements, but emissions regulations killed it in 2018. Consigning the nameplate to the history book wasn’t an option, however.

Built with over 550 new parts, the third-generation Hayabusa remains low, long, and wide, like its predecessors. Its overall design is sharper, however, and the vents on either side of the engine are bigger. Put another way, it’s not a Xerox copy of its predecessor, but it remains recognizable as a member of the vaunted Hayabusa line.

The rider faces an instrument cluster with four analog gauges and a new color thin-film transistor (TFT) screen in the middle. Suzuki increased the font size to make the gauges easier to read, even at triple-digit speeds. Buttons on the handlebar let users select the information displayed on the TFT screen, a function that comes from the car world. Available menus include the lean angle, the pressure of the front and rear brakes, and the throttle position.

Power for the third-generation Hayabusa comes from a reworked version of the second-generation model’s 1,340cc four-cylinder engine. The list of redesigned parts includes the pistons, the connecting rods, the crankshaft, and the magneto. Interestingly, reusing this engine wasn’t the engineering department’s first choice.

“We considered a variety of engine configurations before arriving at the final design. Experimentation included building prototypes with larger-displacement engines, turbocharged versions, and others with six cylinders. In the end, we came to the conclusion that the original engine package achieved the best overall balance. We also came to the conclusion that not changing the basic layout was key to retaining the Hayabusa’s distinct identity,” explained Naoki Mizoguchi, one of Suzuki’s engine designers, in a statement.

While a six-cylinder Hayabusa would have been utterly wild, it sounds like the new four-cylinder suits the bike’s character well. Performance specifications have not been released yet, but Mizoguchi pointed out that his main goal was to increase low- and mid-range torque to create the fastest-launching Hayabusa yet. The changes made also improve durability, reliability, and daily rideability, so the Hayabusa doesn’t need to be a garage queen.

Its top speed is electronically limited to 186 mph. There’s no word on how fast it can go with the limiter removed, and we likely won’t find out — at least not from Suzuki. Japanese and European motorcycle manufacturers agreed to limit their bikes to 186 mph starting in 2000 to end the speed war that exploded during the 1990s.

Electronics have permeated the motorcycle world, and the Hayabusa enters its third generation with a panoply of software, including ride-by-wire technology. Suzuki added the latest version of its Suzuki Intelligent Ride System (SIRS) system, which bundles different preset and configurable riding modes, a launch control system, and cruise control. Riders can even dial in how the engine’s power is delivered to the rear wheel; one riding profile notably reduces its initial power output for smoother starts and gradually unlocks peak power higher in the rev range.

The straighter, more chiseled fairings are bolted to an aluminum frame that’s lighter than the previous-generation model’s. Engineers also installed bigger brakes sourced from Brembo and a fully adjustable suspension.

Suzuki dealerships around the world will begin receiving the third-generation Hayabusa in March 2021. Pricing starts at 16,499 pounds in England, which represents approximately $22,600. American availability hasn’t been announced yet, but we fully expect that the nameplate will return to our shores in the coming months.