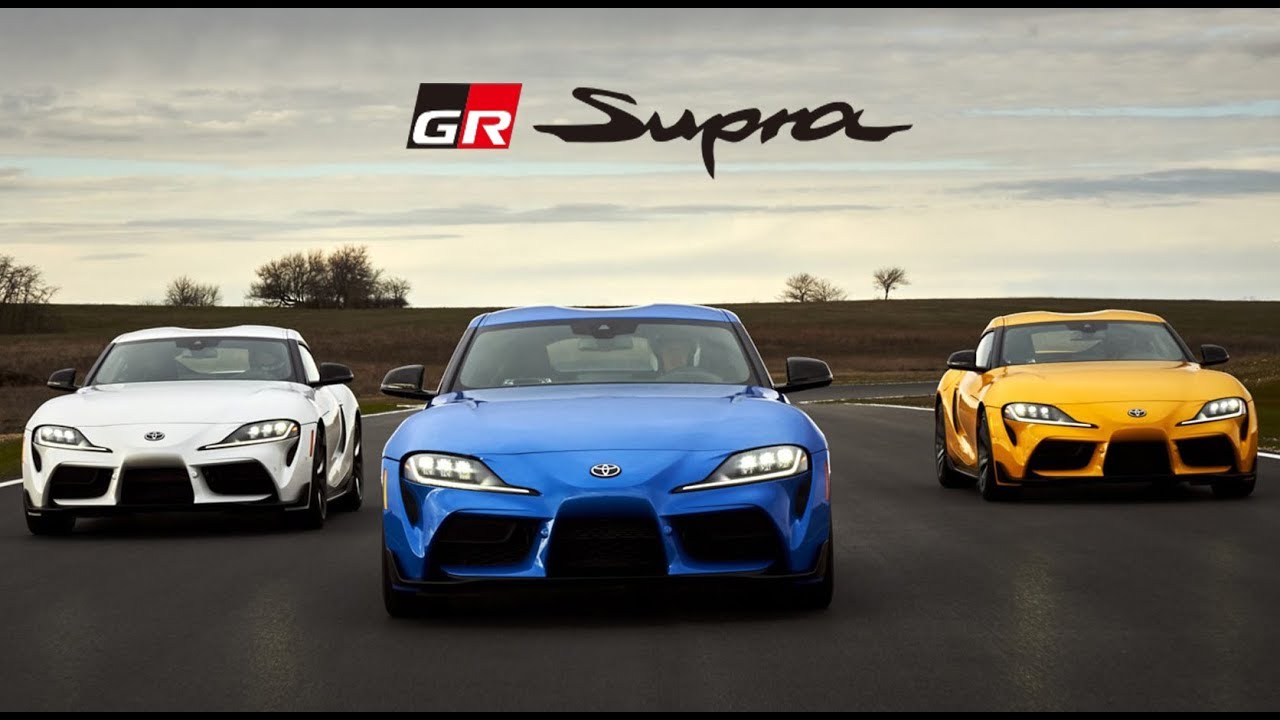 2021 Toyota GR Supra – More Power and First-Ever Four-Cylinder Turbo. After making its grand return last year, the Toyota GR Supra makes an even bigger statement this year. The company announced the wonderful news yesterday at a presentation that took place at the Daytona International Speedway in Florida.

First, the GR Supra as we know it is getting a significant power boost for 2021. Just like the platform-sharing BMW Z4, its turbocharged 3.0-litre inline six-cylinder engine now generates 382 horsepower (instead of 335) and 368 pound-feet of torque (instead of 365). The engine needs to rev a little bit higher to achieve these numbers, however.

It’s all possible thanks to a new dual-branch exhaust manifold that improves heat management and a new piston design that reduces the engine’s compression ratio from 11:1 to 10.2:1. The eight-speed automatic transmission with paddle shifters carries over for 2021 as Toyota still refuses to add a manual gearbox. Anyway, expect to save about two tenths of a second from 0-100 km/h.

Engineers also improved the chassis by fitting lightweight aluminum braces that tie the strut towers to the radiator support. Revised tuning for the dampers, electric power steering, adaptive suspension, stability control and active differential works in concert with the hardware changes to make the car more stable through quick transitions, such as compound turns.

Version 2.0
The more powerful GR Supra gets the “3.0” moniker to set it apart from the new 2.0. That’s right: as previously hinted, Toyota is expanding the 2021 lineup with a turbocharged 2.0-litre four-cylinder variant that will fill a big void between the current 86 and the 3.0-litre Supra.

The technology is very much the same, including a twin-scroll turbo, direct fuel injection and continuously variable timing on both the intake and exhaust camshafts. The bottom line is 255 horsepower at 5,000-6,500 rpm and a 295 pound-feet of torque at 1,550-4,400 rpm. Once again, the numbers are identical to those of the four-cylinder Z4.

Using the same eight-speed automatic transmission, the new GR Supra 2.0 sprints from 0-100 km/h in just over five seconds. Fuel consumption will naturally be lower, especially since the car is roughly 200 pounds lighter, though the official ratings are not available yet.

This entry-level model makes do with smaller front brake discs, no active differential and no adaptive suspension. Full equipment details for Canada will be specified at a later date.

The 2021 Toyota GR Supra is expected to reach showrooms in June.

GR Supra GT4
Toyota also came to Daytona to present the new GR Supra GT4 race car, which will be sold to customer teams beginning in August.
Exclusively designed for the track and built by Toyota Motorsport GmbH, the main highlight is a 430-horsepower version of the turbocharged 3.0-litre mill, along with a seven-speed sports automatic transmission, a mechanical limited-slip differential and an Akrapovic exhaust system.

Braking performance is enhanced, weight is reduced even more (down to 2,976 pounds or 1,350 kilograms) and safety is maximized with a high-strength roll cage and an FIA-standard racing seat with six-point harness.