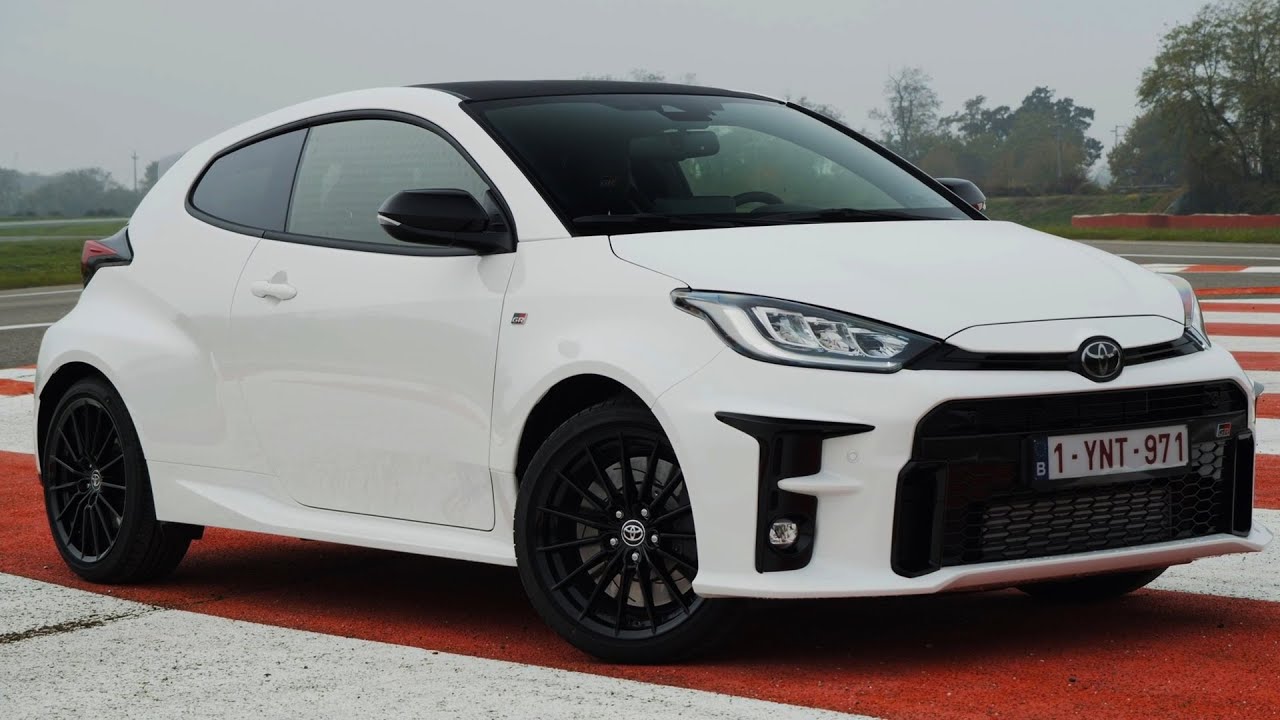 2021 Toyota GR Yaris Interior, Exterior and Drive / The exciting hot hatch. Toyota has confirmed that the new GR Yaris will be priced from £29,995 for the base-model, or £33,495 for the uprated Circuit Pack variant.

The GR Yaris was developed collaboratively by Toyota Gazoo Racing and Tommi Mäkinen Racing, Toyota’s partner in the WRC. It features a range of motorsport-derived design features, such as an all-new 257bhp turbocharged three-cylinder engine, a dedicated two-door platform and a unique chassis and suspension setup.

The race-prepped GR Yaris was stitched together from a combination of Toyota’s GA-B and GA-C platforms, while the standard fourth-generation hatchback is only based on the former chassis. The rally car also features a completely different two-door body shell and a unique set of mounting points – so the GR Yaris had to be put into production if Toyota wanted to race it in the World Rally Championship.

As an added benefit, the GR Yaris serves as a means of giving Toyota a more tangible link between its motorsport efforts and its roadgoing range – especially in a model like the standard Yaris, which is focused on practicality and efficiency.

The GR Yaris is powered by a motorsport-derived turbocharged 1.6-litre three-cylinder engine which, for the UK market, develops 257bhp and 360Nm of torque – although Japanese buyers get a more potent version of the same unit, which produces 268bhp and 370Nm of torque. Toyota says the engine gives the UK market GR Yaris a 0–62mph time of “less than 5.5 seconds” and an electronically limited top speed of 143mph.

Power is sent through a six-speed manual gearbox to Toyota’s “GR Four” adaptive all-wheel-drive system, which features two limited-slip differentials and a unique coupling which automatically manages the torque split between the front and rear axles. It’s much lighter than a conventional all-wheel-drive system and Toyota says it has the theoretical capability of sending all of the engine’s power to either axle, depending on the situation.

The driver can also manually adjust the GR Yaris’s torque split using a switch in the cabin. In “Normal” mode, the GR Yaris sends 60 percent of the engine’s power to the front wheels and 40 percent to the rear. “Sport” mode shifts this ratio to 30:70, while “Track” mode locks the two axles together in a 50:50 split for improved grip and handling.

It’s only available as a three-door, as it’s a body style that offers the greatest chassis rigidity, the lightest kerbweight and the best scope for aerodynamic aids. Aluminium is used for the bonnet, boot-lid and door panels, while the standard 2020 Yaris roof panel has been swapped for a carbon-fibre reinforced plastic replacement.

Previously, Toyota disclosed that the GR Yaris has a 95mm lower roof line than a conventional Yaris, to clean up the air that reaches the rally car’s huge rear wing and improve aerodynamic performance. The car’s engine also sits further back in the bay than in the regular model, which improves weight distribution.

For an extra £3,500, buyers can also choose to upgrade their GR Yaris with Toyota’s optional Circuit Pack, which adds a mechanical Torsen limited-slip differential on each axle, an uprated suspension system and a set of lightweight forged 18-inch alloy wheels, wrapped in Michelin Pilot Sport tyres.